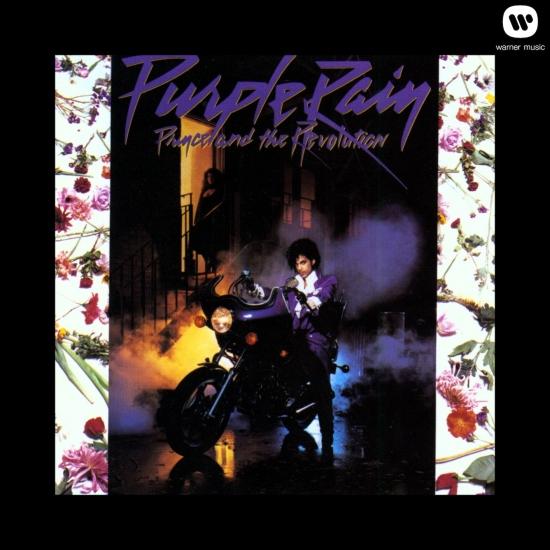 Maybe this music by Prince & the Revolution will never quite sound as, well, revolutionary as it did in 1984 (and nothing else has ever sounded like the extraordinary cooing and fluttering of 'When Doves Cry'), but it's a pop landmark in Prince's Artistic career. The hit movie was really just a big-screen showcase for Prince to perform these songs (some of them in tear-the-roof-off 'live' versions set in a Minneapolis club). It's unclear why that warped sermonette introduces 'Let's Go Crazy' (one thing you've got to love about Prince: he's always been weird), but somehow it works. Other highlights include the sexual scorcher 'Darling Nikki' (with its crazy backwards coda) and that anthemic title tune. Don't you miss Wendy and Lisa, too? (Jim Emerson)
'Following the commercial breakthrough of 1982's double album, 1999, with all its attendant sexual shenanigans and electro-funk beatbox rock it was time for Prince Nelson Rogers to cement his reputation for all time. Already (and rightly) labelled as the imp of the perverse, Purple Rain was to be the biggest, most audacious statement that the diminutive artist could possibly make. Not only an album but also a (supposedly semi-autobiographical) film, PR was his defining achievement. In the autumn of the year of its release it was well nigh impossible to go anywhere without hearing the words 'Dearly beloved...'.
Already in trouble with the so-called Moral Majority, Prince never could curb his priapic enthusiasm. The track Darling Nikki with its references to female onanism was never going to slip by unnoticed. Yet what really stuck in the mind after the smut had settled was Prince's ability to fashion the most avant garde pop imaginable while still making you want to shake your booty. When Doves Cry manages to squeeze in electro keyboards, squalling guitar, rattling drum machines and snarling backing noises, just in its first 30 seconds. Oh, and it has NO bass. Talk about clever.
On that note; up until that point the purple one had mainly done all the chores himself. The multi-talented multi-instrumentalist was entirely capable of doing it all himself (just like his hero, Todd Rundgren) but here he's properly joined by The Revolution. This beefed up the sound somewhat. Through the alleged religious allegory of I Would Die 4 U (yeah, right) to the prog stretch of Computer Blue, it's very much a product of its time, but resists any aging process; unlike the film, which mixes superb live footage with cringeworthy acting.
And yet he still had a tour de force waiting. The title track is still one of the most affecting blues soul laments ever recorded. Equal parts Hendrix and Marvin, and yet utterly Prince. Its eight-minute climax to both film and album was a masterstroke. Like Michael Jackson after Thriller, no amount of subsequent weirdness could detract from this achievement.' (Chris Jones, BBC Music)
Prince & The Revolution:
Prince, vocals, guitar, keyboards
Wendy Melvoin, vocals, guitar
Lisa Coleman, vocals, keyboards
Matt 'Dr.' Fink, vocals, keyboards
Brown Mark, vocals, bass
Bobby Z, percussion
Additional personnel:
Apollonia, vocals
Novi Novog, violin, viola (on tracks 2, 8, 9)
David Coleman, cello (on tracks 2, 8, 9)
Suzie Katayama, cello (on tracks 2, 8, 9)
Recorded at The Warehouse, St. Louis Park, Sunset Sound, First Avenue, Record Plant, N.Y.C.
Engineered by Susan Rogers, Peggy Mac, David Riukin
Mastered by (Originally Master) Bernie Grundman
Produced by Prince
Ranked #72 in Rolling Stone's '500 Greatest Albums Of All Time'
Ranked #2 in Rolling Stone's '100 Best Albums Of The Eighties'

Around The World In A Day

PRINCE AND THE REVOLUTION

Parade (Music From The Motion Picture Under The Cherry Moon Remastered)