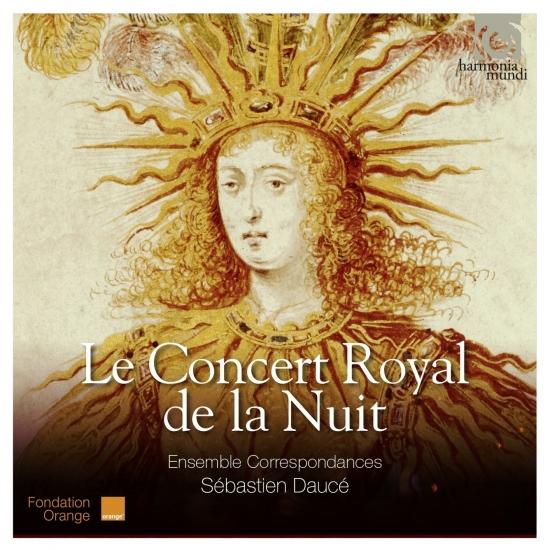 In late February 1653, just after the Fronde rebellion, the most influential spectacle of the early reign of Louis XIV was created at the Louvre: the Ballet Royal de la Nuit. Grandiose, and carefully elaborated at the highest levels of the state, the libretto by Bensérade called upon the finest artists of the time. Banishing the troubles of Night, Louis XIV danced in the Sun King costume that would henceforth be for ever associated with him. An indispensable world premiere recording!
„Sébastien Daucé has designed a selective exposition of the musical dimension of the multifaceted Ballet de la Nuit. Vocal music by Jean de Cambefort includes a spellbinding solo for Night that begins the first veille (the alto soloist Lucile Richardot is accompanied sensuously by a consort of viols) and a hushed dialogue for Sleep and Silence that commences the fourth veille (sung delicately by bass Etienne Bazola and soprano Caroline Bardot). Ensemble Correspondances play about two-thirds of the original 1653 dances, reconstructed expertly by Daucé ... A rotating team of up to 52 musicians traverse the musical spectrum from whispered intimacy to jovial ceremony .. the copiously illustrated hardback book provides plenty of fascinating material to mull over.“ (David Vickers, Gramophone Magazine)
Violaine le Chenadec, soprano
Marie-Frédérique Girod, soprano
Caroline Bardot, soprano
Caroline Weynants, soprano
Amandine Trenc, soprano
Caroline Meng, soprano
Lucile Richardot, mezzo-soprano
Dagmar Sasková, mezzo-soprano
Stephanie Leclerc, contralto
Stephen Collardelle, countertenor
Davy Cornillot, tenor
Etienne Bazola, baritone
Renaud Brès, bass
Nicolas Brooymans, bass
Ensemble Correspondances
Sebastien Dauce, conductor