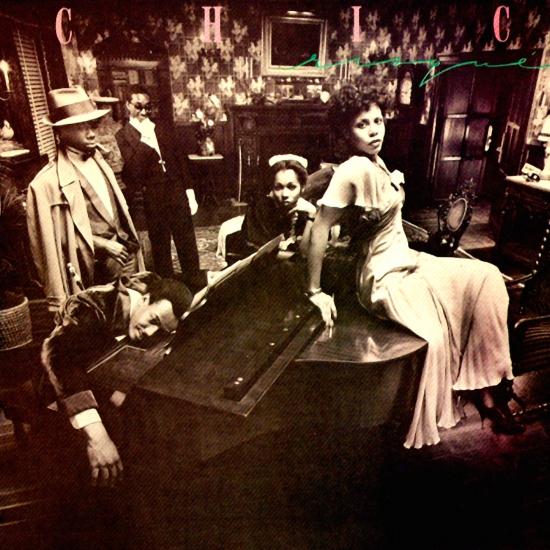 CHIC are one of the superpowers of late-’70s disco, a mixed-gender band from New York City that provided some of the biggest and most enduring hits of the Studio 54 era.
Best know for: A pair of epochal #1 pop smashes in “Le Freak” and “Good Times,” as well as club classics like “I Want Your Love,” “Everybody Dance” and “Dance, Dance, Dance (Yowsah, Yowsah, Yowsah).” “Good Times” in particular has provided one of the great through-threads of the last 30 years of pop music, with its legendary bass line appearing (in various incarnations) in pop songs ranging from Queen’s “Another One Bites the Dust” to Daft Punk’s “Around the World”—and, most notably, providing the hook for Sugarhill Gang’s “Rappers’ Delight,” the song that brought hip-hop to the masses.
In addition to the irrepressible “Good Times,” Chic have made their influence felt through the production and songwriting work that group masterminds Nile Rodgers and Bernard Edwards did for other artists of their era, including Sister Sledge (“We Are Family”) and Sheila B. and Devotion (“Spacer”), as well as established artists looking to get on the disco bandwagon like Diana Ross (“Upside Down”) and David Bowie (“Let’s Dance”) and some of the biggest artists from next generation of pop, like Madonna (“Like a Virgin”) and Duran Duran (“A View to a Kill”). Oh, and French dance artist Modjo sampled their “Soup For One” for their 2001 hit “Lady (Hear Me Tonight),” which is pretty cool.