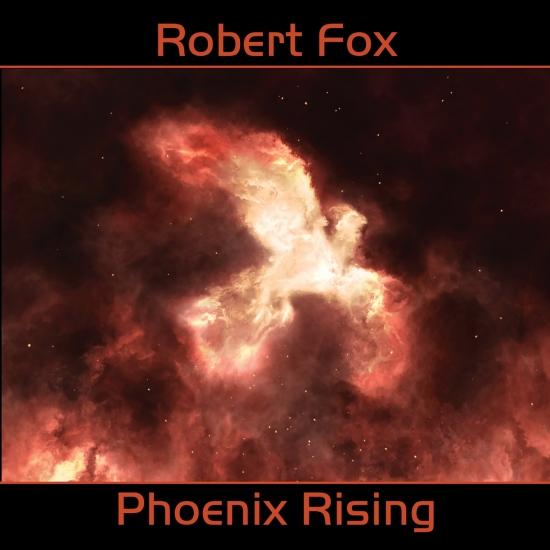 "Phoenix Rising" is the 18th solo album from Robert Fox and also his first non soundtrack studio outing in 6 years. The music is emotive and melodic with a dream like quality that flows over the listener in warm layers of deep, gentle ambience.
"Dream State" sets the tone with it evocative deep strings, sampled vocals and gentle, drifting melody atop a simple but effective rhythm. The mood is repeated with the excellent ‘Paris Rain’ while the soulful and heartfelt ‘Lana’s Theme’ effectively strips the composers emotions bare.
"Waiting For the Horizon" hints at a rhythmic and sequenced style found in Robert’s earlier career, while ‘Star Crossed’ is a compelling mix of rhythm, melody and experimental atmospherics.
"Lady of Light" delightfully continues the ethereal and dream like feel with more sampled voice and an almost classical feel, before the closing title track twists and turns between gentle vocal and sequenced passages and a rock rhythm finale.
"Phoenix Rising" is actually, at its heart, a very laid back album. But that said, it contains some of the most beautiful, involving music from Robert Fox in many years.
Robert Fox is one of the leading exponents of melodic orchestral electronic music and co-founder of the band Code Indigo. Considered by many to be “Master of the Grand Soundscape”, Robert’s music has a unique signature and style that has established him as one of the most popular and original composers of the genre. Robert is also a theatre director with many critically acclaimed soundtracks and his music has an emotive depth that is at times achingly haunting and that few musicians can aspire to.
In 1991 the debut album “Asfafa” was released to much critical acclaim. Essentially a travelogue, through and to people and places both real and imagined, the impact of people and places was to continue to influence and inspire his music from then on. “The Fire and the Rose” , a “Gathering of Spirits” and “Blue Mountains Suite” followed in relatively quick succession through to 1994. In 1995 early collaborations with David Wright led to the founding of the band Code Indigo. By now a new name had both emerged and been defined within the Electronic Music genre and with a style and signature that is not only clearly unique but also a dynamic force within the collaborative projects of David Wright and Robert Fox, as well as Code Indigo’s rapid rise to the fore. It is not surprising then that the connection with AD Music was to be consolidated as one of the main musical outputs of the label.
The output continued to flow unabated with the release of more solo albums through to his final CD release “Still Waters” in 2013. Each one of these albums sees a slight shift in the musical palette to what might be described now as a leaning towards music of a more ethereal, magical otherworldliness ‘New Age feel, with Still Waters being a beautiful, drifting excursion into eastern mysticism.
Robert Fox 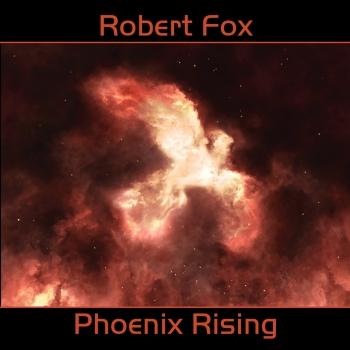 Robert Fox
Before his professional music career began, new age musician Robert Fox taught drama and art in British schools. However, after he acquired a Roland D50 synthesizer and produced the soundtrack to a youth production of A Midsummer's Night Dream in 1987, Fox became seriously interested in composition. Four years later, his debut album, Asfafa (which was re-released in 2000) came out. The '90s proved particularly fruitful for Fox, as he issued four more solo albums (including The Fire and the Rose, which was based on T.S. Eliot's The Four Quartets) as well as two (1995's For Whom the Bell and 1999's Uforia) for a new group he had formed with musician David Wright called Code Indigo.
Fox began the new millennium by releasing his sixth studio album, Talking Heads, as well as Blue, a four-disc collaboration with Wright. Throughout the next decade, he maintained a prolific run, issuing numerous solo efforts like Underworld (2003), Maya (2005), and Evergreen (2008), all the while continuing his work with Code Indigo, who released two studio albums of their own as well as a 2007 concert album.
Fox's lush melding of gentle piano, dramatic synths, and percussion remained his chosen formula as his career entered its third decade with albums like Short Stories (2011), Still Waters (2013), and Asfafa 2 (2014), a sequel to his debut album. Having left Code Indigo in 2010 to focus on his solo work and his ongoing teaching career, Fox rejoined the band for its eighth album, 2014's Take the Money & Run. In 2017, he resumed his solo career with Cathedral, an ambient work divided into two lengthy tracks.