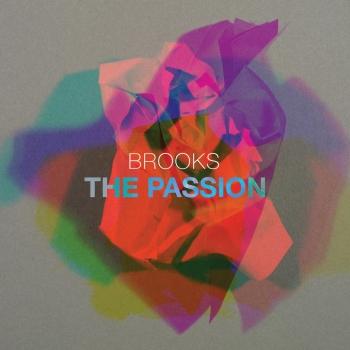 Bang on a Can All-Stars, Contemporaneous, David Bloom

Bang on a Can
is dedicated to making music new. Since its first Marathon concert in 1987, Bang on a Can has been creating an international community dedicated to innovative music, wherever it is found. With adventurous programs, it commissions new composers, performs, presents, and records new work, develops new audiences, and educates the musicians of the future. Bang on a Can is building a world in which powerful new musical ideas flow freely across all genres and borders. Bang on a Can plays “a central role in fostering a new kind of audience that doesn’t concern itself with boundaries. If music is made with originality and integrity, these listeners will come.” (The New York Times)
Over 27 years, Bang on a Can has grown from a one-day New York-based Marathon concert (on Mother’s Day in 1987 in a SoHo art gallery) to a multi-faceted performing arts organization with a broad range of year-round international activities. “When we started Bang on a Can, we never imagined that our one-day, 12-hour marathon festival of mostly unknown music would morph into a giant international organization dedicated to the support of experimental music, wherever we would find it,” write Bang on a Can Co-Founders Michael Gordon, David Lang and Julia Wolfe. “But it has, and we are so gratified to be still hard at work, all these years later. The reason is really clear to us – we started this organization because we believed that making new music is a utopian act – that people needed to hear this music and they needed to hear it presented in the most persuasive way, with the best players, with the best programs, for the best listeners, in the best context. Our commitment to changing the environment for this music has kept us busy and growing for the last 27 years, and we are not done yet.”
Current projects include the annual Bang on a Can Marathon; The People's Commissioning Fund, a membership program to commission emerging composers; the Bang on a Can All-Stars, who tour to major festivals and concert venues around the world every year; recording projects; the Bang on a Can Summer Music Festival at MASS MoCA - a professional development program for young composers and performers led by today’s pioneers of experimental music; Asphalt Orchestra, Bang on a Can’s extreme street band that offers mobile performances re-contextualizing unusual music; Found Sound Nation, a new technology-based musical outreach program now partnering with the State Department of the United States of America to create OneBeat, a revolutionary, post-political residency program that uses music to bridge the gulf between young American musicians and young musicians from developing countries; cross-disciplinary collaborations and projects with DJs, visual artists, choreographers, filmmakers and more. Each new program has evolved to answer specific challenges faced by today’s musicians, composers and audiences, in order to make innovative music widely accessible and wildly received. Bang on a Can’s inventive and aggressive approach to programming and presentation has created a large and vibrant international audience made up of people of all ages who are rediscovering the value of contemporary music.
Julia Wolfe
winner of the 2015 Pulitzer Prize in music for the monumental oratorio Anthracite Fields, draws inspiration from folk, classical, and rock genres, bringing a modern sensibility to each while simultaneously tearing down the walls between them. She has written a major body of work for strings, with pieces commissioned by the Lark, Ethel, Kronos, and Cassatt quartets. Wolfe, whose music is described as "invariably fresh and surprising" by The New York Times, was a finalist for the 2010 Pulitzer Prize in Music for her 2009 composition Steel Hammer, a musical retelling of the legend of John Henry, which was recorded by the Norwegian vocal ensemble Trio Mediaeval in 2014.
For her most recent composition, Anthracite Fields, which was premiered in Philadelphia and performed at the NY PHIL BIENNIAL in the spring of 2014, she drew on oral histories, interviews, geography, local rhymes, and coal advertisements to create an oratorio about the coal mining community of her native Pennsylvania. Her interest in folk traditions and the use of body percussion in American folk music led her to compose riSE and fLY, a concerto for body percussionist Colin Currie. The piece premiered in 2012 with the BBC Concert Orchestra, conducted by Keith Lockhart, and is premiered in the Netherlands with the Codarts Ensemble and in the United States with the Albany Symphony in the 2014-15 season.
The influence of pop culture is evident in many of Wolfe's works, including Lick and Believing for the Bang on a Can All-Stars, both of which are being danced by the Richard Alston Dance Company in 2014. Lick, which is also being performed by Ensemble Klang at the de Doelen in 2015, is based on fragments of funk and has become a manifesto for the new generation of pop-influenced composers. The raucous my lips from speaking for six pianos was inspired by the opening riff of the Aretha Franklin tune “Think.” Wolfe's Dark Full Ride, which is being performed in 2014 withchoreography by Maud de Pladec, is an obsessive and relentless exploration of the drum set, beginning with an extended hi-hat spotlight.
Wolfe has collaborated with theater artist Anna Deveare Smith, choreographer Susan Marshall, designers Jeff Sugg and Jim Findlay, and director François Girard, among others. Her music has been heard at venues throughout the world, including the Sydney Olympic Arts Festival, LG Arts Center (South Korea), Settembre Musica (Italy), Theatre de la Ville (France), the Brooklyn Academy of Music, Lincoln Center, and Carnegie Hall, and has been recorded on Cantaloupe Music, Teldec, Point/Universal, Sony Classical, and Argo/Decca. In 2009 Wolfe joined the NYU Steinhardt School composition faculty.
Wolfe is co-founder and co-artistic director of New York's legendary music collective Bang on a Can. Her music is published by Red Poppy Music (ASCAP) and is distributed worldwide by G. Schirmer, Inc.