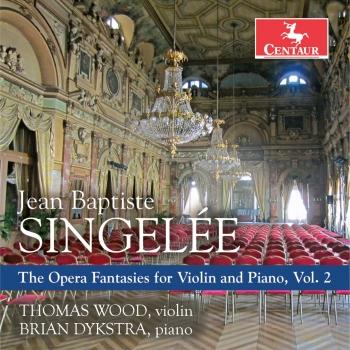 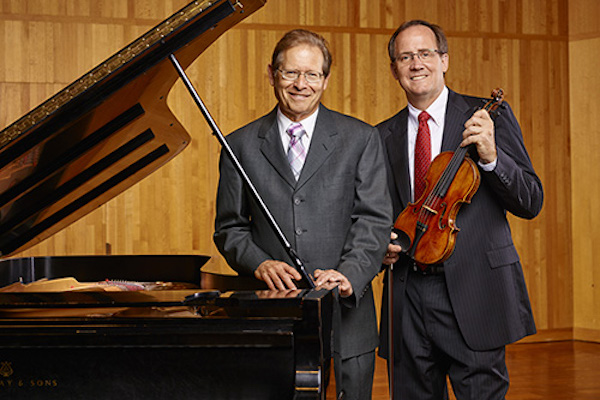 Thomas Wood
Professor of Music, appointed 1991. Distinguished as the first violinist to be awarded the degree Doctor of Musical Arts in Violin Performance from the University of Wisconsin-Madison, he holds bachelor and master of music degrees from the University of Cincinnati College-Conservatory of Music. His teachers include Norman Paulu, Gerardo Ribeiro, Jens Ellerman, and the late Paul Rolland. Active as soloist and in recital, he has performed throughout the United States and in Spain. He has appeared as concerto soloist with the Tuscarawas Philharmonic (Mendelssohn, Concerto in E Minor) and on four occasions with the Wooster Symphony Orchestra (Tchaikovsky, Concerto in D Major; Bruch, Concerto in G Minor; Bruch, Scottish Fantasy; and Prokofiev, Concerto in G Minor). In 2010 he performed both Prokofiev concertos in a single recital. A strong supporter of music by contemporary composers, he has premiered works by Jack Gallagher (Exotic Dances), Brian Dykstra (Aurora Rag), and Scott Huston (Glass Children). In addition he has held orchestral positions with the New Pittsburgh Chamber Orchestra, Chamber Orchestra of Pittsburgh Oratorio Society, Bach Aria Group of Pittsburgh, Erie Philharmonic, Madison Symphony, Dayton Philharmonic, and Opera Barga (Italy), and has served as concertmaster for regional orchestras including the Butler County (Pennsylvania) Symphony, Ashland Symphony, Mansfield Symphony, and Wooster Symphony Orchestra. Also an active chamber musician, he studied under the Pro Arte Quartet and with members of the LaSalle Quartet. His work as a scholar of the music of Max Bruch received international recognition with the publication by N. Simrock Publishers (London-Hamburg) of his critical edition of the G Minor Violin Concerto (with a new reduction for violin and piano) and the first edition of the String Octet. He is currently writing a book on and recording the opera fantasies of Belgian violinist and conductor Jean-Baptiste Singelée. As teacher he has held faculty appointments at The College of Wooster and Allegheny College, and has served on the artist faculty of the summer music festivals and clinics at the University of Wisconsin-Madison; Somerset, Pennsylvania; and Allegheny College. He is in frequent demand as an adjudicator and clinician.
Brian Dykstra
is the Neille O. and Gertrude M. Rowe Professor of Music Emeritus at Wooster. He holds a bachelor’s from the Juilliard School of Music and a master’s in music and D.M.A. from the Eastman School of Music. He also attended the Mozarteum Academy in Salzburg (1967-68) as a Fulbright scholar. As a piano soloist and collaborative pianist, Dykstra has given annual classical recitals consisting of works by many great composers from the 18th century to the present. As a chamber musician, he has participated in many concerts, including several in the Purcell Room in London and Carnegie Recital Hall in New York City. In addition, he is internationally acclaimed for his ragtime compositions and performances, many of which are available on CD.