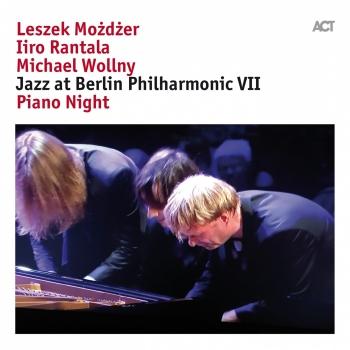 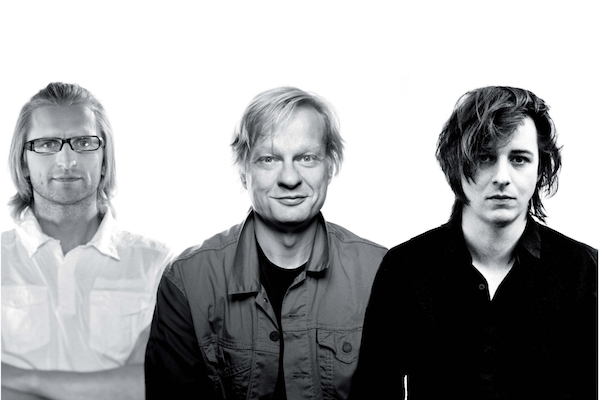 Leszek Możdżer
born 1971, is regarded as the most important discovery in Polish jazz during the past 10 years. His international reputation as one of the outstanding pianists in jazz is founded on his groundbreaking and smooth interweaving of sound aesthetics and mixing the culture of classical music with the openness and energy of jazz. He became famous as the romanticist among the European jazz pianists for his improvisations on themes by Frédéric Chopin, and his sparkling and technically unrivalled playing style has been connected to lyrical and emotional melodies ever since.
Możdżer didn't start playing jazz until he was 18, but he managed to build up his reputation remarkably quickly and was soon collaborating with the most important musicians in contemporary Polish jazz, such as Tomasz Stanko and Michal Urbaniak. The Polish jazz magazine Jazzforum has lauded him as the best Polish pianist nearly every year since 1994.
Możdżer's international career was strongly influenced by playing with Swedish bassist Lars Danielsson. Their collaboration on the albums “Pasodoble” (2007) and “Tarantella” (2009) fascinated their audience with melodious jazz sounds in a chamber musical style. In 2011 his ACT debut "Komeda" was released and awarded "Album of the Year" by Jazzforum. “Komeda” is Możdżer's personal and very self-contained tribute to legendary Polish pianist Krysztof Komeda, who became famous for composing soundtracks for movie director Roman Polanski. Soon after its release the album reached #1 in the Polish Pop (!) charts and went platinum in that country. The album was celebrated by critics and fans around the world. Leading German newspaper “Sueddeutsche Zeitung” simply called Możdżer a “phenomenon” and British newspaper “The Guardian” wrote on his playing on “Komeda”: “Możdżer's swaying swing and slow-melody nuances suggest Keith Jarrett at times, but his outburst of percussive playing, flinty treblenote parks and staccato drum pattern sounds are all his own.”
The duo album “The Last Set – Live at the A-Trane” (released in fall 2012) is an impressive and worthy legacy of a unique musician full of curiosity and versatility: US pianist Walter Norris. While two-piano albums often have an all-you-can-eat tangle of notes to them and nearly always seem too busy, this album like the very best of this specialised area within jazz has a lucidity to it. Możdżer clearly adapts his very easily distinguishable playing, which is grounded in Komeda and Wayne Shorter, with his own arsenal of gracenotes and little leaps and bounds to fit Norris’ style, which is more opaque but very stimulating.
On “Jazz at Berlin Philharmonic I” (April 2013) three world class pianists met on December 11, 2012, at the prestigious classical concert hall to play solo, in duos and trio. Together with Iiro Rantala and Michael Wollny, Możdżer succeed in creating a defining moment in music, in which “jazz and classical meet as equals” (Tagesspiegel), little wonder really, with all three of them being such crossover fans.
In fall 2013 “Polska” will be released on ACT. The new album by the magical trio: Leszek Możdżer, Lars Danielsson and Zohar Fresco (percussion).
Iiro Rantala
After touring the world for 18 years with Trio Töykeät, Finnish jazz piano virtuoso Iiro Rantala is refreshingly still at the forefront of international pianism. The energetic keyboard lion crosses musical genres and styles with ease and excitement, playing at his exhilarating and adventurous best. Definitely entertaining, zany,unconventional and occasionally wicked, yet always uncompromising.
Iiro Rantala is among the most internationally visible Finnish jazz musicians, and is second to none when it comes to unsurpassable keyboard technique and flaring showmanship. The pianist first became infected by music in the children's choir Cantores Minores at the age of seven and soon afterwards was already taking piano lessons... And the rest, as the cliché goes, is history.
Iiro began his piano studies at the Käpylä Music Institute, took private lessons from Seppo Kantonen, and went on to study at the Oulunkylä Pop/Jazz Institute and the Jazz Department of the Sibelius Academy. His musical education also included studying classical piano at the Manhattan School of Music in New York for two years beginning in 1991. Iiro Rantala is best known as the founder and pianist of Trio Töykeät, Finland's most famous jazz group, which became one of the biggest success stories in Finnish jazz. Töykeät gave over 2,500 performances in 60 countries between 1988 and 2006, and released 8 albums - a formidable achievement. The development of Iiro Rantala as a creative pianistic improvisor has been one of the most astonishing phenomena in the Finnish music world, and he has been the winner of all major jazz awards in Finland during his 22 year career.
Exploring the boundaries between musical genres is characteristic of Iiro Rantala's artistic personality. He has appeared in Finland with symphony orchestras, performing the Cartoon Concerto by Riku Niemi, Gershwin’s Rhapsody in Blue, Mozart’s No.23 piano concerto, and Iiro’s Concerto in G#majAs, was premiered in Finland in 2003 with the Tapiola Sinfonietta, and released on the Finnish Ondine label. Iiro’s creative diversity has seen him also intensively engaged with music for children’s theatre, as well as performing with cross-over classical musicians, including the popular a cappella Finnish vocal group Rajaton. Iiro recently formed a tango duo with world renowned virtuoso violinist Pekka Kuusisto. Since 2010 Iiro has focused also on the development of his solo piano career. Iiro’s ‘talk-and-meet’ series on Finnish national television started in 2006, and continues today
Michael Wollny
Michael Wollny, born in 1978 in Schweinfurt, internationally successful jazz pianist, music inventor, unconventional thinker, popular figure. Nobody plays piano like him. His trademark: the unpredictable, the quest for the never-before-heard, the courage to devote himself to the moment, to make the unforeseen sound self-evident. His desire to keep reinventing himself, both in terms of sound and composition; that is what makes him a “consummate piano maestro” (FAZ) and “the biggest (jazz) musician personality that Germany has produced since Albert Mangelsdorff” (Hamburger Abendblatt).