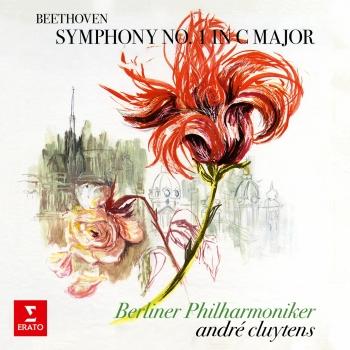 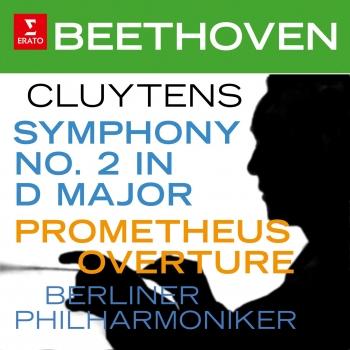 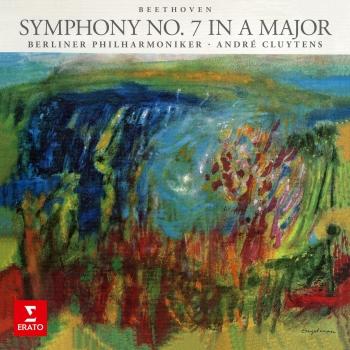 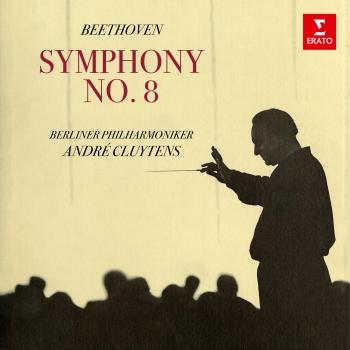 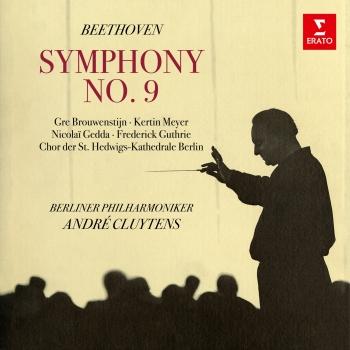 André Cluytens
At the time of his son’s birth, André Cluytens’s father Alphonse was conductor at the Theatre Royal in Antwerp. The boy thus grew up surrounded by music and entered the Royal Flemish Conservatory aged only nine. Here he distinguished himself as a pianist, winning first prizes for piano, harmony and counterpoint. Immediately after graduating in 1922 he joined the staff of the Theatre Royal, working with his father as a répétiteur and chorusmaster. In 1927 he succeeded his father as the conductor of the theatre, and made his professional conducting debut with Bizet’s Les Pêcheurs de Perles. He enjoyed considerable success in Antwerp, for instance when he directed the local première of Richard Strauss’s Salome.
With his appointment as chief conductor of the Toulouse Opera in 1932, Cluytens moved to France, establishing himself as part of the country’s considerable regional operatic life, as well as taking French nationality. From 1935, he conducted at Lyons and Bordeaux, and during World War II moved to Paris where he worked at the Paris Opera. He also started to record, for instance in 1943 conducting the Paris Conservatoire Orchestra in Marcelle Meyer’s recording of Richard Strauss’s Burleske, and after the war, in 1946, he signed a recording contract with the French branch of EMI, Pathé-Marconi. Cluytens’s career took a major step forward in 1947 with his appointment as chief conductor of the Opéra-Comique in Paris. Here he was to conduct 40 different works between 1947 and 1953 with Carmen, Louise and La Bohème among the most frequently heard. As head of this historic company, with an unrivalled tradition in the performance of many of the masterpieces of the French repertoire, Cluytens was the natural choice to conduct several of its recordings for EMI. These included legendary accounts of Offenbach’s Les Contes d’Hoffmann, Bizet’s Carmen, and Ravel’s L’Heure Espagnole.
In 1949, by now establishing himself as one of the leading conductors in France, Cluytens took over from Charles Munch as the chief conductor of the concerts of the Paris Conservatoire Orchestra. At the same time the advent of the long-playing record and its gradual adoption throughout Europe triggered a demand for new recordings: Cluytens was to play a significant part in the activity which followed. In 1952, he was engaged by EMI in England to accompany Solomon in his recordings of Beethoven’s Piano Concertos Nos. 2 and 4 with the Philharmonia Orchestra, while during the early 1950s he also recorded extensively with the Paris Conservatoire Orchestra and the Orchestre National de Radio France, the premier broadcasting orchestra in Paris, conducting both French and European repertoire by composers such as Fauré, Berlioz and Bizet on the one hand, and Haydn, Schubert and Schumann on the other.
Cluytens’s international career developed rapidly after he conducted the Vienna Philharmonic Orchestra in 1955; the following year, he and Carl Schuricht led the orchestra on a tour of America. Also in 1955 he replaced an indisposed Eugen Jochum at the Bayreuth Festival, taking over the direction of Tannhäuser. As with the Vienna Philharmonic, he was to be invited to return several times to the Festival, to conduct Lohengrin and Die Meistersinger von Nürnberg. Finally in 1955, he made his first recording with the Berlin Philharmonic Orchestra, of Beethoven’s Symphony No. 6. ‘Pastoral’, going on between 1957 and 1960 to record a complete cycle of the Beethoven symphonies with the orchestra for EMI’s German branch Electrola.
A notable departure from the repertoire which Cluytens had hitherto focused upon in the recording studio came in 1958 when he accompanied the composer Dmitri Shostakovich in his two piano concertos and directed a powerful reading of that composer’s Symphony No. 11, subtitled ‘The Year 1905’, all with the French National Radio Orchestra. Also in 1958 he made his public conducting debut in London when he substituted for Otto Klemperer in a concert with the Philharmonia Orchestra. From 1959, Cluytens was contracted to appear regularly at the Vienna State Opera, and in 1960 he conducted Parsifal at La Scala, Milan; from 1960 until his death, he held the position of chief conductor of the Belgian National Orchestra. Although in declining health, he continued to be active in the recording studio, re-recording Boris Godunov in 1962 and Les Contes d’Hoffmann with a star-studded vocal cast in 1965, as well as exceptional accounts of the last two symphonies by Albert Roussel. André Cluytens died in Paris in 1967, aged only sixty-two.
The initial Anglo-Saxon critical response to Cluytens’s recordings was often muted. To the critics of the 1950s he may not have possessed in the French repertoire the high-octane style of conductors such as Monteux and Munch, and so may have seemed a conductor for domestic consumption only. But in fact, herein lies the attraction of Cluytens as an interpreter of French music. Throughout all his performances there is on display exceptional musical good taste, reflected in elegant and stylish playing that draws attention to the music not the conductor: in both the operatic and symphonic French repertoire, Cluytens always secured performances of true Gallic character.
His ventures into the Austro-German and Russian repertoires were understandably fewer, but not without interest. His two accounts of the Beethoven ‘Pastoral’ Symphony have a tranquility and serenity, as well as a vigour entirely in keeping with the work but in fact seldom experienced. As an accompanist Cluytens could be relied upon to offer punctilious as well as sympathetic support, as his many recordings in this capacity well demonstrate. His partnership with Emil Gilels in Rachmaninov’s Piano Concerto No. 3 is particularly exciting. He was a natural musician of great sensibility, whose immaculate sense of taste and style fortunately lives on in his numerous recordings.