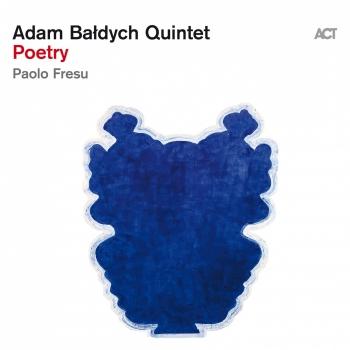 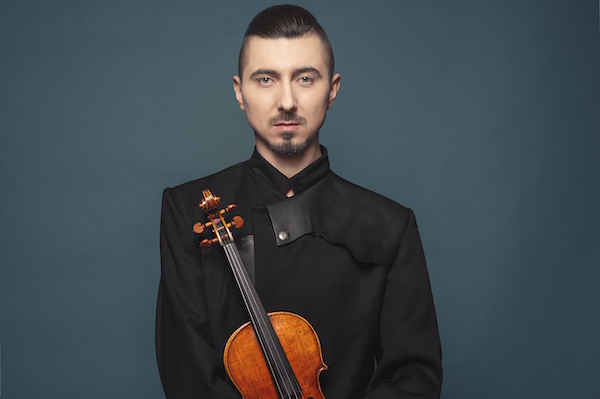 Adam Bałdych
At the age of 16, Adam started performing internationally (Germany, Poland, Serbia, Hungary, Indonesia, Spain, France, USA). First called "a child prodigy" evolved to being named one of the most interesting jazz violinists in Europe.
Bałdych: „has, without doubt, the greatest technique of any jazz violinist alive today”, but except his virtuosity, he is also appreciated for his original sound and compositions. Adam Bałdych consciously refers in his music to Polish tradition and blurs the differences between classical and jazz music.
Adam Bałdych recorded his first album for the prestigious label ACT MUSIC in 2012. Album "Imaginary Room" was produced by Siggi Loch and Nils Landgren and recorded with the leading European jazz Artists (Lars Danielsson, Jacob Karlzon, Verneri Pohjola, Marius Neset and Morten Lund). His second album for ACT “The New Tradition” was recorded together with Israeli pianist Yaron Herman and released on 30th of May 2014. Recently ACT released “Jazz at Berin Philharmonic IV - Accordion Night” which is a recording from the concert within the Jazz at Berlin Philharmonic series. 28th of August 2015 his third album for ACT was released – Adam Bałdych & Helge Lien Trio „Bridges”. “Brothers” – Bałdych’s fourth album for ACT recorded also with Helge Lien Trio and Tore Brunborg, will be released 25th of August 2017.
Adam is the winner of ECHO Jazz 2013 – the most important German music award bestowed on artists by the German music industry (he also got ECHO Jazz nomination in 2016); Grand Prix Jazz Melomani 2011 in the Jazz Hope category and Grand Prix Jazz Melomani 2012 as Artist of the Year. Adam was also nominated for the FRYDERYK Prize in 2013, 2015 and 2016 as an Artist of The Year in Jazz. Adam Bałdych received for the album “The New Tradition”, the award for Best Jazz Album 2014. This award is granted every year within the Gala Grand Prix Jazz Melomani by TVP Programme 2 and Jazz Melomani Society. In June 2016 Adam Bałdych was awarded with GOLD CROSS OF MERIT by President of Poland and MEDAL OF MERIT for his cultural achievements and successes.Among the musicians Adam Bałdych has worked with, there are not only extremely appreciated jazz musicians: Jim Beard, Iiro Rantala, Leszek Możdżer, Billy Cobham, Aaron Parks, Jacob Karlzon, Lars Danielsson, Joachim Kühn and Michel Portal, but also artists famous in pop music (Mika Urbaniak, L.U.C) and classical music (Paweł Hendrich, Andrzej Bauer, Cezary Duchnowski, Royal String Quartet).
A very important moment in Adam Bałdych’s career, was the time he spent in New York, where he was working with young jazz scene, played in legendary jazz clubs and got amazing reviews from American magazines. New York was the place where being among many cultures and their sounds, he “found himself” - as he described it. In his music, deriving from many elements, the Slavic melancholy and space, the strength and temperature of the Polish origins is his litemotive.
Often compared with the greatests: Michał Urbaniak, Zbigniew Seifert and Henryk Wieniawski.
Expelled from music school for inappropriate behavior and jazz aspirations, few years later Adam got scholarship at Berklee College of Music and graduated with honors jazz department at Music Academy in Katowice (Poland).
In 2007 he did a project with Grammy-Award winner - Jim Beard, presenting Adams' music combined with Jim's great compositions. Year after, he makes music with Leszek Możdżer and Lars Danielsson for movie "Arne Treasure". In 2009 he is recording album called "Tribute to Seifert" with most influential violinists nowadays such as: Didier Lockwood, Pierre Blanchard, Jerry Goodman, Krzesimir Dębski, Christian Howes and guitarist – leader of the project Jarosław Śmietana.
Adam Bałdych recently focused also on composing for bigger bands too: in 2014 he composed a special cycle „Mozaika” for orchestra and jazz quintet – referring to culture mixtures of alluvial population and drawing from their tradition. Also, in 2015 he composed „Mozaika - Impresje” – for improvised violin, vocal, piano, double bass, percussion and string orchestra for Baltic Neopolis Orchestra order.
Among concerts and career soloist Adam works as a composer of music for theater and collaborates with many theaters and directors (Raphael Matusz, Ellen Lande, Robert Czechowski, Przemysław Wisniewski, John Tomaszewicz).