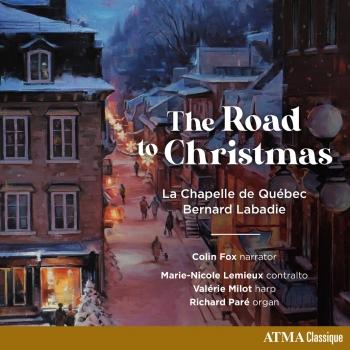 The Road To Christmas 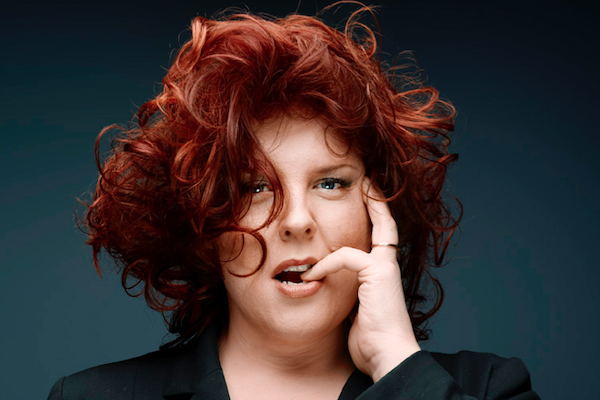 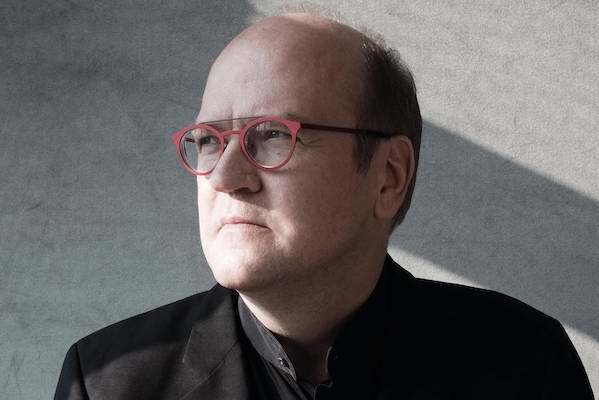 Marie-Nicole Lemieux
It is no wonder that Marie-Nicole Lemieux shines today in the world of singing: the singer like the woman radiates an aura that belongs only to the greatest.
She has then begun an international career and now sings on the world’s most prestigious stages: New York, Milan, London, Paris, Salzburg, Zürich, Vienna, Madrid...
Her powerful voice, her superb sense of line and a faultless virtuosity as well as her sense of nuance and drama allows her to triumph in various repertoires. The beginning of her career is marked by baroque music (Orfeo ed Euridice, Giulio Cesare, Ariodante, Orlando Furioso, Salomon ...). The evolution of her voice soon allowed her to take on the French repertoire of the XIXth century (Les Troyens, Samson et Dalila, Carmen...), Rossini (Guillaume Tell, Tancredi, L’Italiana in Algeri...) and Verdi (Falstaff, Il Trovatore, Un Ballo in Maschera...).
She is also regularly invited to perform in concert alongside prestigious orchestras and under the baton of renowned conductors, such as William Christie, Myung-Whun Chung, Charles Dutoit, Ivan Fischer, Mikko Franck, Daniele Gatti, Bernard Haitink, Daniel Harding, Paavo Järvi, Bernard Labadie, Louis Langrée, Kurt Masur, Kent Nagano, John Nelson, Yannick Nézet-Séguin, Gianandrea Noseda, Antonio Pappano, Vasily Petrenko, Michel Plasson, Michael Schønwandt, Pinchas Steinberg, Pinchas Zukerman... She is acclaimed as a peerless recital artist with an exceptional vocal palette, having a special talent for French and Russian songs, as well as German lieder.
Her rich and varied discography has often been rewarded and, in 2017, she started a collaboration with Warner Classics. Marie-Nicole Lemieux is a Knight of the National Order of Quebec, Compagne des Arts et des Lettres du Québec, member of the Order of Canada and of the Order of the Pleiades. She also has a Doctor Honoris Causa delivered by the Université du Québec in Chicoutimi.
Bernard Labadie
an internationally recognized specialist in 17th-, 18th-, and early 19th-century repertoire, is the founding conductor of Les Violons du Roy. He was the ensemble’s music director from 1984 to 2014 and remains the music director of La Chapelle de Québec, which he founded in 1985.
As head of both ensembles, he has toured Europe and North America performing at some of the most illustrious concert halls and festivals: Carnegie Hall and Lincoln Center (New York), Walt Disney Concert Hall (Los Angeles), Ken- nedy Center (Washington), the Barbican (London), Berlin Philharmonie, Théâtre des Champs-Élysées (Paris), Brussels’ Centre for Fine Arts, and the Salzburg, Bergen, Rheingau, and Schleswig-Holstein festivals.
In 2017, Bernard Labadie was named principal conductor of the Orchestra of St. Luke’s in New York. He conducts the orchestra’s annual concert series at Carnegie Hall.
A much sought-after guest conductor in North America, he makes frequent appearances with major American and Canadian orchestras: Chicago, New York, Cleveland, Boston, Los Angeles, San Francisco, St. Louis, Pittsburgh, Houston, New World Symphony, Montréal, Toronto and Ottawa. In Europe, he has conducted the orchestras of Lyon, Bordeaux-Aquitaine and Amsterdam’s Concertgebouw. He has also headed several radio orchestras, including the Bavarian Radio Symphony Orchestra in Munich, the Radio France Philharmonic Orchestra, as well as the radio orchestras in Berlin, Frankfurt, Cologne, Hanover and Helsinki.
Bernard Labadie regularly collaborates with some of the most prestigious period-instrument early music ensembles: Akademie für Alte Musik Berlin, the Academy of Ancient Music, The English Concert, the Orchestra of the Age of Enlightenment, the Handel and Haydn Society, and Ensemble Arion.
At the opera, he served as artistic director of Opéra de Québec from 1994 to 2003 and as artistic director of Opéra de Montréal from 2002 to 2006. He has also appeared as guest conductor with the Metropolitan Opera in New York, the Canadian Opera Company in Toronto, and the Santa Fe and Cincinnati operas. In 2021, he made his debut appearance at the Glyndebourne Festival. Both as a guest conductor and with Les Violons du Roy, Bernard Labadie has recorded some twenty albums for Virgin Classics (now Erato), EMI, Pentatone, Dorian, ATMA, Hyperion and Naïve.
A tireless ambassador for music in his hometown of Québec City, Bernard Labadie was made an Officer of the Order of Canada, a Knight of the Ordre national du Québec, and Compagnon des arts et des lettres du Québec. He is also a recipient of the Medal of Honour of the National Assembly of Québec, the Banff Centre’s National Arts Award, the Samuel de Champlain Award, and honorary doctorates from Université Laval (Alma Mater) and the Manhattan School of Music.
La Chapelle de Québec
Created in 1985 by founding conductor and music director Bernard Labadie, La Chapelle de Québec is one of North America’s premiere voice ensembles. The group is made up exclusively of professional singers who are handpicked from all over Canada. This unique chamber choir specializes in the choral/orchestral repertoire of the 17th and 18th centuries. The choir performs regularly with its other half, chamber orchestra Les Violons du Roy, and as a guest choir with some of the finest orchestras in North America. Its interpretations of the oratorios, requiems, masses, and cantatas of Bach, Handel, Mozart, and Haydn, as well as Fauré and Duruflé, are frequently hailed in the Canadian and international press.
La Chapelle de Québec is heard regularly at Palais Montcalm in Quebec City and Maison symphonique in Montreal, as well as at the Walt Disney Concert Hall with the Los Angeles Philharmonic, at Carnegie Hall with Les Violons du Roy and the Orchestra of St. Luke’s, and in Ottawa with the National Arts Centre Orchestra. The choir’s concerts are often broadcast by the CBC and Radio-Canada in Canada and by National Public Radio in the United States.
La Chapelle de Québec is also known for its role in Le Chemin de Noël, an annual event that brings music lovers from throughout the Quebec City region together every December.