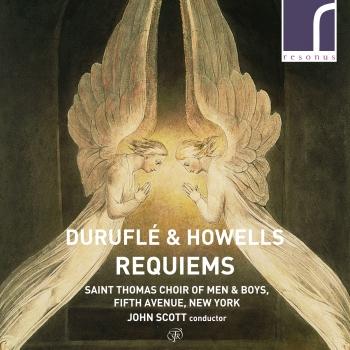 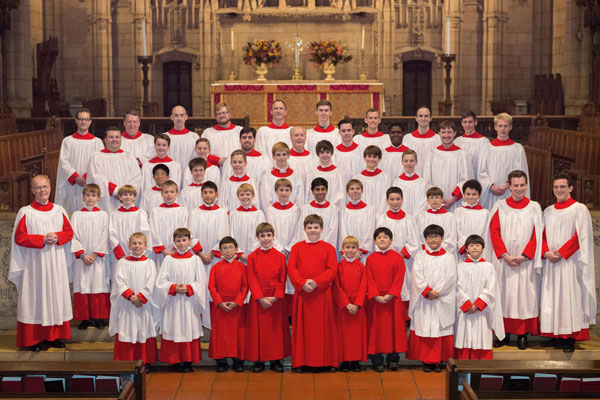 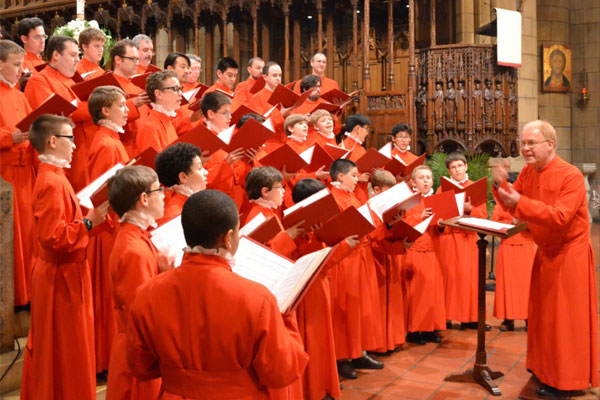 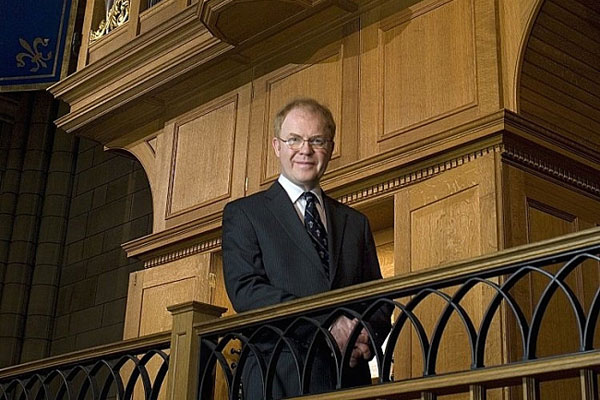 John Scott
was born in 1956 in Wakefield, Yorkshire, where he became a Cathedral chorister. While still at school he gained the diplomas of the Royal College of Organists and won the major prizes. In 1974 he became Organ Scholar of St John’s College, Cambridge, where he acted as assistant to Dr George Guest. His organ studies were with Jonathan Bielby, Ralph Downes, and Dame Gillian Weir. He made his debut in the 1977 Promenade Concerts in the Royal Albert Hall; he was the youngest organist to appear in the Proms.
On leaving Cambridge, he was appointed Assistant Organist at London’s two Anglican Cathedrals: St Paul’s and Southwark. In 1985 he became Sub-Organist of St Paul’s Cathedral, and in 1990 he succeeded Dr Christopher Dearnley as Organist and Director of Music.
As an organist, John has performed in five continents, premiered many new works written for him, and worked with various specialist ensembles. He is a first-prize winner from the Manchester International Organ Competition (1978) and the Leipzig J.S. Bach Competition (1984). In 1998 he was nominated International Performer of the Year by the New York Chapter of the American Guild of Organists. He is a past President of the Incorporated Association of Organists. He has been a member of a number of international competition juries, including those in Manchester, Dublin, Chartres, Dallas, St. Albans and Erfurt. Recent highlights of his career have included recitals at the Thomaskirche, Leipzig, Symphony Hall, Birmingham, Notre Dame in Paris, the Aarhus Organ Festival in Denmark, Cologne Cathedral, Disney Hall in Los Angeles and London’s Royal Albert Hall.
At St Paul’s he played a complete cycle of the organ works of J.S. Bach in 2000 and followed this in subsequent years with the organ symphonies of Vierne and Widor, as well as the complete organ works of Franck and Buxtehude. At Saint Thomas Church, Fifth Avenue, New York, he performed complete cycles of the organ works of Buxtehude in 2007, Messiaen in 2008 and the six organ symphonies of Louis Vierne in 2009. In 2014, he was one of the featured organists in the re-opening Gala and subsequently gave the first solo recital on the restored organ in London’s Royal Festival Hall and gave the opening recital of the organ in the new Musikkens Hus in Aalborg, Denmark. In June, he gave the premiere of Nico Muhly’s Patterns for the American Guild of Organists National Convention in Boston.
In addition to his work as a conductor and organist, John has published a number of choral compositions and arrangements and he has jointly edited two compilations of liturgical music for the Church’s year, published by Oxford University Press. John’s many recordings include the organ sonatas of Elgar, organ music by William Mathias, Maurice Duruflé and Mendelssohn, as well as two discs of music by Marcel Dupré. He has also recorded the solo organ part in Janacek’s Glagolitic Mass with the London Symphony Orchestra, conducted by Michael Tilson Thomas. He recently made a recording at the organ of Washington’s National Cathedral for the JAV label.
In the summer of 2004, after a 26 year association with St Paul’s Cathedral, he took up the post of Organist and Director of Music at Saint Thomas Church, Fifth Avenue, New York, where he directs the renowned choir of men and boys. He was awarded the LVO in the New Years Honours List of 2004, a personal gift from HM Queen Elizabeth II, in recognition of his work at St. Paul’s Cathedral. He was awarded an honorary doctorate from Nashotah House Seminary in Wisconsin in 2007.
The Saint Thomas Choir & Choir School
The Saint Thomas Choir of Men and Boys is considered by many to be the leading ensemble in the Anglican choral tradition in the United States. Directed since 2004 by John Scott, formerly Organist and Director of Music at St Paul’s Cathedral in London, the choir performs regularly with period instrument ensembles, Concert Royal and Juilliard415, or with the Orchestra of St. Luke’s as part of its own concert series.
Its primary raison d’être, however, is to provide music for five choral services each week. Supplementing its choral services and concert series over the past three decades, the choir has toured throughout the USA and Europe with performances at Westminster Abbey and St Paul’s Cathedral in London; Kings College, Cambridge; Windsor; Edinburgh; St Albans and the Aldeburgh Festival. In 2004, the choir toured Italy, and performed for a Papal Mass at the Vatican. During 2007, the choir performed Bach’s Saint Matthew Passion for the opening concert of the Mexico Festival in Mexico City. In February 2012, the Boys of the choir traveled to Dresden to give the premiere of Lera Auerbach’s Dresden Requiem with the Dresden Staatskapelle in the Frauenkirche and Semper Oper. Later in 2012, the choir was invited to perform in the Thomaskirche at the Leipzig BachFest. In addition to the annual performances of Handel’s Messiah, concerts at Saint Thomas have included Requiems by Fauré, Brahms, Mozart, Duruflé and Howells; Bach’s Passions and Mass in B Minor; the Monteverdi Vespers of 1610; a Henry Purcell anniversary concert; Rachmaninoff Vespers; the US premiere of John Tavener’s Mass; a concert of American composers featuring works by Bernstein and Copland and a composition by Saint Thomas chorister, Daniel Castellanos; and the world premiere of Scott Eyerly’s Spires.
The Men of the Saint Thomas Choir are professional singers; the Boy choristers attend Saint Thomas Choir School. Founded in 1919, it is the only church related boarding choir school in the United States, and one of only a few choir schools remaining in the world. The Choir School offers a challenging pre-preparatory curriculum, interscholastic sports, and musical training for boys in grades three through eight. The Choir School is committed to training and educating talented musicians without regard to religious, economic, or social background. Choristers are sought from all regions of the country