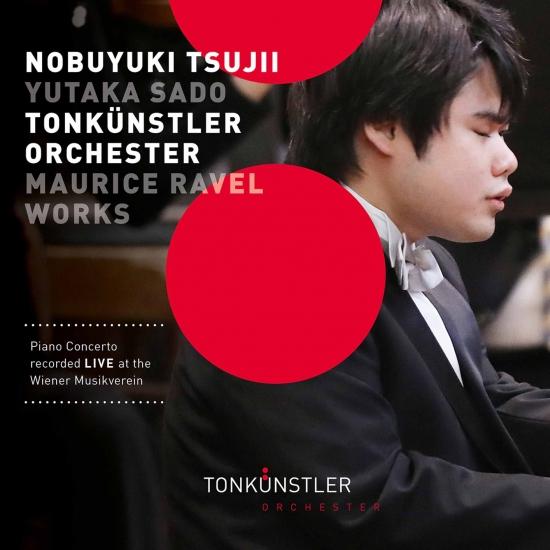 Yutaka Sado, the Japanese conductor who is Music Director of the Tonkunstler Orchestra, cherishes a special relationship with Maurice Ravel: “Ravel’s music has always held a central place in my heart and in my repertoire. Ravel had a deep affection for my motherland – and my professional conducting career began in his.” When Leonard Bernstein, who would later be Yutaka Sado’s teacher and mentor, introduced himself to the Viennese public as a soloist and conductor in 1948, he chose Ravel’s languidly jazzy Piano Concerto in G major. In this interpretation, recorded live in the Golden Hall of the Wiener Musikverein, the blind Japanese pianist Nobuyuki Tsujii plays the solo part. All the other works on this CD are also perfect examples of the many-faceted nature of Ravel’s oeuvre, including the incomparable “Bolero” – recorded under studio conditions in the outstanding acoustics of the Grafenegg Auditorium.
Nobuyuki Tsujii, Klavier
Tonkünstler-Orchester
Yutaka Sado, Dirigent 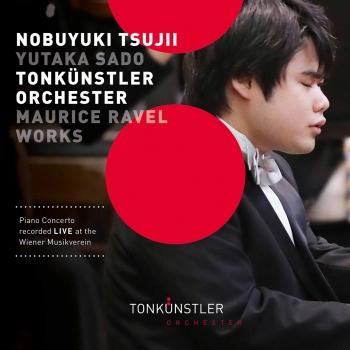 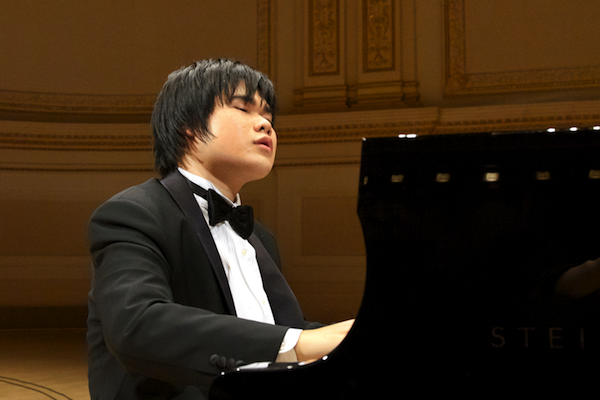 Nobuyuki Tsujii
Described by The Observer as the “definition of virtuosity,” Japanese pianist Nobuyuki Tsujii (Nobu), who has been blind from birth, won the joint Gold Medal at the Van Cliburn International Piano Competition in 2009. He has since earned an international reputation for the passion and excitement he brings to his live performances.
In the 2018–2019 season, Mr. Tsujii has appeared with both the Iceland Symphony Orchestra under Vladimir Ashkenazy and the Mariinsky Orchestra under the baton of Valery Gergiev as well as on a U.S. East Coast tour with Orpheus Chamber Orchestra. Upcoming performances this spring include an Asia tour with Orpheus Chamber Orchestra and his debut on the International Piano Series at London’s Southbank Centre. Other engagements this season include appearances at the Rostropovich International Festival in Moscow and a number of recitals in Germany, including performances in Stuttgart and Berlin.
An exclusive recording artist for Avex Classics International, Mr. Tsujii’s albums include Rachmaninoff’s Piano Concerto No.2 with Yutaka Sado and the Deutsches Symphonie-Orchester Berlin, Tchaikovsky’s Piano Concerto No.1 with Mr. Sado and the BBC Philharmonic, Beethoven’s Piano Concerto No. 5 with Orpheus Chamber Orchestra, and recital discs featuring works by Chopin, Mozart, Debussy, and Liszt. Last season, Mr. Tsujii recorded Rachmaninoff’s Variations on a theme of Paganini under Vasily Petrenko with the Royal Liverpool Philharmonic Orchestra.
A live DVD recording of Mr. Tsujii’s 2011 Carnegie Hall debut recital was named DVD of the Month by Gramophone, as was his latest DVD release, Touching the Sound — The Improbable Journey of Nobuyuki Tsujii, a documentary film by Peter Rosen.