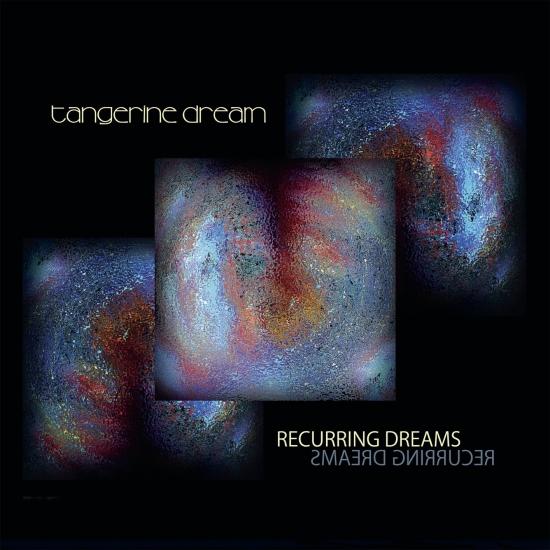 Tangerine Dream classics re-worked by the 2020 line-up of the legendary Electronica pioneers.
Tangerine Dream have been a fundamental influence on electronic music since Edgar Froese founded the band in West Berlin, 1967. Providing the groundwork for multiple electronic music genres including ambient and electronica, inspiring musicians and other art forms, from The Future Sound of London to Porcupine Tree, the widely popular TV show 'Stranger Things' (for which their music also featured in) to seminal video game 'Grand Theft Auto V' (for which they helped to write the soundtrack). The group have also received seven Grammy nominations, written over 100 studio albums and were led by Froese, who developed an instantly recognisable synth-based instrumental music based on a meditative musical experience that came to prominence in the 70's and 80's. Fast-forward to the present day, when popular culture is rediscovering synthesizers and sequencers, and Tangerine Dream are in the mix of an exciting time for an evolving electronic music scene.
Modern Tangerine Dream has seen the beginning of 'The Quantum Years', which began as a concept and series of musical sketches by Froese before he passed away in 2015. Remaining band members Thorsten Quaeschning, Ulrich Schnauss and Hoshiko Yamane worked together to realize Edgar's visions and expectations of a conceptual body of work that attempts to translate quantum philosophy into music. The new direction led to the 2017 album 'Quantum Gate', which was described by The Guardian as their "most interesting release in years."
With 'Recurring Dreams', the new generation of Tangerine Dream pay homage to the band's timeless beginnings with captivating and emotional renditions of selected classics, such as "Phaedra", "Stratosfear", "Tangram" and "Yellowstone Park". These new recordings are not just re-recorded covers but heartfelt and individual interpretations, featuring all generations of synths and sequencers, added layers and new arrangements, applying Froese's new quantum dream to these highly influential tracks. Recurring Dreams also includes the new version of "Claymore Mine Stalking" that was used in the popular 2018 black metal movie 'Lords of Chaos'.
Tangerine Dream

Tangerine Dream
Very different from your standard 'Heavy Metal Records' band, 'Tangerine Dream' are a German Electronic group that were first founded in 1967. There mix of Electronic, New-Age, Ambient and even Psychedelic has created a unique and iconic sound that has helped them to have a very successful career. In terms of line-up, the group have undergone many changes over the years, with founding member Edgar Froese being the only continuous member of the group until his untimely death in January 2015. During the peak of their career, the best known and most constant line up featured Froese as well as Christopher Franke and Peter Baumann, before in the late 70's keyboardist Johannes Schmoelling replaced Baumann. Over their incredible 49 year career, they have released over a hundred albums and have been hailed by many as key influential figures in the development of popular sub-genres of Electronic music including "Krautrock", "Berlin School", "Electronic Dance Music" and "New Age Music".
The group however are perhaps most famous for their work in film, and over the years they have composed and recorded the soundtracks for a number of big Hollywood films, most of which were released in the 1980's. These included the films "Sorcerer", "Risky Business", "Legend"and "Firestarter". They also composed the score for the fifth instalment of the extremely popular "Grand Theft Auto" series, "Grand Theft Auto V" which has gone on to receive worldwide critical acclaim and has won hundreds of game of the year awards. And it's film soundtracks where their association with Heavy Metal Records comes in, in 1984 the group composed and recorded the soundtrack for the film "Flashpoint" starring famous actor and musician Kris Kristofferson. The soundtrack was released through Heavy Metal Records that year with the film making $3,854,833 at the box office. In fact many of their soundtracks have gone to be more successful than some of their studio albums and in the years since, it's clear that many composers have taken influence from the groups iconic and revolutionary take on Electronic music for film scores.