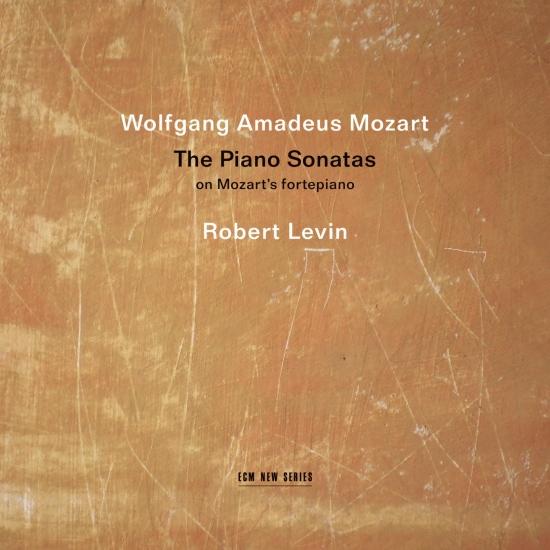 The first complete recording of W.A. Mozart’s piano sonatas on the composer’s own fortepiano, performed by American pianist and Mozart-scholar Robert Levin. This comprehensive, 7-album-set also comprises unfinished fragments by the Austrian composer, here completed by Levin himself in consideration of Mozart’s idioms and the compositional formalities of his period. Robert Levin’s interpretations of the piano sonatas are informed by the performance practice customs of the First Viennese School and include improvised elements and decorations in the repeats.
“One of the central questions that confronts an interpreter of classic period music, is what the meaning really is of repeats. In the narrowest and most literal sense of course it says you go back and you play what you have just played before. But we know that an important element of 18th century performance was the decoration of repeats. And when we look at Mozart’s sonatas we can see that this issue is very much central to his way of conceiving things,” explains Levin.
The pianist traces the customs on how to deal with repeats back to Carl Pilipp Emmanuel Bach, who, in a forward to his Sonatas with Varied Reprises (1759), commented on the practice of repeats extensively, noting, at the time, that “decoration of repeats is in the present day indispensable” and “expected of every executant.” C.P.E. Bach had been a big influence on Mozart, and Levin treats his piano sonatas accordingly, by not only limiting himself to small embellishments in the descant, but applying changes that involve the entire compositional fabric. Thus, the repeats are handled freely, with altered details in the melody, the accompaniment and, as the occasion demands, the harmony, and even with short interpolations (additional material added in-between musical phrases).
In addition to this historically informed approach to the sonatas, Levin also offers completions of sonata movements which Mozart never finished. Levin’s compositional vision for the fragments reveal the pianist’s profound knowledge and understanding of Mozart’s diction and the musical language of the composer’s time. On the Sonata movement in C major, K 42 (35a) Levin observes: “this cheerful triple-meter fragment breaks off after 25 bars, leaving us with the main and secondary themes. It should be obvious that the piece breaks off precisely at the beginning of a sequence intended to lead to the coda. My completion attempts to maintain the movement’s high spirits and outspoken character.”
With the aim of a most authentic delivery, the entirety of the sonatas are performed on Mozart’s own fortepiano, whose limited width of roughly 100 cm combined with numerous other particular construction-related details make for a distinguished, woody sound that brings out the characteristics of Mozart’s sonatas with special transparency. The piano was built by Anton Gabriel Walter, most likely in 1782, and, as Mozart-expert and Mozarteum-director Ulrich Leisinger explains in the liner notes, “is noteworthy for a silvery sound rich in overtones, and for its surprisingly distinct bass notes, compared to those of a modern concert grand piano.” Mozart used this specific piano from 1785 on.
The recordings are accompanied by a 100-page booklet featuring an essay on the sonatas and the instrument by Ulrich Leisinger, a performer’s note by Levin, manuscript-scores and more. The Sonatas were recorded at the Großer Saal, Salzburg Mozarteum Foundation.
Robert Levin, Klavier 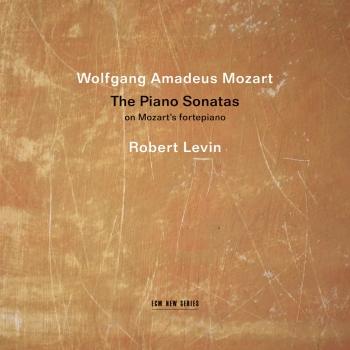 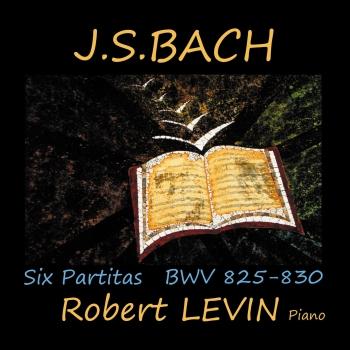 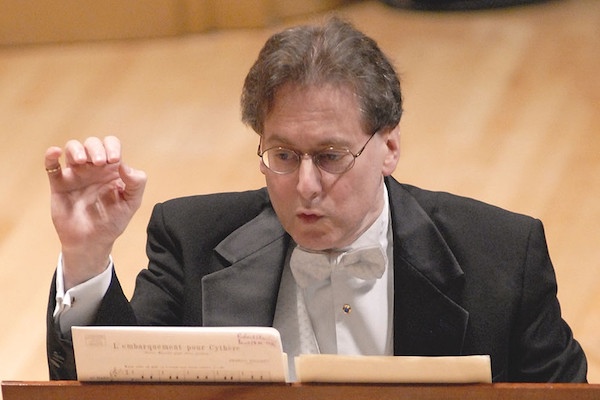 Robert Levin
Pianist and Conductor Robert Levin has performed throughout the United States, Europe, Australia and Asia. His solo engagements include the orchestras of Atlanta, Berlin, Birmingham, Boston, Chicago, Cleveland, Detroit, Los Angeles, Montreal, Utah and Vienna on the Steinway with such conductors as Semyon Bychkov, James Conlon, Bernard Haitink, Sir Neville Marriner, Seiji Ozawa, Sir Simon Rattle and Esa-Pekka Salonen. On period pianos he has appeared with the Academy of Ancient Music, English Baroque Soloists, Handel & Haydn Society, Orchestra of the Age of Enlightenment and the Orchestre Révolutionnaire et Romantique, with Sir John Eliot Gardiner, Christopher Hogwood, Sir Charles Mackerras, Nicholas McGegan, and Sir Roger Norrington.
Renowned for his improvised embellishments and cadenzas in Classical period repertoire, Robert Levin has made recordings for DG Archiv, CRI, Decca, Deutsche Grammophon, Deutsche Harmonia Mundi, ECM, New York Philomusica, Nonesuch, Philips and SONY Classical. These include a Mozart concerto cycle for Decca; a Beethoven concerto cycle for DG Archiv (including the world premiere recording of Beethoven’s arrangement of the Fourth Concerto for piano and string quintet); and the complete Bach harpsichord concertos with Helmuth Rilling, as well as the six English Suites (on piano) and both books of the Well-Tempered Clavier (on five keyboard instruments) as part of Hänssler’s 172-CD Edition Bachakademie. ECM will be releasing his traversal of the Mozart piano sonatas on Mozart’s piano. He is a regular partner of cellist Steven Isserlis, with whom he recorded the complete piano and cello music of Beethoven, and pianist Ya-Fei Chuang, with whom he appears in recital and with orchestra. Earlier this year he toured Europe and the United States with violinist Hilary Hahn.
A passionate advocate of new music, Robert Levin has commissioned and premiered a large number of works. He has recorded the complete piano music of Dutilleux for ECM and joined pianist Ursula Oppens in a CD of Bernard Rands’ piano music for Bridge. A renowned chamber musician, his completions of Mozart fragments are published by Bärenreiter, Breitkopf & Härtel, Carus, Peters, and Wiener Urtext Edition, and recorded and performed throughout the world.