In a Winter Light Alexander Armstrong 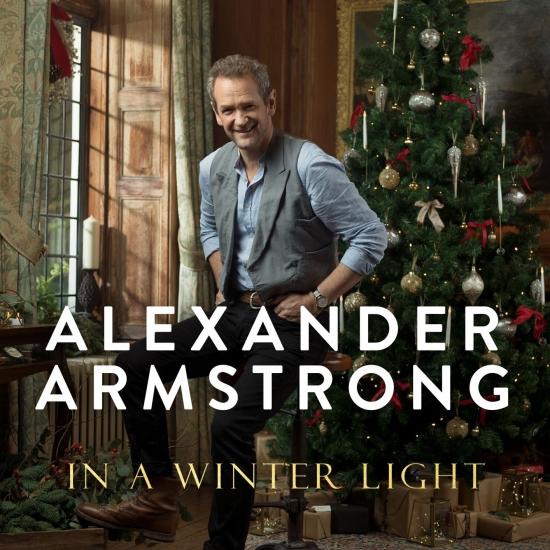 Info for In a Winter Light

After two Top 10 albums – ‘A Year of Songs’ (2015) and ‘Upon A Different Shore’ (2016) – Alexander Armstrong will release his first Christmas album ‘In A Winter Light’ on November 24th.
“I’ve always wanted to do an album of Christmas music because it’s such a madly evocative repertoire” explains the actor, comedian, presenter and classically trained baritone. “No other season has such a mass of varied and beautiful pieces written in celebration of it. Music is right at the heart of any Christmas.”
"Christmas without music would be unthinkable. I mean I daresay you could still find some joy in an old mince pie or something, but just imagine no carols, no Bing, no boys of the NYPD choir, no For Unto Us A Child Is Born, now that really would be bleak midwinter. The truth is we haven’t got time to hang about in December so we use our favourite music each year to take us straight to where we want to be: maybe it’s to savour the more mystical side of Christmas as an ancient religious festival or maybe it’s to celebrate an uproarious winter knees-up with those we love. Or - ideally - a bit of both…“
Having spent years performing in choirs, Armstrong’s beloved musical heritage is on full, glorious display on ‘In A Winter Light’. Recorded with the City of Prague Orchestra, abetted by the Choir of New College, Oxford, the RAF Squadronaires big band and Jools Holland, it’s the rich, enveloping sound of a gifted baritone pursuing the range of his seasonal and musical passions.
The songs were scored and arranged by the husband and wife team of James and Juliette Morgan Pochin. James was Armstrong’s organ scholar at Trinity College Cambridge, while Juliette was an alto in the choir at the same time. It’s a fitting and inspired collaboration: the trio’s long connections and shared eclecticism help cohere this classically coloured, elegantly wrapped festive selection box.
Armstrong’s seasonal playlist takes us carefully around his many loves. The judicious song selection ranges from neo-folkies Fleet Foxes’ ‘White Winter Hymnal’ to revered early 20th century church composer Herbert Howells’ ‘A Spotless Rose’. We move seamlessly from the wintry paganism of the Middle Ages (‘There Is No Rose’) to the cocktail cheer of the Fifties (‘Winter Wonderland’). Nina Simone (‘Little Girl Blue’) clinks a glass with Bing Crosby (‘Let It Snow’). And, finally, you can barely hear the distance between a brace of 19th century hymnal wonders (‘O Holy Night’, ‘Bethlehem Down’, ‘Silent Night’) and a pair of fresh-off-the page compositions written by Armstrong himself.
Of his two self-penned contributions, Armstrong acknowledges that ‘I Still Believe in Christmas’ is “pure Bing”. In the lyrics he hymns the nostalgia of all our idealised Christmases, where “every card’s a snow scene / every Christmas brings new tunes / but still we’re dreaming Bing’s sweet dream”. His other song is ‘This Glorious Morrow’, which we might characterize as Chris Rea’s ‘Driving Home for Christmas’ as reimagined by Chaucer.
“This is the complete Christmas,” Armstrong says of the album. “I’ve drawn together every single style of seasonal music that I love, so you’ve got the full English here all in one place: mysterious medieval through to lavish Victorian Christmas, sacred through to profane, carols through to cocktails.”
Alexander Armstrong will follow the release of the album by embarking upon a major UK tour next year. The dates – dubbed ‘An evening of live music with Alexander Armstrong in concert’ – include a huge London show at the prestigious Royal Albert Hall.
Alexander Armstrong, vocals 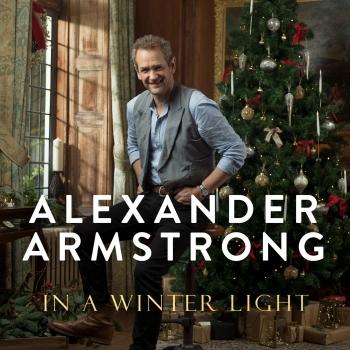 In a Winter Light