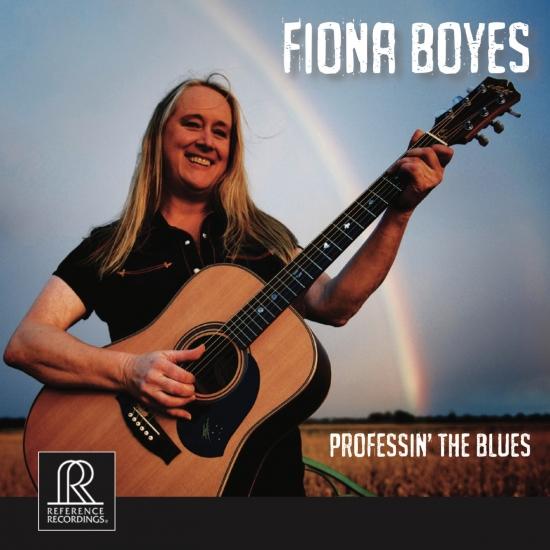 Info for Professin' the Blues

Professin' The Blues proclaims Fiona Boyes passion for the Blues as she celebrates the unique contribution of recording and mastering engineer 'Professor' Keith O. Johnson, Reference Recording's Technical Director and audio legend. In her self-penned and illustrated liner notes Fiona makes the declaration, "'rofessor' Keith's amazing approach to capturing sounds, mostly with his own hand built equipment, is nothing short of sonic alchemy".
Australian Blues guitarist, vocalist, and songwriter Fiona Boyes has been recording and performing for more than 25 years, building a career that has taken her to major festivals and stages around the world. A veteran recording artist with 13 releases, she has received 5 Blues Music Award nominations in 4 different categories from the Blues Foundation in Memphis, won more than 30 Australian music awards, worldwide accolades and legions of supporters. Fiona's immersion in the rich musical and historical traditions that make up the Blues lend conviction and authenticity to both her guitar work and songwriting. Her abundant talent, artistic sincerity and musical integrity are a beacon.
In solo, duo and trio settings, Fiona presents 16 tunes (14 originals and 2 covers), employing a traditional acoustic guitar, two different metal body resonators and a unique 4-string cigar box guitar. Joining her are two highly respected instrumentalist; drummer Jimi Bott and bassist Denny Croy.
Recorded at Skywalker Sound in Marin County, California, Professin' The Blues, like all of 'Prof.' Johnson sessions, was recorded live, in real-time, with no separate tracks, overdubs, or effects. Co-produced by Fiona Boyes and Janice Mancuso.
"...our heroine perpetuates the blues legacy with a brave attitude and amazing conviction." (Vicente Zumel, La Hora Del Blues)
„Far and away the most significant Australian female Blues performer“ (Rhythms Magazine)
„These originals could have been sung by Memphis Minnie … stinging resonator and vocals … her music has the ambiance of the 30’s … there’s a strength and purpose to each picked note … Boyes moves into classic blues woman territory“ (Blues Revue)
Fiona Boyes, guitar
Jimi Bott, drums
Denny Croy, double bass 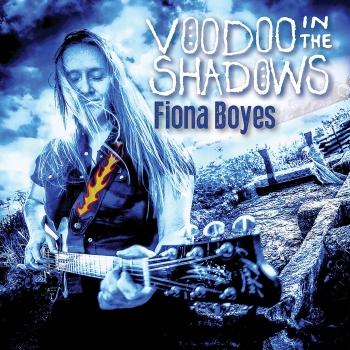 Voodoo in the Shadows 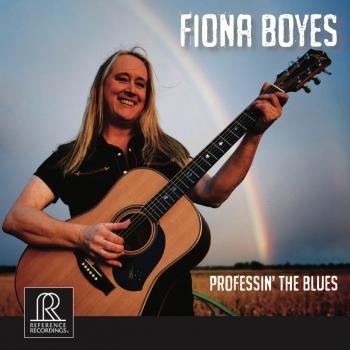 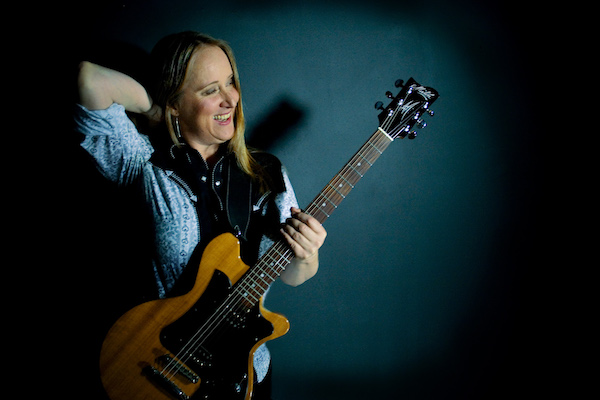 Fiona Boyes
an Australian blues guitarist, vocalist, and songwriter, has been recording and performing for more than 25 years, building a career that has taken her to major festivals and stages around the world. A veteran recording artist with 13 releases, Australia’s first lady of the Blues has 5 USA Blues Music Award nominations in 4 different categories, and more than 30 Australian music awards, spanning the blues, folk, jazz and Americana scenes. Fiona’s immersion in the wide musical and historical traditions that make up the Blues and her deep love of the art-form itself lends conviction and authenticity to her playing and songwriting.
Fiona began her career as a Blues artist when she won an Australian made Maton guitar in a local coffee shop talent show. During the early years she honed her skills with all female band, The Mojos, who went on to become one of Australia’s premier blues acts, with 5 recordings to their credit. In 2000 Fiona released her debut solo recording, which won Australian Blues Album, Female Artist, and Song of the Year awards. Her international career took off in 2003 when she won the International Blues Challenge in Memphis, the first woman and first non-American to be so honored. Since then she has released numerous award winning albums and maintained a busy international touring schedule.
Equally at home on acoustic or electric guitars, her repertoire is like a Blues travelogue. Listen to her play and you’ll hear pre-war Delta slide, wailing laments, single chord Mississippi Hills grooves, intricate and beautiful Piedmont finger picking, rollicking New Orleans barrelhouse, greasy Memphis soul, driving classic Chicago sounds, the country stylings of Texas swing, and the uptown sounds of the West Coast. On her latest release - ‘Professin’ the Blues’ - Fiona digs deep into her love of acoustic blues guitar and songwriting: the roots of the Blues. As her friend and musical mentor, the late, great Hubert Sumlin said, ‘She’s got it! I’ve played with all of them – and she’s got it!’
Constantly touring, Fiona divides her time between Australia, Nth America, and Europe. Her home-away-from home is Portland, Oregon, as she follows the Festival seasons in both hemispheres. When she’s back in Australia, Fiona lives on the Clarence River in northern NSW, with her husband Steve, a social activist and Anglican priest, and between them they share the joys of five children and eight grandchildren.

Booklet for Professin' the Blues