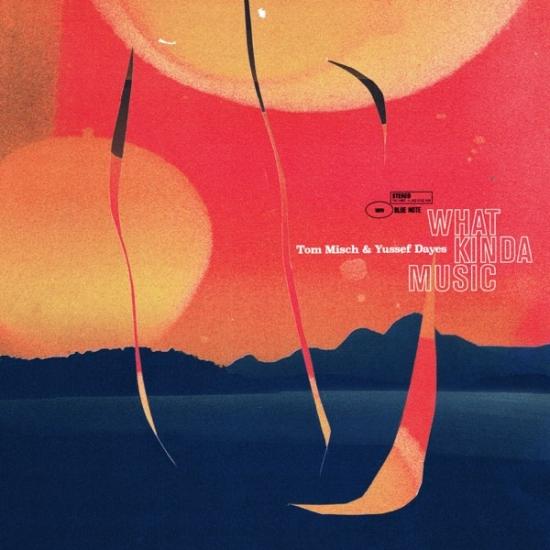 Info for What Kinda Music

“What Kinda Music” is an astonishing collaboration between two artists of very different disciplines, and one of the most unique and seamlessly original projects of its ilk to date. Moving fluidly through sleek electronica, avant-garde jazz, vintage hip hop and so much more, Misch and Dayes take you on a journey that is by turns surprising and spontaneous, heady and head spinning, and nothing less than compelling – a singular vision which fuses the DNA of both musicians with spectacular results, as can be seen in the title track, which comes backed by a gorgeously atmospheric video by XX.
Even though the fundamental bones of this project came together very quickly, its actual provenance stretches back much, much farther back, with the pair not only growing up in the same area of South East London, but Misch actually seeing Dayes play on drums in the school talent show for the first time when he was roughly 8 or 9. They both kept tabs on each other – Misch becoming a fan of Dayes’ act YussefKamaal, Dayes clocking his videos in 2014 – but it was only when they met at a launch party for Misch’s debut LP “Geography” in 2018 that the proverbial creative sparks began to fly. “As a musician you’re always looking for contemporaries who can push you and challenge you and make you better”, says Dayes. “I instantly felt that with Tom – he was such a gifted musician, and so prolific”. That summer they decided to go into the studio together, jam a little, and see what happens, with no other expectation placed upon it.
As it turns out, the music came fast and furiously. Two initial tracks were suddenly followed by a handful of others, and the pair found themselves contemplating what to do next. “Pretty soon, we knew that something was gelling”, Dayes says. “It didn’t feel like a one-off collaboration, it felt like a body of work”. What made the pair click, according to Misch and Dayes, were the exact same factors that meant it shouldn’t, by all rights, work. Misch says, “Yussef comes from a more experimental background, and he has a lot of loose, crazy ideas. I know how to write a catchy melody, but with interesting chords and have a good understanding of popular song forms, so I think I streamlined those ideas and made them accessible”. And certainly, in “What Kinda Music” you can sense the DNA of both musicians, but fusing so effortlessly and beautifully that it creates something else entirely, the appropriately named “Lift Off” sending goosebumps with its jazz flecked crescendo, and “Night Rider” hynotising with its deeply mesmeric grooves. “I have a love for harmony and chords”, Misch adds. “Working with someone like Yussef, who has such a gifted sense of rhythm allowed a perfect balance”.
Throughout the record, there is an utterly joyful feel of two musicians at the top of their game sparking off one another, picking up ideas and running with them – zigging where the other zags, ebbing where the other flows, with Misch producing the majority of the record and both having a hand in the overall sound and feel of the record.
“Working with Yussef has actually changed the way I work as a musician”, Misch muses. “He’s pushed me and unlocked a more experimental part of me that I hadn’t really allowed myself to explore before. I think we really did impact each other in a fundamental way”. Dayes is similarly effusive in his praise for Misch. “A musician like him, who’s at the top of his game, he doesn’t need to do this”, he raves. “He can just keep doing the same thing and why not? He’s killing it. The fact that he’s so humble, that he’s so curious about everything and open to collaboration, speaks a lot to him as an artist, because it’s not easy finding musicians who want to collaborate. Something always gets in the way, whether it’s ego or their team or whatever. But with Tom it felt like the intention was purely creative, and that’s what made it exciting”. In fact, Dayes says that the intentions of the record go even deeper than just music. “Both our parents who’d never met each other before, are now best friends as a result of this, they now see each other more than we do! I’d like to think, in some small way, that this album has a similar impact for people too – everything feels so divided these days, it would be nice for people to hear the record and hear two very different musicians coming together and realise it doesn’t have to be that way”.
Tom Misch, guitar
Yussef Dayes, drums
Guests:
Rocco Palladino, bass
Freddie Gibbs, vocals, rap
Kaidi Akinnibi, saxophones 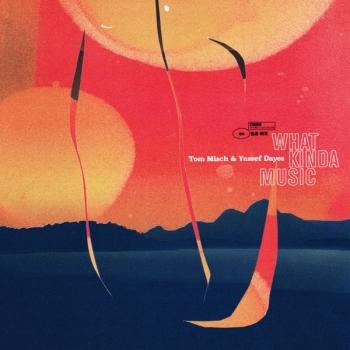 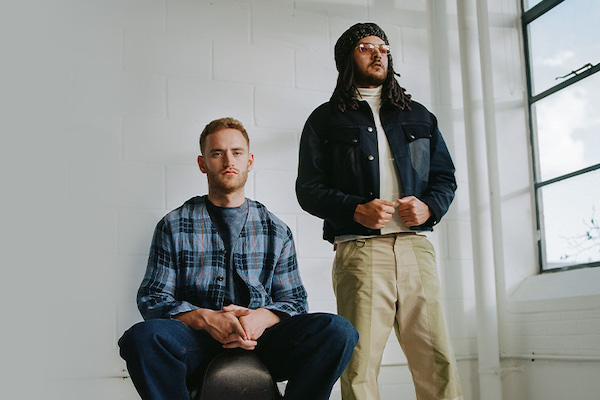