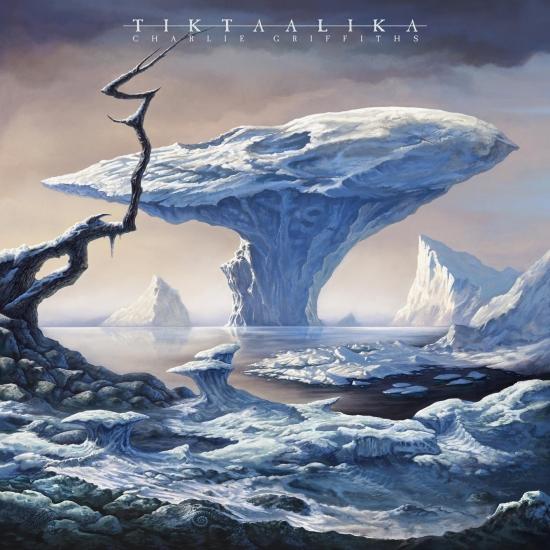 Charlie Griffiths, guitarist for British Progressive Metal band Haken, proudly presents his debut solo album ‘Tiktaalika’. With musical roots still firmly in the progressive realm, Charlie draws from his love of old-school 80s thrash, 90s tech-metal and alternative rock. Running the gamut from melodic to avant-garde to straight-up heavy, you might say Tiktaalika bridges the gap between King Crimson and King Diamond! This concept album was 375 million years in the making, with the 9 tracks drawing inspiration from themes of geological time, fossilisation, transformation and humanity’s connections with each other and the planet we inhabit. The Griffiths-penned lyrics are given voice by some of the best vocalists in the business: Tommy Rogers (Between the Buried And Me), Danïel De Jongh (Textures), Vladimir Lalić (Organised Chaos) and Neil Purdy (Luna’s Call). The album also features a host of guest musicians: Drummer Darby Todd (Martin Barre, Frost, Devin Townsend), Keyboard wizard Jordan Rudess (Dream Theater) and Saxophonist Rob Townsend (Steve Hackett). The album was mixed by Adam ‘Nolly’ Getgood and mastered by Ermin Hamidovic.
"Ultimately, there’s something quite beautiful here. I grew strangely attached to Tiktaalika. And I say strange because life – for me anyway, and I assume for many others – has been so rough the past few years. So rough, in fact, that any sort of emotional investment outside of family is rare. But I felt emotionally invested in this. That moment in “Dead in the Water,” for example – the singing at about 6:45. It’s almost crassly opportunistic in how it so strongly banks on everything building to that point. Right in the feels. Almost Spielbergian in that sense. And if Griffiths has shown one thing with Tiktaalika, it’s that he’s kind of masterful at this stuff. The songwriting stuff. Let’s hope this isn’t a one-off." (yourlastrites.com)
Charlie Griffiths, guitar, bass, keyboard, vocals
Darby Todd, drums
Jordan Rudess, keyboards
Rob Townsend, saxophone
Tommy Rogers, vocals (tracks 2, 9)
Danïel De Jongh, vocals (tracks 3, 8)
Vladimir Lalić, vocals (tracks 4,5)
Neil Purdy, vocals (track 5) 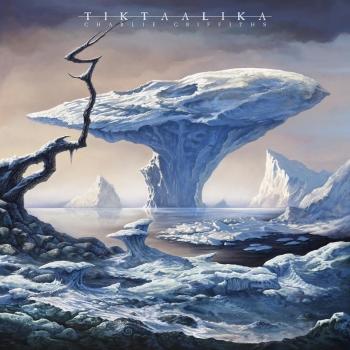 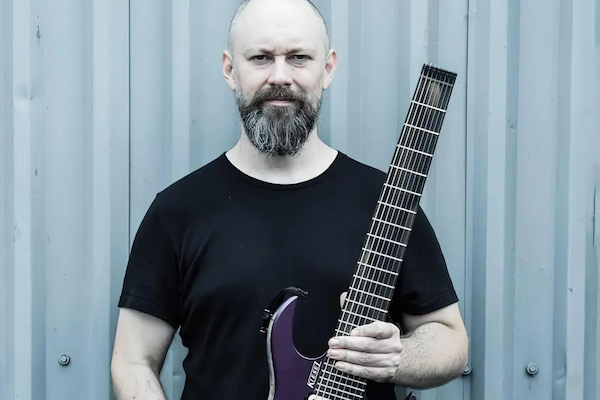 Charlie Griffiths
is a guitarist and educator, adept at rock, heavy metal, and pop guitar playing. He has a wealth of experience playing corporate and session gigs, as well as touring with his own critically acclaimed progressive metal band, HAKEN. He has also been a regular contributor to the magazines Total Guitar, Guitar Techniques, and Guitar World for over ten years.
Since graduating from the Guitar Institute (former name of the ICMP) in 1996, Charlie has performed extensively. In 2002, he formed the band Linear Sphere with Martin Goulding, with whom he released the album Reality Dysfunction. In 2008, he left that band to join HAKEN.
Haken have since released multiple albums on the Sensory and Inside Out Music labels and gigged throughout Europe with bands including Dream Theater, Pain of Salvation, Marillion, Frost, Cynic, Big Elf, and Kings X.
Charlie's work with HAKEN continues to go from strength-to-strength. Following the release of the bands much-acclaimed fourth studio album 'Affinity', they embarked upon their 10th anniversary tour across Europe & North America. After releasing their first ever live album, titled 'L-1VE' in 2018 Haken have recently released the first single 'Prosthetic' of their newest record 'Virus'.