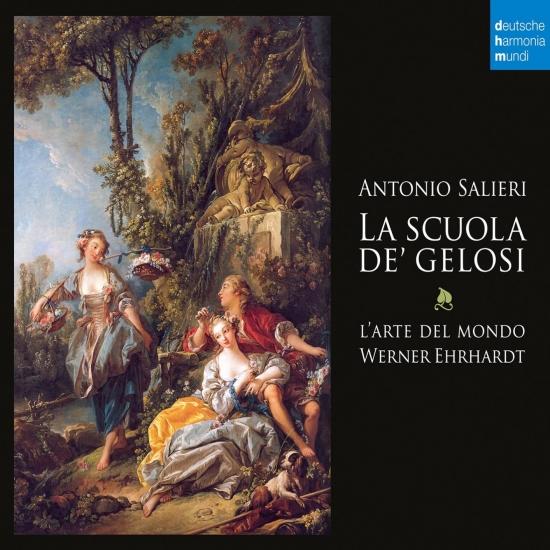 In its day La scuola de’ gelosi (1778) was one of the best-known comic operas by Antonio Salieri (1750–1825), remaining a box-office hit for decades. All the more astonishing is the fact that it could sink into obscurity. Even Goethe was excited by this masterpiece: “The opera is the audience’s favourite, and the audience is right. It contains an astonishing richness and variety, and the subject is treated with the most exquisite taste. I was moved by every aria.” In the wake of its world premiere in Venice in 1778, La scuola de’ gelosi was performed in opera houses all over Europe, from Dresden, Vienna, Prague and Paris to cities as far away as London and St Petersburg, before it passed into near-oblivion. Not until well over two centuries later did Werner Ehrhardt and his ensemble, l’arte del mondo, rediscover this musical treasure. Their world-premiere recording affords impressive proof of Salieri’s abilities and explores his shrewd delineation of character, whereby jealousy repeatedly rears its head in ever-new guises.
Francesca Lombardi Mazzulli, soprano (Gräfin Bandiera)
Emanuele d’Aguanno, tenor (Graf Bandiera)
Federico Sacchi, bass (Blasio)
Roberta Mameli, soprano (Ernestina)
Florian Götz, tenor (Lumaca)
Milena Sorti, soprano (Carlotta)
Patrick Vogel, bass (Der Lieutenant)
L’arte del mondo
Werner Ehrhardt, direction 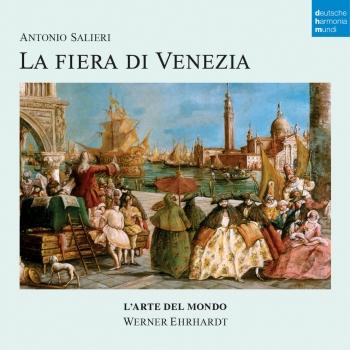 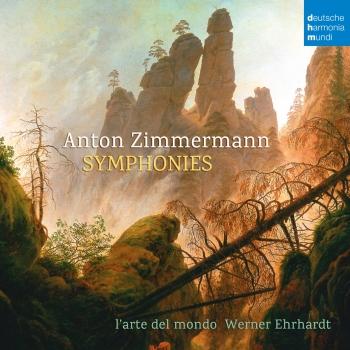 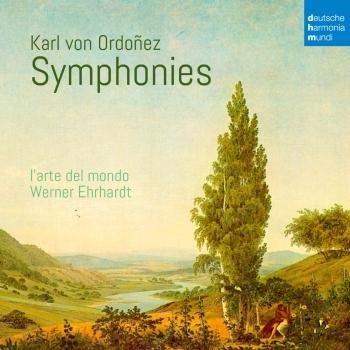 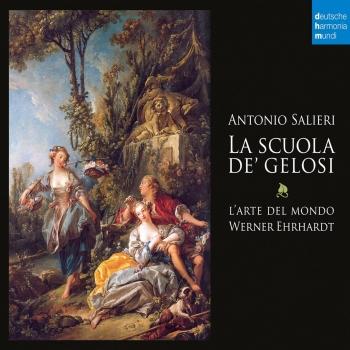 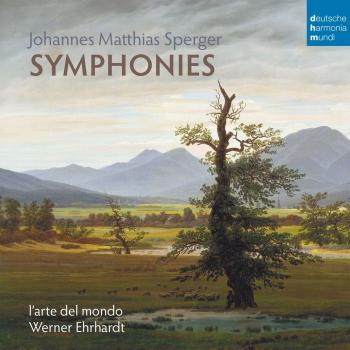 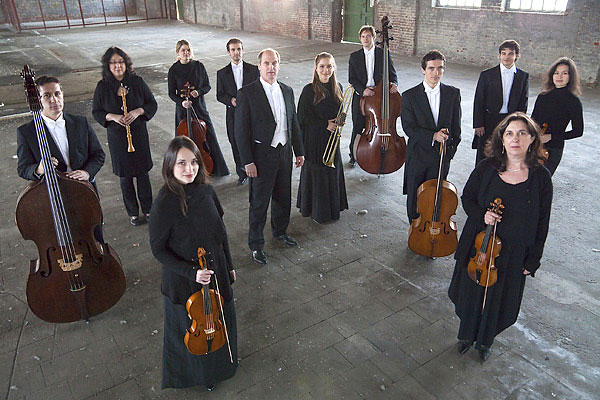 L'arte del mondo
The orchestra l’arte del mondo, which was founded by artistic director Werner Ehrhardt in 2004, stands in the tradition of historical performance practice. This is the origin of the orchestra which also presents ­outstanding performances on modern instruments and with repertoire up to 20th century composers.
The orchestra’s creation was soon followed by invitations to perform in renowned festivals and concert series – such as the Ludwigsburg Schlossfestspiele, Bonn’s Beethoven festival, Rheingau Musikfestival, Musikfestspielen Mecklenburg-Vorpommern, the Konzerthaus in Berlin, and the Cité de la musique in Paris – and to collaborate with the West German Broadcasting Company (WDR) and Deutschlandfunk.
This ensemble’s interesting œuvre has been documented under the various cd labels. The recording list includes a number of world premiers and rediscovered orchestral works, operas, and oratorios. The recording of Nicolas Méhul’s comic opera L’Irato ou l’Emporté as well as the recording “Liaisons” with soprano Chen Reiss (2011) received the prestigious French award the “Diapason”.
From the season 2010 / 2011 on, l’arte del mondo’s recordings are published at Sony / Deutsche Harmonia mundi. “Amor Oriental”, the first record published under this label was published in April 2011. Premiere world recordings as Pasquale Anfossis “La finta giardiniera” with Nuria Rial and Krystian Adam, Funeral Cantata by Joseph Martin Kraus with RIAS Chamber Choir and Christoph Willibald Glucks “La clemenza di Tito” followed.
The orchestra’s regular guest soloists include the sopranos Simone Kermes, Edita Gruberová, Chen Reiss, Laura Aikind and Raffaella Milanesi, tenors Christoph Prégardien, Rainer Trost and Thomas Michael Allen, violinists Daniel Hope, Viktoria Mullova and Baiba Skride, trumpeter Reinhold Friedrich, harpist Xavier de Maistre and jazz-pianist Uri Caine.
Performances lead l’arte del mondo to venues like the Festspielhaus Baden-Baden, Herkulessaal in Munich, Tonhalle Düsseldorf, the Philharmonie Berlin, the Schwetzinger Festspiele, the Handel Festival in Halle, Musikfestspiele Potsdam-Sanssouci as well as to the Israel Festival, South America, Turkey, Switzerland, France, Denmark, Russia and Japan.
Since Summer 2010 l’arte del mondo is the permanent orchestra in residence of Bayer Arts and Culture in Leverkusen, the culture division of Bayer AG International. This residence includes various performances throughout the concert season.
Werner Ehrhardt
The violinist and conductor Werner Ehrhardt, a native of Cologne, is a constant presence on the international stage as a conductor. He studied period performance practice under Prof. Franz-Josef Maier (Cologne), Sigiswald Kuijken (Brussels), as well as conducting under Prof. Bloemeke in Detmold.
His perpetual inquisitiveness and his keen interest for the various approaches to music led him to further intensive studies under the teacher Kato Havas in Oxford and Prof. Renate Peter in Cologne.
From 1985 to 2005, he directed the world-renowned chamber orchestra Concerto Köln, developing and shaping distinct style in rendering period performance practices.
In 2004, he founded the orchestra l‘arte del mondo, while also working with traditional orchestras as a freelance conductor. Ever since then, he has guested with several international opera, symphony, and chamber orchestras such as the Staatsopernorchester Stuttgart, the Konzerthausorchester Berlin, the Berner Sinfonieorchester, the Hamburger Sinfoniker, the Stuttgarter Kammerorchester, the Deutsche Kammerakademie Neuss, the Orchestre de Chambre de Genève, and the Capriccio Basel.
He has worked with soloists like Edita Gruberová, Magdalena Kožená, Barbara Hendricks, Christine Schäfer, Eva Mei, Andreas Scholl, Olli Mustonen, Christiane Oelze, Xavier de Maistre, Daniel Hope, Viktoria Mullova, Daniel Müller-Schott, the RIAS Kammerchor, and the Bad Tölz Boys‘ Choir. Through his openness for innovations, his artistic curiosity, his infectious enthusiasm and his musical cosmopolitanism in working with orchestras, Werner Ehrhardt captivates his musicians, the audience, and the press. As a conductor, he represents a distinct, unmistakably historically schooled interpretation of orchestral and vocal works, with his interests reaching beyond the horizons of Western European music.
Accordingly, under his direction, more than 50 CDs have been recorded in the fields of opera, oratorio and concertante-symphonic music, many of which have been honoured with numerous international awards. Among the recordings, one can find re-discoveries of works by forgotten composers (eg Joseph Martin Kraus, Pasquale Anfossi, Josef Myslivecek, and Franz Xaver Sterkel), of which the audiences were made aware again with great enthusiasm.