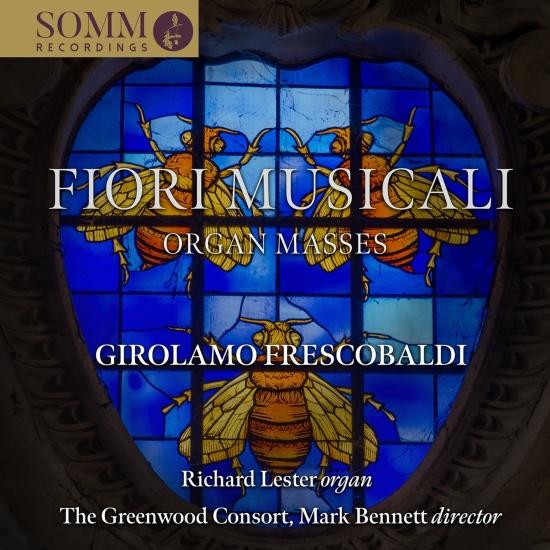 SOMM Recordings marks the anniversaries of the birth and death of the late-Renaissance, early-Baroque master Girolamo Frescobaldi with a revelatory new recording of his celebrated collection of liturgical organ music, Fiori musicali.
Making their label debuts are acclaimed organist Richard Lester, who also provides authoritative booklet notes, and a baritone quartet drawn from The Greenwood Consort.
Although the history of the Organ Mass dates to the early 15th century, Frescobaldi’s Fiori musicali of 1635, the feted composer’s last work comprising three Masses, represents a highwater-mark of the genre and “a final flowering and significant celebration of his musical genius and creativity”.
The first, In Dominicis infra annum (Orbis factor), composed for Sunday Mass, begins in declamatory style and transitions to a buoyant, playfully expressive conclusion. The Mass for the Apostles, Missa: In Festis Duplicibus I (Cunctipotens Genitor Deus), is marked by striking dynamic and textural contrasts. The third Mass, to mark Feasts of the Virgin Mary, In Festis Beata Mariae Virginis I (Cum jubilo), shows Frescobaldi daringly borrowing popular folk tunes to underline the connection between the secular and the sacred.
Richard Lester’s five-decades-spanning career began with harpsichord studies with George Malcom and saw him hailed by The Telegraph as “one of our leading players”. He has recorded more than 80 CDs of harpsichord and organ music and is the author of Girolamo Frescobaldi: A Variety of Inventions.
Led by baritone Mark Bennett, Devon-based The Greenwood Consort is a flexible ensemble of singers and instrumentalists committed to performing to communities with limited access to live music, who focus on historically informed performance of Baroque and pre-Baroque music.
The Greenwood Consort
Richard Lester, organ
Mark Bennett, diretor 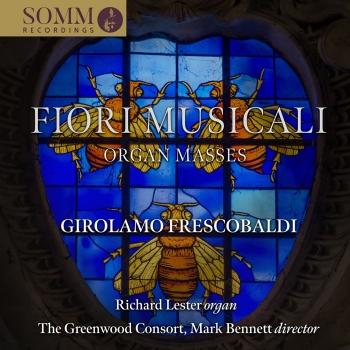 Richard Lester
As one of Nimbus Records’ ‘most popular artists’, Richard Lester’s harpsichord recordings have received superlative reviews in Gramophone: twice awarded the ‘outstanding’ accolade from International Record Review; voted Musicweb International’s ‘Recordings of the year’ (2011), and ‘Recording of the month’ (2018).
His Frescobaldi opus on period instruments also features in the Penguin Guide to the 1000 Finest Classical Recordings: ‘Performance of Frescobaldi demands a free, improvisatory style of performance, of which Richard Lester is obviously a master.’
Having studied with George Malcolm, Lester first achieved acclaim in his debut recital at the Royal Festival Hall, Purcell Room in 1973 where he was hailed by David Money in The Daily Telegraph as ‘One of our leading players.’ Since 1977, when he was soloist in a BBC broadcast of Bach’s harpsichord concertos from Birmingham Cathedral, he has performed at Wigmore Hall; BBC Television’s Pebble Mill at One, and on Radio Three, where his recordings are recurrently broadcast.
His many solo engagements have also included the Bath International Festival, Bruges Festival, Bath Bach Festival; together with numerous concerts abroad; plus master classes at Dartington Summer School of Music.
In 1982, Dame Janet Baker chose his Sutton Sound recording of Scarlatti sonatas as the ‘favourite’ on BBC Desert Island Discs, commenting that ‘it would keep my spirits up so well.’ www.bbc.co.uk/programmes/p009mkhn
Lester is equally accomplished on the Fortepiano, accumulating accolades for a recording of Haydn sonatas in Classical Net:‘There is a sense in which you are made to feel you are in the room with Lester (or Haydn!) and are hearing the music, if not for the first time, then hearing its nuances and subtleties afresh;’ and All Music Guide USA: ‘These performances are musically persuasive all the way through.’
A review in Classical Net of a live concert of Mozart on the Johann Schantz fortepiano (c 1795) in the Bath Holburne Museum, stated, ‘Lester’s playing is full of life. Importantly, his technique (never obtrusive, for all the intricacies of certain passages) lets Mozart’s moments of joy, bewilderment, mischief, wistfulness and sheer exuberance present themselves at all times. He brings out the characteristics of both Mozart’s solo keyboard writing and the fortepiano in equal measure – because that is what Mozart wanted.’
His career as an organist is equally celebrated in this country and abroad where he enjoys playing the Baroque, Romantic and Modern organ repertoire. In 1995 he was appointed Organist and Master of the Choristers at Cirencester Parish Church, a position that afforded the opportunity to direct courses there, and at Bristol Cathedral for the Royal School of Church Music. In the same year he performed Elgar’s organ Sonata in G major at St Paul’s Cathedral, in London for the 50th VJ anniversary celebrations; and in 2013 his recital at St Mark’s in Venice and at Bergamo Cathedral drew capacity audiences. In 2020 he relinquished his title as Associate organist at Buckfast Abbey, a position held since2017.
His most recent recording at St Luke’s Church, Buckfastleigh of French Romantic organ music, entitled ‘French Bonbons’ received an outstanding review from John France in Musicweb International, -‘I enjoyed this CD. It is full of good things. The playing is terrific, and the outstanding recording is exactly what I expect from Nimbus CDs.’
As a musicologist he has contributed numerous articles in Harpsichord and Fortepiano magazine on early Italian keyboard fingering, organ registration and ornamentation; and in addition, his compilation of Renaissance keyboard music together with a DVD and CD entitled ‘Masterworks and Miniatures’ is available from Nimbus Music Publishing.
Lester is the only artist to have recorded the complete oeuvre of Scarlatti sonatas, plus six more recently discovered and authenticated sonatas in various European collections Gramophone: ‘Should be considered as first choice for potential collectors of the whole oeuvre… an enterprising Scarlatti project and a completist’s dream.’
Between 2017 and 2019 he recorded three double volumes of harpsichord works by Bach, recommended by BBC Music Magazine.
Mark Sealey’s review of volumes 1 and 2 in Classical Net USA stated, ‘The blend of scholarship, understanding and a lifetime’s experience with playing – which is both infused with life and yet wholly respects Bach’s idiom – makes this a release to be snapped up immediately.’
In 2021 he was awarded an honorary Doctorate for outstanding achievement in early music.
After a Triple By-pass and aortic valve replacement operation in 2020, he has now at the age of 76 decided to retire from concertizing and recording, and lives happily with his lovely wife Jackie, and their lively Jack Russell, Snoopy, in Buckfastleigh, on the edge of Dartmoor.
The Greenwood Consort
is a group of musicians from the South Hams who are inspired by music from the baroque world who play recorder, flute, violin, cello and harpsichord. Their programme includes cantatas and songs depicting darkness, storms, raging rivers; some are comic and some even rude! and concertos which are lively and toe-tapping or slow and beautiful. A recorder concerto is certainly an innovation for Landulph Festival.
Mark Bennett
s a Musical Director, Choral Conductor and Voice Instructor with over 30 years experience building and directing church, university, and community choirs. Recipient of the Rotary Foundation Fellowship in Vocal and Choral Studies in 1981, Dr. Bennett studied at Hochschule der Künste, Berlin, where he sung under world-renowned choral directors and conductors including Herbert Von Karajan and the Berlin Philharmonic. Earning both his Bachelors and Masters in Music (1979) from California State University, and finally his Doctor of Musical Arts (DMA) from the University of Illinois at Urbana-Champaign in 1993, Dr. Bennett has been a choral director since 1985, and a voice coach and conductor since 1976.