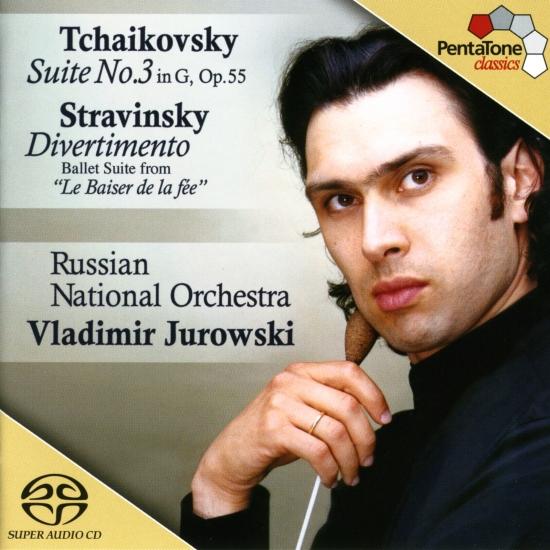 Info for Tchaikovsky: Suite No. 3 in G Major / Stravinsky: Divertimento

This enjoyable recording offers two works that are underappreciated by two composers who most certainly are not. Tchaikovsky produced his four orchestral suites during the nine years between the composition of the Fourth and Fifth symphonies. The reputation of these pieces is that they are slighter stuff—Tchaikovsky taking a respite from the rigors of creating formal symphonic structures—and that they’re somewhat experimental (the middle movement of No. 2 does feature accordions, after all), a kind of proving ground for the late, great symphonies. But, in fact, the suites are highly polished works that are immensely satisfying in their own right. No. 3 is the most ambitious, though No. 4 (“Mozartiana”) may be the best known and will probably get some additional attention during Mozart’s 250th birthday year.
Antal Dorati’s 1966 performances of all four suites (available on-the-cheap as a Philips Duo set, 454 253) have long been a benchmark for this music. Dorati’s reading of No. 3 has perfectly judged tempos, a quicksilver rhythmic alertness, and balletic momentum. The young but very accomplished Vladimir Jurowski—he’s been music director of the Glyndebourne Festival Opera since his late twenties and is currently principal guest conductor of both the London Philharmonic Orchestra and the Russian National Orchestra—takes a more understated but still quite idiomatic approach. Melodic lines are beautifully sculpted and there’s excellent pacing of the lengthy Theme and Variations finale. The RNO’s playing is impressive, with the winds deserving special note; Jurowski certainly has a more appealing sounding principal oboist at his disposal than Dorati. Concertmaster Sergey Galaktionov handles his solo in the last movement admirably.
The single act “ballet-allegory” Le baiser de la fée (“The Fairy’s Kiss”), composed in 1928, is one of the finest examples of Stravinsky’s neo-Classical style. The composer produced a suite from the ballet that he entitled Divertimento, subsequently revised in 1949. The work is a knowing distillation of many characteristics of Tchaikovsky’s music, based on a number of his songs and piano pieces. Stravinsky’s work glows with respect and fondness for the older composer. Jurowski’s way with the more lyrical material is beautiful, though some of the livelier passages might have been more strongly accented. Again, the RNO woodwinds delight, as with the flute and clarinet solos of the closing Pas de deux. Jurowski is actually a good foil for Fritz Reiner’s crisper, more businesslike performance with Chicago, available in superb “Golden Age” sound on an RCA Living Stereo CD (61957) that also holds the conductor’s classic version of Lieutenant Kijé and his important recording of Alan Hovhaness’s Mysterious Mountain.
“Tchaikovsky's Third Suite, with its final extended set of variations, can seem rather the square under some conductors but Jurowski, maybe influenced by conducting opera and ballet, brings out the surging lyricism. Stravinsky's Divertimento, its four movements taken from the ballet The Fairy's Kiss... is apt and illuminating. Jurowski steers a nice course between the romantic warmth of the Tchaikovsky sources from which Stravinsky took his material (songs and piano pieces) and his 1920s neo-classicism.” (GRAMOPHONE)
Russian National Orchestra
Vladimir Jurowski, Conductor 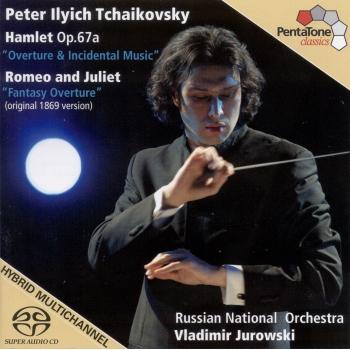 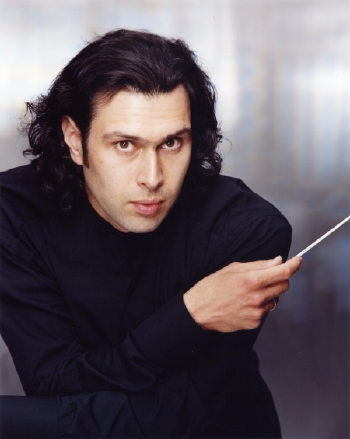 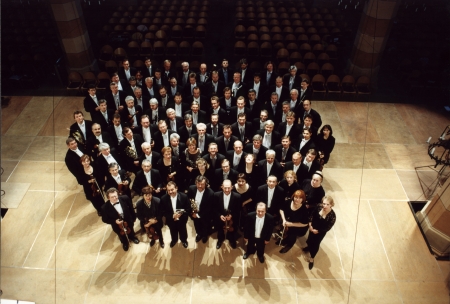 Vladimir Jurowski was born in Moscow, but in 1990 moved with his family to Germany, where he completed his musical studies at the High Schools of Music in Dresden and in Berlin. In 1995 he made a highly successful debut at the Wexford Festival conducting Rimsky-Korsakov’s May Night, which launched his international career. Since then he has been a guest at some of the world’s leading opera houses such as the Royal Opera House Covent Garden, Opéra Bastille de Paris, Welsh National Opera, Dresden Semperoper, Komische Oper Berlin and Metropolitan Opera, New York.
In January 2001 Vladimir Jurowski took up the position as Music Director of Glyndebourne Festival Opera and in May 2006 was also appointed Principal Conductor of the London Philharmonic Orchestra. He also holds the title “Principal Artist” of the Orchestra of the Age of Enlightenment, and from 2005 to 2009 served as Principal Guest Conductor of the Russian National Orchestra.
Vladimir Jurowski is a regular guest with many of the world's leading orchestras including the Berlin and Oslo Philharmonic orchestras, the Royal Concertgebouw, Bavarian Radio Symphony Orchestra Orchestra, Gewandhausorchester Leipzig, and the Dresden Staatskapelle, and in the US with the Los Angeles Philharmonic and Philadelphia Orchestra. Highlights of the 2010/11 season and beyond include his debuts with the Vienna Philharmonic, San Francisco Symphony and Mahler Chamber Orchestra, and return visits to the Chicago Symphony, Chamber Orchestra of Europe, Berlin Philharmonic, Royal Concertgebouw Orchestra, St Petersburg Philharmonic, Tonhalle Orchester Zurich, Accademia di Santa Cecilia, Dresden Staatskapelle and the Philadelphia Orchestra.
His operatic appearances have included Jenufa, The Queen of Spades andHansel und Gretel at the Metropolitan Opera, Parsifal and Wozzeck at the Welsh National Opera, War and Peace at the Opera National de Paris, Eugene Onegin at La Scala Milan, andIolantaat the Dresden Semperoper, as well as Die Zauberflöte, La Cenerentola, Otello, Macbeth, Falstaff, Tristan und Isolde, Don Giovanni, The Rakes’ Progress and Peter Eötvös’Love and Other Demons at Glyndebourne Opera. Future engagements include new productions of Die Meistersinger and The Cunning Little Vixen at Glyndebourne, Die Frau ohne Schattenat the Metropolitan Opera and Ruslan and Ludmilaat the Bolshoi Theatre.

Russian National Orchestra The Russian National Orchestra has been in demand throughout the music world ever since its 1990 Moscow premiere. Of the orchestra's 1996 debut at the BBC Proms in London, the Evening Standard wrote, "They played with such captivating beauty that the audience gave an involuntary sigh of pleasure." More recently, they were described as "a living symbol of the best in Russian art" (Miami Herald) and "as close to perfect as one could hope for" (Trinity Mirror).
The first Russian orchestra to perform at the Vatican and in Israel, the RNO maintains an active international tour schedule, appearing in Europe, Asia and the Americas. Guest artists performing with the RNO on tour include conductors Vladimir Jurowski, Nicola Luisotti, Antonio Pappano, Alan Gilbert, Carlo Ponti and Patrick Summers, and soloists Martha Argerich, Yefim Bronfman, Lang Lang, Pinchas Zukerman, Sir James Galway, Joshua Bell, Itzhak Perlman, Steven Isserlis, Dmitri Hvorostovsky, Simone Kermes and Renée Fleming, among many others. Popular with radio audiences worldwide, RNO concerts are regularly aired by National Public Radio in the United States and by the European Broadcasting Union.
The RNO is unique among the principal Russian ensembles as a private institution funded with the support of individuals, corporations and foundations in Russia and throughout the world. In recognition of both its artistry and path-breaking structure, the Russian Federation recently awarded the RNO the first ever grant to a non-government orchestra.