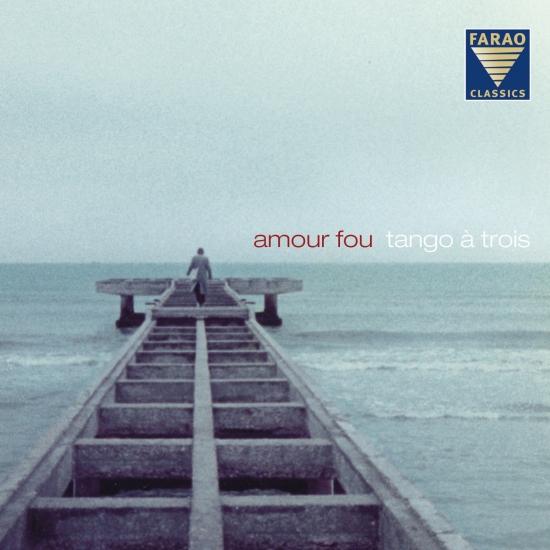 "Is the tango really so deeply mournful the way we like to think it is, or is it a kind of calculated pride which makes a lover out of feelings of melancholy, in order to break the heart of the listener? Is it absolutely necessary to understand the origins of the tango to be able to play it? It's just there, invented for us to become its slave and nothing else; it's there so that we can't imagine going on living without it. If you really want to learn anything about the tango, then you've got to play it, dance it, or listen to it, or compose it." Peter Ludwig
After their successful debut album Café Banlieue, the trio Tango à trois starts into the second round, full of passion and highly concentrated, with expressiveness and sensuality. The result is the album Amour fou.
Peter Ludwig is obsessed with tango. He is relentlessly searching for familiar and exotic sounds. After over three decades of tango passion, he is still full of creative ideas, keeps finding fresh forms of expression and always gives his works an illustrative character. His great enthusiasm for performing with his two partners is directly transmitted to the audience.
Arben Spahiu has tango in his veins. He plays like somebody who has grown up with tango.
Peter Wöpke knows how to shine with his cello’s versatility. The three artists inspire each other and present their music with great seriousness and even greater enthusiasm.
The latest album fascinates with features such as different rhythms, foreign influences apart from the tango, jazzy ballads, dreamy, nostalgic music, in reminiscence of the Viennese melancholy and Parisian world-weariness. There’s always a hint of South America. A kaleidoscope of sound telling stories about life, lust and blazing passion, about tears and laughter.
Arben Spahiu, violin
Peter Wöpke, cello
Peter Ludwig, piano 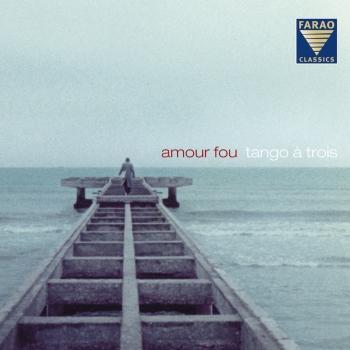 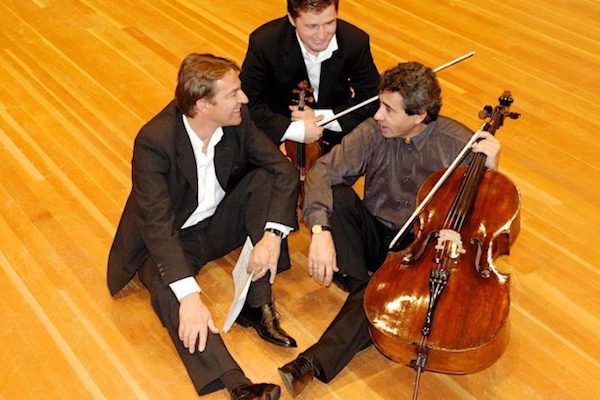 Peter Ludwig
For some time, the name of Peter Ludwig stands for outstanding interpretations and compositions in the field of Tango music. Four CDs released with ORIENTE Musik are the convincing proof. Moreover, he gained a name for his work as a composer and arranger of stage and screen music and last but not least he developed a number of chanson programs with artists like Krista Posch, Salomé Kammer und Hanna Schygulla.
Working with saxophonist Mulo Francel and bassist D.D.Lowka as the Trio Obscur he released two CDs. All it takes is a piano, a saxophone, and a double bass. What you get is amazing: from yearning fado improvisations and jazzed up minimal klezmer, through supple tangos, pining love ballads and melancholic waltzes in slow motion, to sensually cool bossa nova and 'round midnight jazz. One moment you are reminded of French black and white films, the next of Fellini's light-hearted circus clowns. Whether it takes you gently by surprise, or comes at you head-on, whether it's whizzing by or almost coming to a halt, it's always vibrant, emotional and taught. It's perfectly balanced and enlightened by an intimate kind of illumination ...
"Lisboa" is the title of the CD he recorded together with the cellist Sissy Schmidhuber, member of the Munich Philharmonic. Joined in their performance they are Tango Immortale. And, like dancers, piano and cello encircle each other in the music of "Lisboa". They draw closer and closer, move apart again, one taking the lead, seducing the other - tender, mournful, endearing, demanding. This is forceful and dynamic music, performed by two virtuoso musicians. Their interpretation of the music envelops the listeners in a world of sounds where they experience the melancholy of Lisboa and the plaintive beauty of the c-minor chord. This comes as no surprise: With the exception of the classic "El Choclo", all the pieces are composed by Peter Ludwig.
Ludwig's Solo CD "Dahin Geträumt" is probably his most private work and gives evidence of the relation between a great solo performer and his instrument - the grand piano. An artist giving us a lift on his dreamed-along journeys. There is no plan, not even an intention, and it won't bear repeating. Music in secret, for more than 24 nights dreamed along.