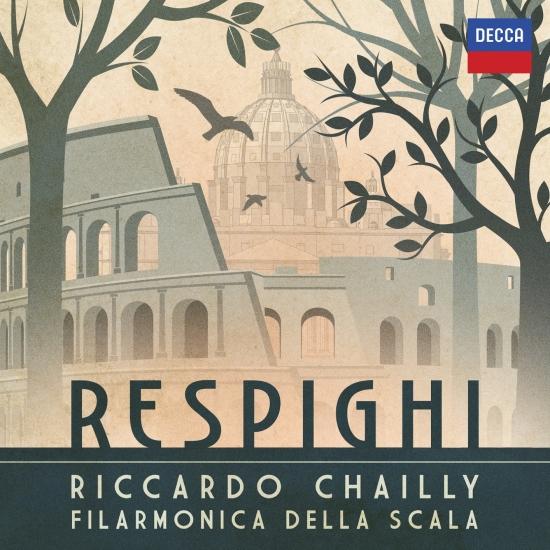 Riccardo Chailly and the Filarmonica della Scala continue their acclaimed series celebrating the great Italian composers with Respighi which will be released on 11 September 2020. The recording features a curated programme of early rarities and the evocative Pines and Fountains of Rome.
Riccardo Chailly and the Filarmonica della Scala’s new album Respighi aims to present the full complexity of the composer as well as the richness of his oeuvre by featuring two “triptychs” of his works: three rarities from his youth, and three mature compositions including two from his famous Roman trilogy. Thirty years of music are represented, spanning almost the entirety of Respighi’s output, from his student years to the outstanding examples from his maturity.
Features early rarities and Pines and Fountains of Rome: The early rarities featured in the first “triptych” are the Aria, the Leggenda and Di Sera composed, respectively, in 1901, 1902 and 1903. The three mature masterpieces featured are Fountains of Rome from 1915–16, Pines of Rome from 1924 and the third set of Ancient Airs and Dances from 1931. Here we meet the ‘Roman’ Respighi, who from 1913 was professor of composition (and later director) at the Conservatory of Santa Cecilia and an established composer, and there is a radical change in geography and mood as well as in Respighi’s position in the world.
Respighi was one of the leading Italian composers of the early 20th Century. Among his best-known works are his three Roman tone poems, Fountains of Rome, Pines of Rome and Roman Festivals which are among the finest examples of the symphonic poem, rich in cultural and emotional resonances, and demonstrate Respighi’s mastery of orchestration.
Respighi’s style consists of a complex collection of ingredients including his mastery of orchestral colour and his passion for, and reimagining of, ancient music that provided the inspiration for the Ancient Airs and Dances. He was also fascinated and inspired by Italy and its cultural history. Rome was Respighi’s spiritual home, where the first performances of Fountains and Pines took place, and where the Respighis resided.
“Hard to imagine it more thrillingly realised” – The Guardian Riccardo Chailly and the Filarmonica della Scala performed Respighi’s Pines and Fountains of Rome at the BBC Proms in 2017 and The Guardian noted, “Chailly’s interpretations juxtaposed sensuous details with spine-tingling excitement” and that it was, “Hard to imagine it more thrillingly realised.”
Filarmonica della Scala
Riccardo Chailly, conductor 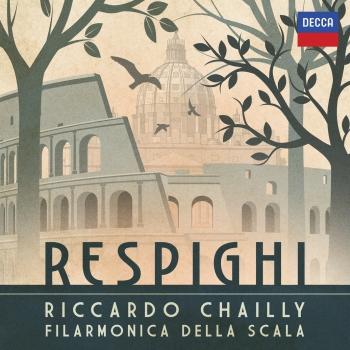 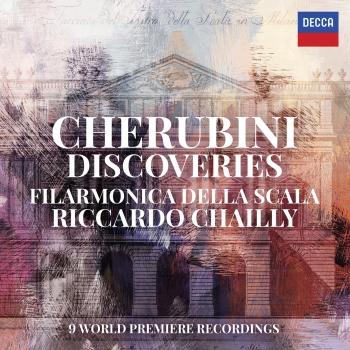