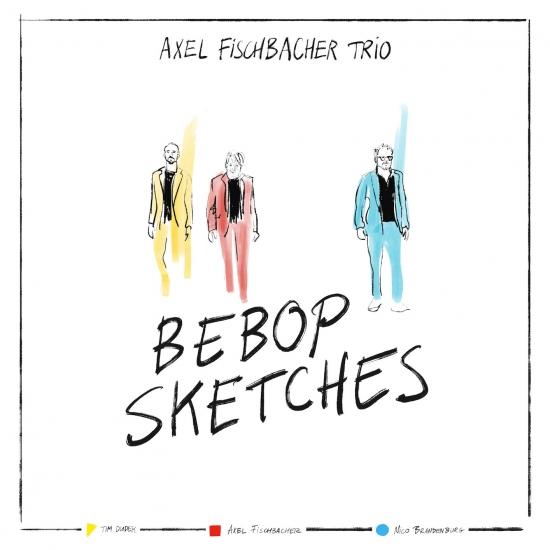 “Bebop Sketches” is a project that started off in February 2021, a few days before the release and concert premiere of the 2020 album "Five Birds and Strings" (Axel Fischbacher Quartet & Kammerphilharmonie Wuppertal). As Fischbacher felt the need to depressurize and calm down from the oder hurly-burly of the strings venture, he decided to go into retreat and took his trio to Tim Dudek´s studio for two days and “Bebop Sketches” was recorded.
The studio session started off as “jamming” plus simultaneous recording without worrying about purpose or concept. But it is exactly this lightness with focus on music, without the pressure of having to deliver anything, created something very special. The joy and liveliness of the two studio days is audible in every bar of the recording.
The resulting album includes improvisations based on often very well-known jazz standards, which can definitely be called "the standards of standards". Some of the fantastic/awesome compositions that for one thing also “non-jazz people” are familiar with, then again they certainly leave an imprint on every jazz musician´s life.
These standards are a repertoire that Fischbacher and his band have known for decades, hence making it possible not so much to "play the songs” but to "play with them". Very little arranging and reviewing was done.
The album elegantly maps their own sound and approach to standard jazz. There are pieces and passages that reflect very abstract and sketchy playing, others are close to the original and some are really "old fashioned". But it always sounds like the Axel Fischbacher Trio.
Starting off from the gut, played in great ease and with focused musicality, something marvelous has been achieved. Just like legendary Dizzy Gillespie said: "As a musician you have to keep one foot back in the past and have one foot forward into the future!".
Axel Fischbacher, guitar
Nico Brandenburg, double bass
Tim Dudek, drums
Please note: the artist decided not not sell individual tracks. The source are the original files to cut the LP. Hence you'll receive side A and side B of the LP version. 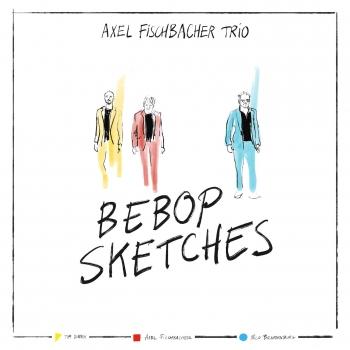 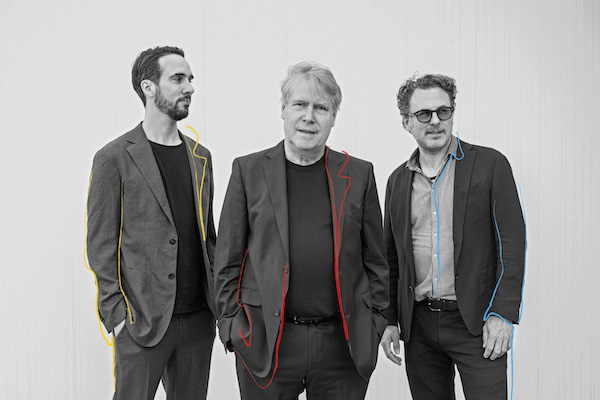