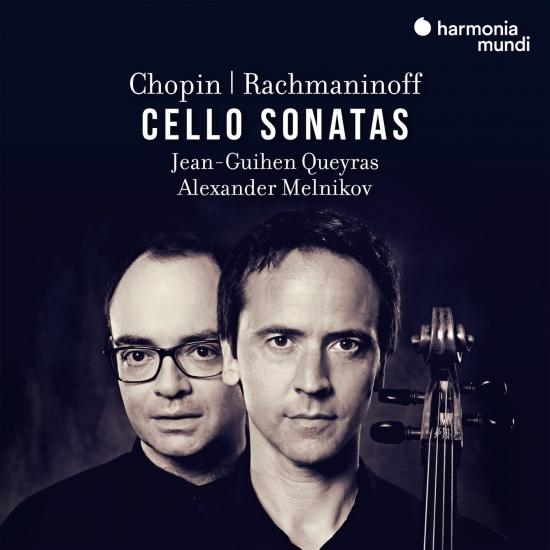 After Beethoven, Alexander Melnikov and Jean-Guihen Queyras now turn to two more giants of the repertory. Chopin's Cello Sonata, his last work published in his lifetime, seems almost like a testament, sombre and tormented - a world away from the radiance and surging lyricism of the youthful work by Rachmaninoff that it inspired. These two masterpieces by composers from the two chronological extremities of Romanticism, both pianists above all, are ideally placed in perspective here.
Jean-Guihen Queyras, cello
Alexander Melnikov, piano 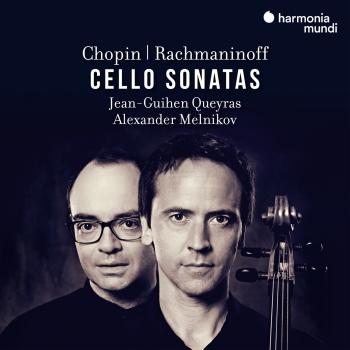 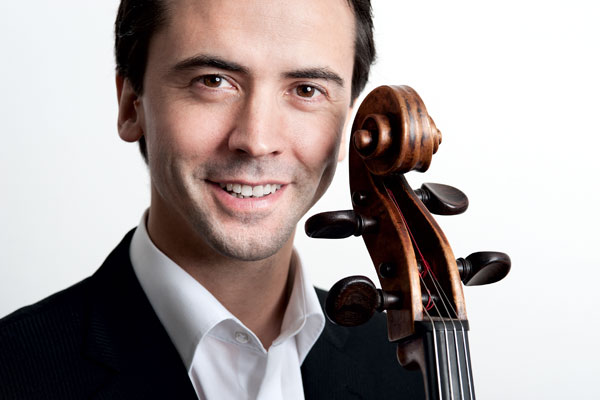 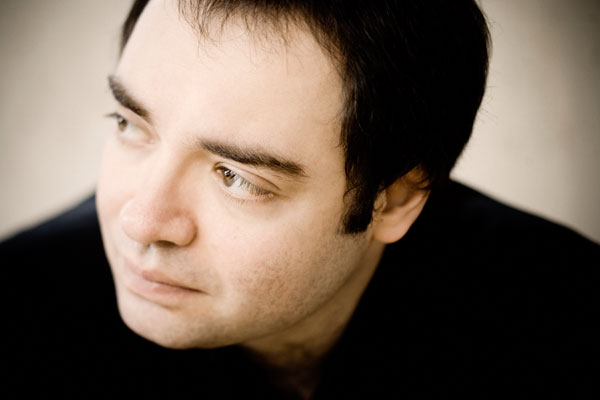 Jean-Guihen Queyras
»This man has reinvented the cello,« wrote Diapason magazine about Jean-Guihen Queyras, one of the world’s most diverse and extraordinary cellists. Queyras applies himself with equal enthusiasm to early and contemporary music. He gives concerts with ensembles specialising in historically informed performance such as the Freiburger Barockorchester, and also regularly premieres new works by composers such as Bruno Mantovani and Thomas Larcher.
Queyras is a regular on the world’s most prestigious concert stages. He is also popular with audiences in Hamburg: he has performed Bach’s Cello Suites in a choreography by Anne Teresa De Keersmaeker in the Elbphilharmonie Grand Hall, and has given a concert at the Laeiszhalle with Emmanuel Pahud and Eric Le Sage. Chamber music is dear to his heart: he is a founding member of the Arcanto Quartet and plays as a trio with Isabelle Faust and Alexander Melnikov.
His impressive discography includes recordings of cello concertos by Edward Elgar, Antonín Dvořák, Robert Schumann, Philippe Schoeller and Gilbert Amy. Queyras teaches at the Freiburg University of Music and is the Artistic Director of the Rencontres Musicales de Haute-Provence festival in Forcalquier in the south of France.
Alexander Melnikov
graduated from the Moscow Conservatory under Lev Naumov. His most formative musical moments in Moscow include an early encounter with Svjatoslav Richter, who thereafter regularly invited him to festivals in Russia and France. He was awarded important prizes at eminent competitions such as the International Robert Schumann Competition in Zwickau (1989) and the Concours Musical Reine Elisabeth in Brussels (1991).
Known for his often-unusual musical and programmatic decisions, Alexander Melnikov developed his career-long interest in historically informed performance practice early on. His major influences in this field include Andreas Staier and Alexei Lubimov. Melnikov performs regularly with distinguished period ensembles including the Freiburger Barockorchester, Musica Aeterna and Akademie für Alte Musik Berlin.
As a soloist, Alexander Melnikov has performed with orchestras including the Royal Concertgebouw Orchestra, Gewandhausorchester Leipzig, Philadelphia Orchestra, NDR Elbphilharmonie Orchester, HR-Sinfonieorchester, Munich Philharmonic, Rotterdam Philharmonic and BBC Philharmonic, under conductors such as Mikhail Pletnev, Teodor Currentzis, Charles Dutoit, Paavo Järvi and Valery Gergiev.
Together with Andreas Staier, Alexander Melnikov recorded a unique all-Schubert programme of four-hand pieces, which they have also performed in concert. An essential part of Melnikov’s work is intensive chamber music collaboration with partners including cellist Jean-Guihen Queyras.
Alexander Melnikov’s association with the label harmonia mundi arose through his regular recital partner, violinist Isabelle Faust, and in 2010 their complete recording of the Beethoven sonatas for violin and piano won a Gramophone Award. This album, which has become a landmark recording for these works, was also nominated for a Grammy. Their most recent releases feature Brahms and Mozart sonatas for violin and piano.
Melnikov’s recording of the Preludes and Fugues by Shostakovich was awarded the BBC Music Magazine Award, Choc de classica and the Jahrespreis der Deutschen Schallplattenkritik. In 2011, it was also named by the BBC Music Magazine as one of the “50 Greatest Recordings of All Time.” Additionally, his discography features works by Brahms, Rachmaninov, Shostakovich and Scriabin. Along with Isabelle Faust, Jean-Guihen Queyras, Pablo Heras-Casado and the Freiburger Barockorchester, Melnikov recorded a trilogy of albums featuring the Schumann Concertos and Trios (published in 2015-16) and Beethoven’s Triple Concerto (2021). Other releases include a complete recording of Prokofiev’s piano sonatas and “Four Pieces, Four Pianos”, released in 2018 and highly acclaimed by critics.
In the 2021/22 season Alexander Melnikov will tour his project “Many Pianos”, where he performs a solo recital on different instruments reflecting the periods in which the works were written. In addition to concerts with the Orquestra Sinfonica do Estado de Sao Paulo, Sydney Symphony Orchestra and Basel Sympony Orchestra he is Artist in Residence at the 2022 Schwetzinger Festspiele.
Further highlights include performances at Muziekgebow Amsterdam, Wigmore Hall London and Konzerthaus Berlin, a concert tour to Japan with Andreas Staier, as well as concerts Isabelle Faust and Jean-Guihen Queyras.