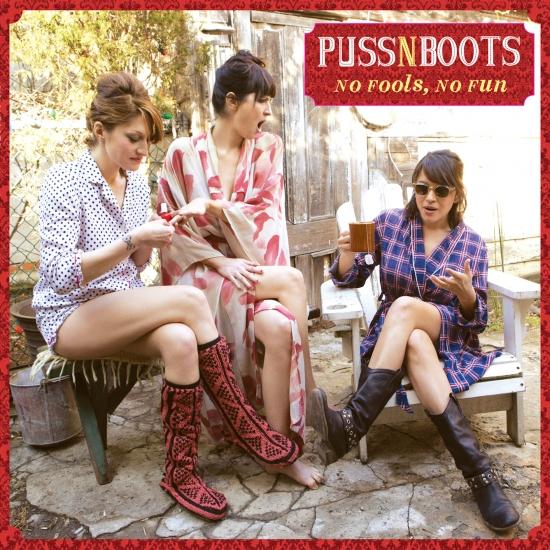 Info for No Fools, No Fun

After playing live together since 2008, Sasha Dobson, Norah Jones and Catherine Popper have at last taken their collaboration into the studio. No Fools, No Fun is their debut album on Blue Note Records.
Recorded at Studio G in Brooklyn with engineer/mixer Joel Hamilton, No Fools, No Fun includes five original songs – two each from Dobson and Popper and one from Jones – and seven spirited cover tunes, all culled from Puss n Boots’ live repertoire. The 12-song collection takes its name from the lyrics of “Bull Rider,” a Rodney Crowell song made famous by Johnny Cash. “Bull Rider” is one of three album tracks that Puss n Boots recorded live in June of 2013 at The Bell House. Over the years, they have also performed at the Bridge School Benefit, played stadiums with the Beastie Boys on the “Get Out The Vote” tour and joined Wilco onstage at Madison Square Garden, singing background vocals on “Jesus, Etc.,” a song that Puss n Boots interprets on No Fools, No Fun.
“We had talked about recording for a long time. A listen to the live recordings of one of the Bell House shows gave us a kick in the pants,” says Catherine Popper. “The record is a snapshot of what we do, warts and all.”
“‘Down By The River’ is one of my all time favorite Neil Young recordings and I've always had this fantasy of playing it and rocking the guitar solo,” recalls Norah Jones. “I never really thought I'd have the guts to do it, but that's sort of what this band has always been about, trying new things. We always egg each other on, whether it was Sasha playing drums, or Cat singing an original song for the first time on stage.”
“We have always thrived on our live performance. We rage onstage,” says Sasha Dobson. “It’s exciting to think the positive energy that’s created from this band could reach beyond a small club in Brooklyn.”
Sasha Dobson, vocals, acoustic guitar, bass, drums
Norah Jones, vocals, electric guitar, fiddle
Catherine Popper, vocals, bass, acoustic guitar