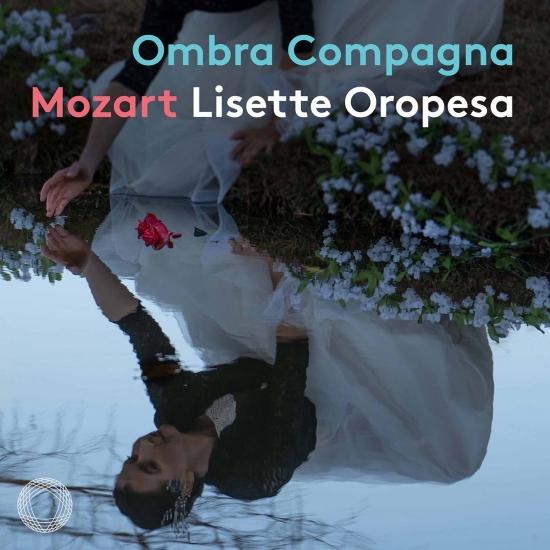 Mozart has always been my favorite composer. I think I started to feel this strong connection to his music when I studied his concertos as a young flautist. I had to learn the language of the virtuosic writing he is so famous for, and be able to color and create musical phrases without the use of text. Many of Mozart’s concert arias are written in a similar way as his instrumental music, requiring a huge skill set of virtues and demanding extremes of range, breath control, dynamics, and stamina. As a former instrumentalist, I approach this special repertoire the same way with my voice as I did with my flute. The difference now is, as a grown woman, I feel that I have a deeper connection to his musical language. Because the human voice is an organic instrument, it responds (sometimes involuntarily!) to even the subtlest of emotional triggers. And there is text, often a very emotionally driven one, sometimes descriptive of the most heartbreaking of situations, that points to the direction of the ideal execution of this music.
Even though Mozart’s music is, with my humble abilities, impossible to truly master, I still enjoy every moment I spend letting it live in me and bringing it to the world in all its complexity. The emotional center of the album for me is the aria "Ah, lo previdi" which is a journey within itself, and the most sublime music accompanies the journey between life and death, as the spirit of a loved one slips away. Though we may wish to follow them into the next life, we must stay behind. So to be an "Ombra compagna," to be with someone in spirit, when we say that, it is a comforting yet heartbreaking testament of love. (Lisette Oropesa)
Lisette Oropesa, soprano
Il Pomo d'Oro
Antonello Manacorda, conductor 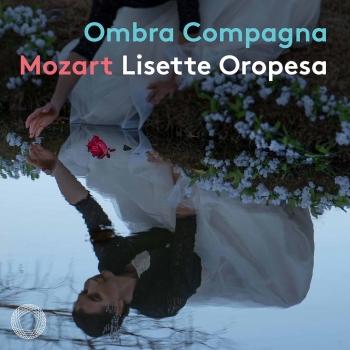 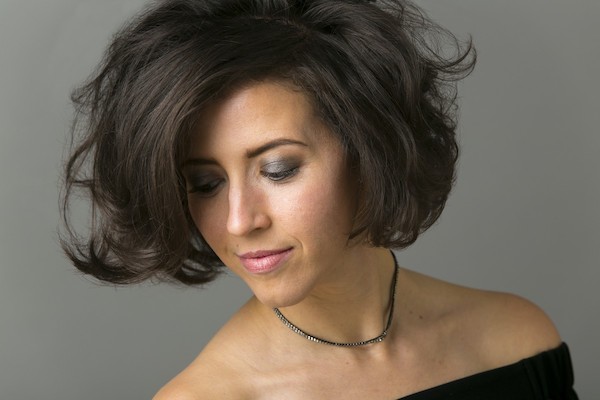 Lisette Oropesa
is one of the most in-demand lyric coloraturas today, who performs leading roles regularly at the most important opera houses around the world.
This includes the METROPOLITAN OPERA, TEATRO ALLA SCALA, WIENER STAATSOPER, BAYERISCHE STAATSOPER, OPÉRA NATIONAL DE PARIS, ROYAL OPERA HOUSE - COVENT GARDEN, and more.
She recently triumphed as MANON in Massenet's masterpiece at the Metropolitan Opera, and as LA TRAVIATA, she has appeared to great acclaim in numerous productions, including at the Met, TEATRO REAL DE MADRID, GRAN TEATRE DEL LICEU in Barcelona, and most recently a film version, directed by Mario Martone, and produced at the Teatro dell'opera di Roma. Her most performed roles are LUCIA DI LAMMERMOOR, VIOLETTA in La traviata, GILDA in Rigoletto, and KONSTANZE in Die Entführung aus dem Serail.
Known for her liquid legato and seamless voice, stylistic integrity, precise coloratura, and superlative acting, Lisette excels in the repertoire of the bel canto, Mozart, and French composers. Her upcoming seasons include more exciting role and house debuts, concerts, and welcome returns to many beloved theatres.
Lisette was born in New Orleans, Louisiana, to Cuban parents, and played the flute for 12 years before she began her studies in vocal performance at Louisiana State University. After winning the Met Opera National Council Auditions, she entered the Lindemann Young Artist Development Program and moved to New York City. She sang her first major role, Susanna in LE NOZZE DI FIGARO, at the Met at the age of 22, and has sung there in over 100 performances in many different roles since. She has appeared in concert halls and opera stages all over the world since graduating from the young artist program in 2008, and has become one of the most celebrated singers of her generation, both for her singing and her inspiring personal story. Lisette is a devoted runner who has completed 6 marathons and is an advocate for health and fitness.
In the 2020-21 season Lisette makes several important debuts, beginning as Konstanze at the Wiener Staatsoper in a new production of DIE ENTFÜHRUNG AUS DEM SERAIL. On December 7th, she opens the season at the Teatro alla Scala in A RIVEDER LE STELLE. Then she heads to Barcelona to sing one of her signature roles, Violetta Valery in LA TRAVIATA with the Grand Theatre del Liceu. She then debuts at the Opernhaus Zürich in a new production of LUCIA DI LAMMERMOOR. And she will return once again to the Arena di Verona for LA TRAVIATA.
Over the course of the season, she also sings concerts in Paris, Bilbao, Rome, and London. The season will also feature the release of her first solo orchestral album of Mozart concert arias.
In 2019, she was named the recipient of the Richard Tucker and Beverly Sills Awards.