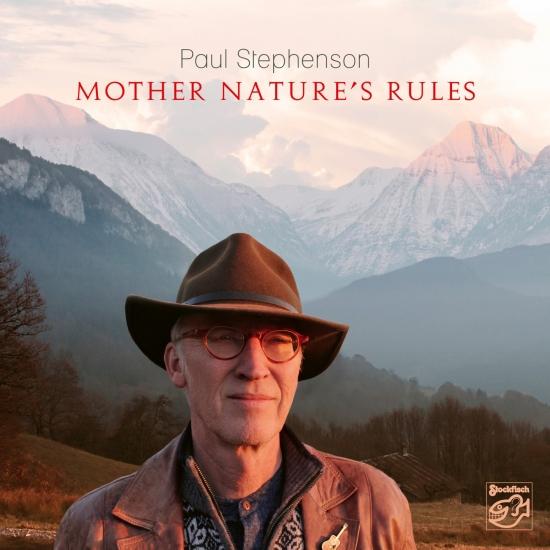 Written by Paul Stephenson and arranged by Paul Gunter, these songs bring to mind a time when Simon & Garfunkel songs received regular air-play on the radio. Lyrics remind us to appreciate the life we've been given be grateful for people in our lives.
"You might think that, having written the songs and made demos of the, rehearsed them and laid down the basic tracks, this album would be familiar territory for me. But, thanks to Gunter Pauler's arrangements, it's something of a magical mystery tour for me - and, I hope, for you too. Gunter always finds a new unexpected angle that I'd never have thought of.
"I'm feeling very lucky to be able to bring you this latest album in the company of such a troupe of fine musicians, produced with his usual finesse by Grammy nominee, Gunter Pauler. Thanks to them all, from the bottom of my heart." (Paul Stephenson)
"(Paul is) not only a very delicate and refined guitar stylist but also a genuine poet. (There is a) perfect harmony between the music and the lyrics." (Jean-Marie Pouchain)
"Intricate, finely crafted and sensitive to life's mutability, the songs are performed with understated passion and tenderness." (Keith Stimpson)
Paul Stephenson, vocals, guitar
Ian Melrose, guitars, mandola, flute
Lea Morris, backing vocals
Manfred Leuchter, accordion
Lutz Moller, keyboards
Oli Bott, marimba
Lucile Chaubard, cello
Antoine Putz, fretless & electric bass
Hans-Jorg Maucksch, fretless bass
Beo Brockhausen, flute, hang, keyboards, hulusi, udu, saxophone 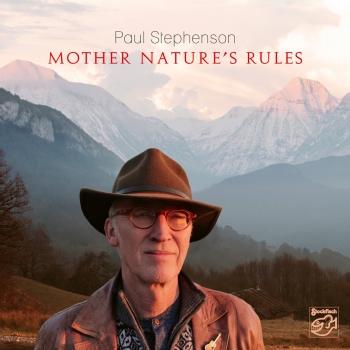 Paul Stephenson
"The story of my life: I grew up in the northeast of England and my first musical heroes were the Beatles. I'm still a fan of McCartney's songs and Lennon's granny glasses. My other big hero is James Taylor. JT runs like a golden thread through my friends in musical circles (including the acoustic guitar world's best-kept secret, Chris Jones) and my musical taste - he was first produced by McCartney, worked with lots of the other great American songwriters of the 1960s and 70s and has another big fan from the northeast of England called Sting (the nearest I have to a third musical hero). I learned to play the guitar listening to my heroes plus Simon & Garfunkel, Dylan and, from this side of the Atlantic, Ralph McTell and other folkies.
I set out for Amsterdam and Europe in 1979 to make a living of sorts from music. I played mostly in bars and youth centres, with the occasional festival or concert and appearances on radio and (once) television. I played in duos, trios and bands, and made recordings whenever I could in whatever circumstances I could afford and with whichever musicians I could round up for love of music, dressing my songs up in all kinds of usually ill-fitting clothes.
But mostly I played solo, and my most popular recording was completely solo, just a guitar and a voice (A bend in the road, released on CD in 1991). I changed my name to Tom Zola for that recording, after the two great nineteenth-century novelists Thomas Hardy and Emile Zola. TZ was paul stephenson after he'd got through the daily grind of the daytime job and getting the kids from school and had time to dream a little.
Well, it was a long dream ...
I moved to France a few years ago, and work as a translator. These days, I dream mostly in a corner of the bedroom where I keep my elementary and ageing recording equipment, which I used to finally dress up my songs in comfortable clothes. Gunter Pauler, at Stockfisch Records, got to hear them and I have the feeling that the album he's about to produce is the place I've been heading for all this time ..."