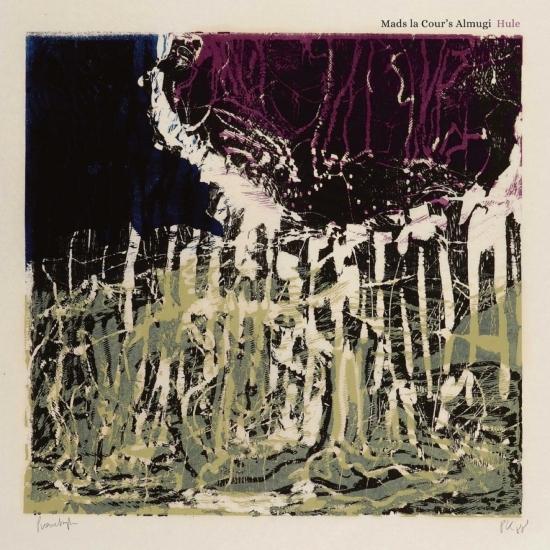 Fascinating melodies are spiritually bound together as Almugi skirts the well-traveled highways on its way to forging new paths. An emotive music from the European North amazes with its sophisticated originality, as it creates an earthy, natural musical atmosphere.
Played by a band with an uncanny feel for one another, the music on Mads la Cours’ fourth album, “Almugi” revels in a subtle intimacy. This Danish musician’s compositions point the direction towards a uniquely well-rounded music, balanced, truthful, and played with a deliberate intensity.
Despite the dangers and ever-increasing problems in the world, the goal is to find the beauty that surrounds us, to acknowledge and never lose sight of that beauty. The musicians all stem from the Danish island of Fünen; they are all in their late 30’s, and busy with various musical projects, yet since 2015 they have made this band their focal point. There is something grating and ruff-edged; the horns splinter the tones, compress and assimilate the sounds in such a way that an earthy, natural musical atmosphere is created and maintained. Nothing is smoothed over or pre-packaged.
Mads la Cour is searching for that which is good and true. He is concerned about the human indifference and the lack of altruism around us. It angers him when the wrong people gain control of the levers of power. His composition "Støjland Møgland" alludes to Inger Støjberg, the Danish Minister for Immigration, Integration, and Housing. “Terminus” refers to a jazz club in France that offers ideal working conditions. “Gammelton” is a hymn to his parents. The title piece, “Hule”, concerns itself with a cave used as refuge, a safe haven against stress and anxiety, a place in which one would want to sign up to stay. However, the art on this album is bound to earthy nature, face to face with the world’s wounds and wonders.
There is a transparent texture and elasticity to the music. Fascinating melodies are spiritually bound together. The album skirts the well-traveled highways as it forges new paths. “Almugi” is the ancient Scandinavian word that signifies “free men of the Kingdom who possess the quality of goodness” – a fitting word for the players and music on this album.
Mads la Cour, cornet, flugelhorn
Lars Greve, clarinet, bass clarinet, tenor saxophone
Kasper Tom Christiansen, drums
Mariusz Praśniewski, double bass
Recorded 1st & 2nd of May 2017 by Chris Weeda at Fattoria Musica Studios, Osnabrück, Germany
Mixed by Chris Weeda
Mastered by Peter Hellesøe
Produced by Mads la Cour 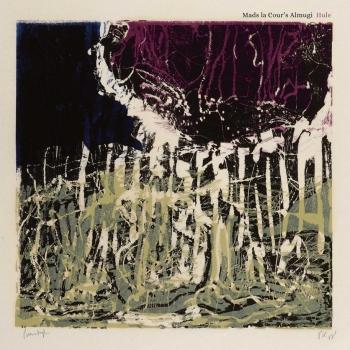 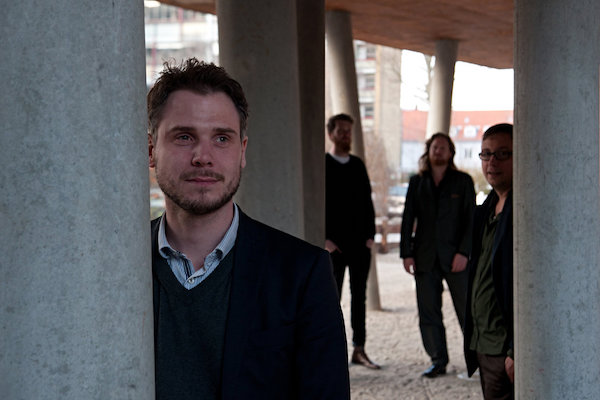 Mads la Cour’s Almugi
is an ancient Scandinavian word that means ‚free men of the Kingdom who possess the ability of goodness‘ and also the name for the new quartet of danish brass player and composer Mads la Cour.
Kasper Tom Christiansen (drum), Andreas Lang (double bass) and Lars Greve (clarinet) are joining Mads la Cour (cornet) in this quartet to play la Cour’s music with the intention of creating an honest, interactive and beautiful sound world.
Mads la Cour’s Almugi comes with a highly personal sound that explores a modern context of the Nordic region. The music is a reflection of la Cour’s unique compositional voice that features his highly personal playing style. This is organically developed contemporary jazz, with a wide variety of inspirations, from folk to avant-garde that nurtures a freely tonal language within collective improvisations.