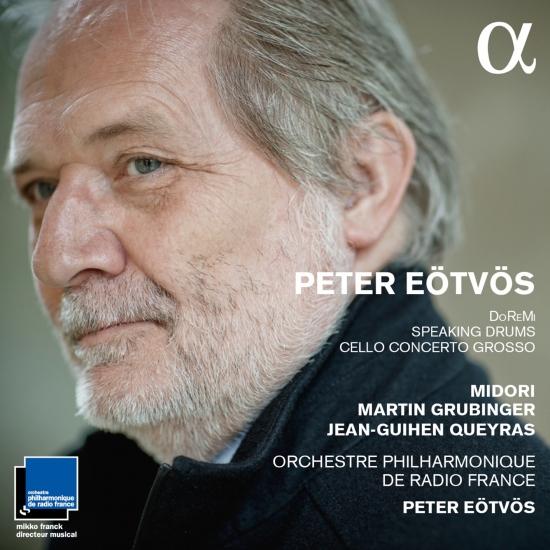 In November 2014, Radio France inaugurated its new auditorium with a programme giving carte blanche to one of the most eminent composers of our time, Peter Eötvös, who was then celebrating his seventieth birthday. On this occasion, three of his concertos were given their world premiere recordings under his direction with three soloists of the front rank. The violin concerto DoReMi, played here by its dedicatee Midori, is followed by Cello Concerto Grosso, a triangular dialogue between the solo cello, the cello section, and the full orchestra. The spectacular Speaking Drums concludes the programme on a highpoint: the orchestra (around forty musicians) prolongs the performance – theatrical as much as musical – of the percussionist, who declaims texts by the poets Sándor Weöres (in Hungarian) and Jayadeva (in Sanskrit) and moves from point to point on the platform, thus creating links with various instruments of the orchestra. The stunning Martin Grubinger lends his voice and his percussion playing to this piece, which ends in highly virtuosic polyrhythm.
Jean-Guihen Queyras, cello
Midori, violin
Martin Grubinger, voice, percussion
Orchestre Philharmonique de Radio France
Peter Eötvös, conductor 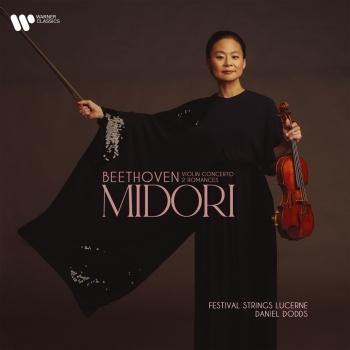 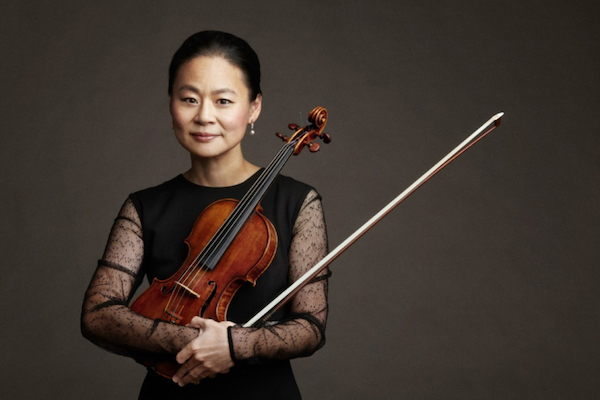 Midori
The violinist Midori is a visionary artist, activist, and educator whose unique career has been dedicated to exploring and building connections between music and the human experience.
As a leading concert violinist for over 35 years, Midori regularly transfixes audiences around the world, combining graceful precision and intimate expression. Among many significant associations, she has performed with the London, Chicago, and San Francisco Symphony Orchestras, the Sinfonieorchester des Bayerischen Rundfunks, the Berlin and Vienna Philharmonics, and the Mahler Chamber Orchestra. She has collaborated with such outstanding musicians as Claudio Abbado, Leonard Bernstein, Emanuel Ax, Zubin Mehta, Christoph Eschenbach, Mariss Jansons, Paavo Järvi, Omer Meir Wellber, Yo-Yo Ma, and Susanna Mälkki.
Midori’s diverse discography, released by Sony Classical, Ondine, and Onyx, includes recordings of Bloch, Janáček, and Shostakovich sonatas, and a Grammy Award-winning recording of Hindemith’s Violin Concerto with Christoph Eschenbach conducting the NDR Symphony Orchestra. Her traversal of the complete Bach Sonatas and Partitas for Solo Violin was filmed for DVD at Köthen Castle and was released by Accentus.
Midori is deeply committed to furthering humanitarian and educational goals. She has founded and manages several non-profit organizations, including Midori & Friends, which provides music programs for New York City youth and communities, and MUSIC SHARING, a Japan-based foundation that brings both western classical and Japanese music traditions into young lives by presenting programs in schools, institutions, and hospitals. In recognition of such commitments, she serves as a United Nations Messenger of Peace.
Midori was born in Osaka in 1971 and began her violin studies with her mother, Setsu Goto, at an early age. In 1982, the conductor Zubin Mehta invited the then 11-year-old Midori to perform with the New York Philharmonic in the orchestra’s annual New Year’s Eve concert, helping to lay the foundation for her resulting career.
Midori plays the 1734 Guarnerius del Gesù “ex-Huberman”. She uses four bows – two by Dominique Peccatte, one by François Peccatte, and one by Paul Siefried.