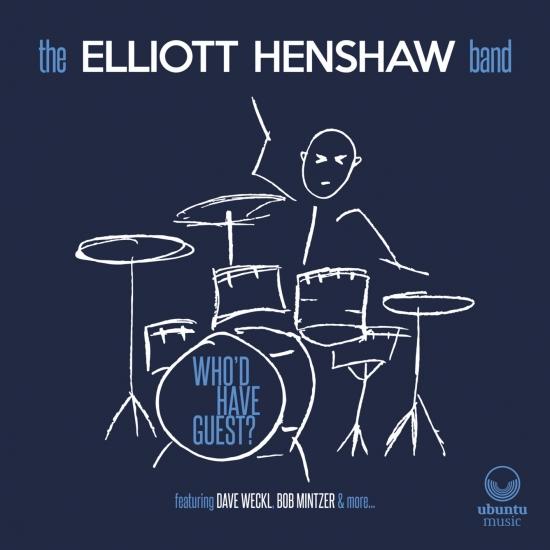 Info for Who'd Have Guest?

"Who’d Have Guest?" is the clever, intriguingly titled new album from respected UK drummer ELLIOTT HENSHAW. Henshaw has worked with all kinds of people across all kinds of genres – most interesting to us David Benoit, the Drifters, Gwen Dickie, Georgie Fame and Beverly Knight. His standing in the UK music community is such that he can call on plenty of “names” to help him craft his own albums and that explains the title of this one, his latest.
Elliott has been an in-demand drummer for many years now, working with artists and bands that include Shirley Bassey, John Lord and Roger Glover (Deep Purple), Paul Anka, Michael Ball, Tony Christie, Leo Sayer, David Benoit, Russell Watson, Tony Hadley, The BBC Big Band, The Drifters, Gwen Dickie, Georgie Fame, Bob Mintzer, Mike Stern, Eric Marienthal, Beverley Knight and Phil Collins. He has played in over 20 West End shows that include Lion King, Come from Away, Dear Evan Hansen and Bat Out Of Hell. Alongside his own band, Elliott co-runs the 18-piece band Spice Fusion with Simon Niblock, who together have released two albums to date--Trying Too Hard and Trying Hard 2.
“Being heavily influenced by the likes of Dave Grusin, The Yellowjackets, Al Jarreau and David Sanborn”, explains Elliott, “I wanted to release music that celebrates the importance of strong melody combined with solid groove. Every member of the band is encouraged to stretch out and be creative within these parameters. ‘Who’d Have Guest’ features original compositions that showcase horn sections, string sections and, as the album title suggests, some very special guests. It has been 10 years in the making due to everyone’s work schedules but for me it has been worth the wait. Producing an album that allowed me to make music not only with my friends, but my heroes as well has been a joy from start to finish.”
The core members of The Elliott Henshaw Band are some of the busiest musicians on the UK scene--Bass player Andrew McKinney (James Taylor Quartet/Jarvis Cocker), keys player Matt Steele (Brand New Heavies/Jersey Street), guitarist James Pusey (Beverley Knight/Paloma Faith) and saxophonist Simon Willescroft (Duran Duran/Joss Stone).
Elliott continues, “The idea behind this project was to take my existing 5-piece band and include different guest appearances on each track. The guests vary from a horn section featuring the likes of Tom Walsh, Simon Niblock and Chris Traves, vocalists such as Miranda Wilford and Noel Sullivan, or jazz heavyweights such as Gwilym Simcock, Bob Mintzer and Dave Weckl. I wanted to celebrate music and musicians that have inspired me over the years whilst at the same time document where I am creatively at this point in my life.”
Concerning his new relationship with Ubuntu Music, Elliott shares his thoughts: “I was first introduced to Martin Hummel by my good friends Matt Steele and Quentin Collins. After our first conversation I knew straight away that I wanted to work with him and his label, Ubuntu Music. Martin has an abundance of passion and commitment to music combined with a great respect for the musicians. He has been so helpful with his guidance and advice, all of which comes from a wealth of experience in the industry. I am very much looking forward to what I hope will be a long relationship with Martin and Ubuntu.”
Martin Hummel, Director of Ubuntu Music, adds his perspective: “I’d been aware of Elliott for some time and, through mutual acquaintances, we had the opportunity to meet. Elliott kindly shared his project with me and the rest is history. I was floored by the richness and the depth of the music, all of which is firmly anchored in seductive melodies. Having Gwilym Simcock, Bob Mintzer and Dave Weckl appear on the album, along with other such standouts, is the icing on a very delicious cake. It’s great to welcome Elliott to the Ubuntu Music Family.”
Elliott Henshaw Band:
Elliott Henshaw, drums, percussion
Andrew McKinney, bass
Matt Steele, keyboards
James Pusey, guitar
Simon Willescroft, saxophone
Guest Appearances:
Dave Weckl, drums (track 11)
Simon Goulding, bass (track 11)
Gwilym Simcock, piano (track 3)
Richard Beadle, piano (track 8)
Chris Traves, Hammond Organ (tracks 7, 6)
John Wheatcroft, guitar (track 1)
Mike Outram, guitar (track 6)
Tommy Emmerton, guitar (track 7)
Simon Lind, guitar (track 9)
Mark Cox, guitar (track 10)
Miranda Wilford, vocals (track 4)
Noel Sullivan, vocals (track 7)
Tom Walsh, trumpet (track 1, 3, 4, 5, 7)
Bryan Corbett, trumpet (track 2)
Chris Traves, trombone (tracks 1, 3, 4, 5, 7)
Bob Mintzer, saxophone (track 1)
Simon Niblock, saxophone (tracks 1, 3, 4, 5, 7)
Fiona Asbury, saxophone (track 5)
Sammy Mayne, saxophone (track 5)
Chris Aldridge, saxophone (tracks 1, 3, 5)
Chris Traves, percussion (tracks 1, 3, 4, 5, 7)
Pete Billington, strings (tracks 1, 3, 5, 10)
Mel Wickens, strings (tracks 1, 3, 5, 10)
Pete Whitfield, strings (track 8) 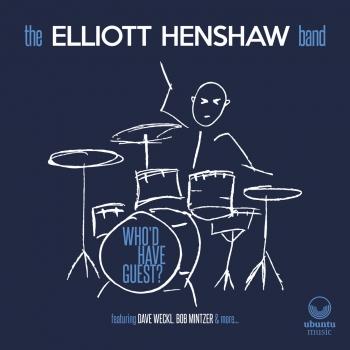 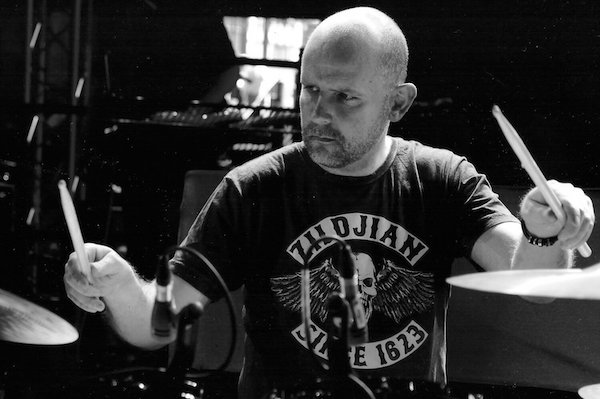 Elliott Henshaw
first played the drums at the age of 13 and within a week he was playing for his school big band and jazz band. He was self-taught until the age of 18 when he studied at Salford University with Manchester session drummer Steve Gilbert. ​
Whilst at Salford University Elliott began to get calls to play with local function bands and jazz groups. He also played for the Salford University big Band. It was whilst playing for the latter that he twice won the BBC Radio 2 Big Band Drummer of the year award. He consequently went on to play for the nationally renowned Andy Prior Orchestra and spent his final 2 years of university completing his degree in Band Musicianship whilst touring the UK. ​
After he left Salford University Elliott continued to tour and record with Andy Prior for a further 6 years appearing on numerous TV and radio shows. As his reputation grew Elliott began to amass a large variety of freelance work in and around Manchester. In 2001 he toured the UK with the hit show Anything Goes, this was followed by a tour with Wayne Sleep and Melanie Stace and eventually led to him deputising in London’s West End. ​
Now residing in London, Elliott is very in demand working with artists and bands that include; Shirley Bassey, John Lord and Roger Glover (Deep Purple), Michael Ball, Leo Sayer, Joe Longthorne, Jane McDonald, Tony Christie, Kirk Whalum, Andy Abraham, Keely Smith, Tony Hadley, Limahl, The BBC Big Band, Syd Laurence Orchestra, The Drifters, Gwen Dickie, Gabriella Cilmi, Georgie Fame, Mathew Herbert, Bob Mintzer, Mike Stern, Laurie Holloway and Michael Feinstein. His West End credits include; Lion King, The Rat Pack, The Bodyguard, Jersey Boys, The Producers and Priscilla Queen of The Desert. ​
He runs his own band that has regularly headlined at Ronnie Scotts club in London and released an album – Is That Not What You Wanted. ​
In 2012 Elliott had the idea to produce a 25th Anniversary Buddy Rich Memorial concert at the Palladium in London. With the help of promoter and friend Toby Cruse he was creative director of the event hosted by Buddy’s daughter Cathy Rich and he performed alongside many leading names in the international drumming community. ​
Away from performing Elliott delivers one to one tuition on the drums, lectures at Tech Music School in London and he is often asked to give drumming and rhythm section master classes at education establishments throughout the UK. ​
Elliott thrives on diversity as his CV suggests and always relishes new musical challenges.