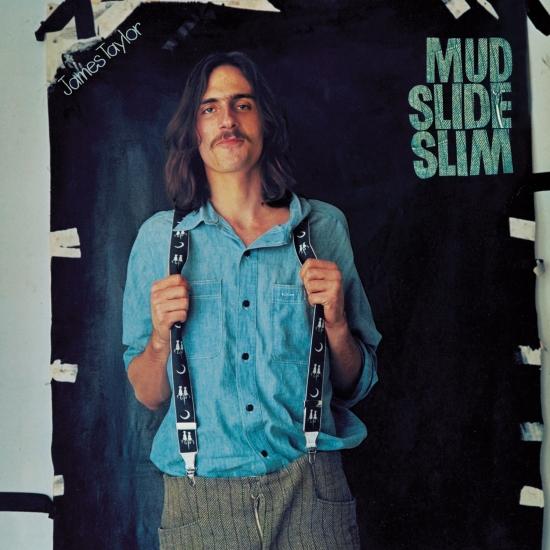 Info for Mud Slide Slim and the Blue Horizon (2019 Remaster)

New Remaster 2019: Mud Slide Slim and the Blue Horizon is James Taylor's third album. It contained his biggest hit,"You've Got a Friend," which became his only #1 on the Billboard charts. The album included another Top 40 hit, "Long Ago and Far Away" and concert favorites, in particularly "You Can Close Your Eyes". The album won two 1972 Grammy Awards including Best Pop Vocal Performance and Song Of The Year ("You've Got A Friend").
Mud Slide Slim shows a different aspect of Taylor's talents in that he has a wider selection of different types of songs, lovely, lilting, uplifting, pensive, hopeful vignettes that convey a peace and serenity rarely found so early in one's career. The music is mostly based around Taylor's acoustic guitar with help here and there from Carole King on piano, John Hartford on banjo, Richard Greene on fiddle, The Memphis Horns and Joni Mitchell and Kate Taylor on background vocals.
"...it is a natural progression past SWEET BABY JAMES. James Taylor's emotional power derives precisely from his restraint, the absence of any form of affectation or pretension..." Rolling Stone)
"Bringing all of his past experiences and failings to bear, the album was almost cathartic but retained the urge to roam and to escape his problems." (Record Collector)
James Taylor, guitar, piano, vocals
Doug Bartenfeld, guitar
Richard Greene, fiddle
John Hartford, banjo
Wayne Jackson, trumpet
Andrew Love, tenor saxophone
Kevin Kelly, piano, accordion
Carole King, piano, backing vocals
Leland Sklar, bass
Russ Kunkel, drums, percussion
Danny Kortchmar, guitar, conga
Peter Asher, tambourine, backing vocals
Joni Mitchell, backing vocals
Kate Taylor, backing vocals
Gail Haness, backing vocals
Recorded and mixed January 3 through February 28, 1971, at Crystal Recording Studios, Hollywood
Digitally remastered.