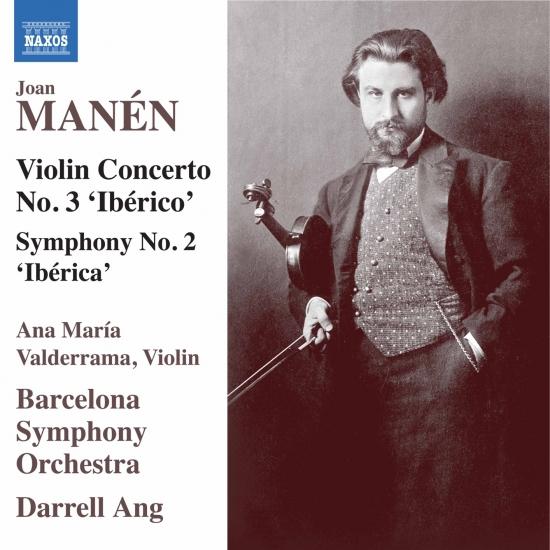 Info for Manén: Violin Concerto No. 3 "Ibérico" & Symphony No. 2 "Ibérica"

Joan Manén was an admired and prolific Catalan composer who wrote in all genres, from opera to transcriptions. He was also one of the leading violinists of his day and made the first recording of Beethoven’s Violin Concerto. Manén’s Violin Concerto No. 3 ‘Ibérico’ is a brilliantly written and unashamedly Romantic work that exudes Iberian vitality without recourse to Hispanic effects. Cast on a huge scale, the Symphony No. 2 ‘Ibérica’ calls for an exceptionally large orchestra, with music that is pastoral, Spanish-flavoured and, at times, solemn.
The composers who revived Spanish music in modern times usually had a nationalist agenda—one thinks especially of Isaac Albéniz (1860–1909), the Catalan Enrique Granados (1867–1916), Manuel de Falla (1876– 1946) and Joaquín Turina (1882–1949). All four had the piano as their main instrument, the first two being major virtuosi. One year younger than Turina, and destined to be much less well known, was the Catalan Joan Manén, who played the piano well but was a virtuoso violinist and, despite attaching the description ‘Ibérica’ to some compositions including the two recorded here, did not intend his music to have a narrow nationalist focus.
In his day, Joan Manén was almost as famous as his fellow Catalan Pablo Casals. He made the first recording of the Beethoven Concerto, gave more than 4,000 concerts or recitals and travelled round the world five times. He continued the tradition of the violinist-composer well into the 20th century, winning respect for his concertos, ballets, symphonies and operas. Born in Barcelona on 14 March 1883, he started learning theory, solfège and piano at three with his father, a keen amateur of music, after Manén senior discovered he had perfect pitch. Local fiddlers of varying competence gave him violin lessons from the age of five, but failed to instil in him a love for the instrument. He turned to the piano as an escape, playing through operatic scores and Bach preludes and fugues. ‘The piano was one daily hour of diversion and the violin was one unbearable hour a day,’ he later wrote. For his own amusement he learnt Chopin’s E minor Concerto but kept up the violin well enough to play both instruments at his debut in Castellón, when he was seven. Around this time he began lessons with Clemente Ibarguren, a Barcelona violinist who had studied in Paris with Delphin Alard, Sarasate’s teacher. Soon he was touring Spain as a pianistic prodigy but when he appeared at the Palace in Madrid before Queen María Cristina and the Infanta Doña Isabel de Borbón, he played violin pieces as well as Mendelssohn’s Variations sérieuses for piano. He toured Argentina as a piano and violin soloist and conducted his first symphonic concert in Buenos Aires aged ten. Back in Barcelona, he began to study the Beethoven and Mendelssohn concertos in earnest. He then toured Cuba and Mexico—in all, he made three major tours of South and Central America between the ages of 11 and 14. ...
Ana María Valderrama, violin
Barcelona Symphony Orchestra
National Orchestra of Catalonia
Darrell Ang, conductor 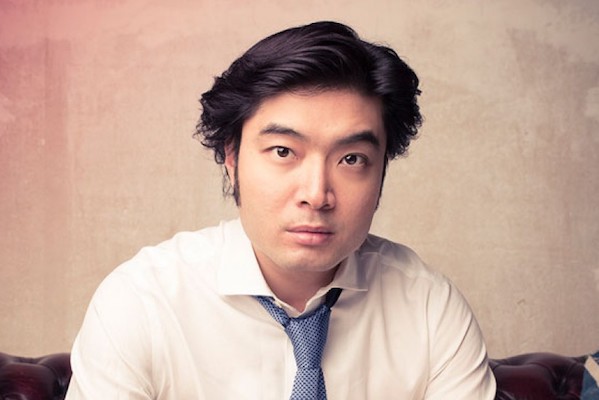 Booklet for Manén: Violin Concerto No. 3 "Ibérico" & Symphony No. 2 "Ibérica"