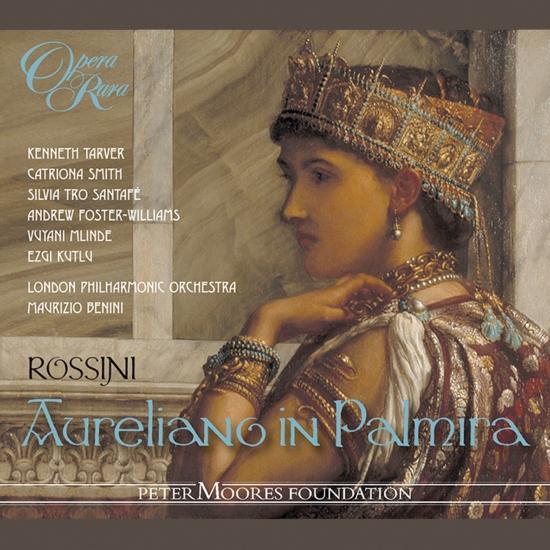 Info for Rossini: Aureliano in Palmira

One of Rossini’s rarest scores, the dramma serio Aureliano in Palmira was written during his miraculous 21st year (1813), when he produced four operas in all: the other three – the comedies Il signor Bruschino and L’italiana in Algeri, plus the tragedy Tancredi – indicate not only his amazing fertility of his inventive powers but also the staggering quality of his youthful writing.
Rossini fans will recognise the overture to Aureliano, which he recycled in three other scores, most notably Il barbiere di Siviglia!
The opera is set in 272 AD in the ancient city of Palmyra (in modern Syria), where the queen, Zenobia (Catriona Smith), and her lover the Persian general Arsace (Silvia Tro Santafé), are defeated in battle by the Roman Emperor Aureliano (Kenneth Tarver). Aureliano agrees to free Arsace if Zenobia will give herself to him, but she refuses. Eventually he is won over by the lovers’ devotion, and frees them when they pledge loyalty to Rome.
A great success in its day, Aureliano promises to thrill another generation of listeners in this new studio recording under Maurizio Benini.
The triple album set, studio recording, comes with a lavishly illustrated book including a complete libretto with an English translation by Jeremy Commons with article and synopsis by Richard Osborne.
"Benini leads a vivid performance." (IRR)
"Kenneth Tarver makes an accomplished Aurelian, a touch of steel in his tone emphasising his authority.The recording is well balanced(and) the music is very fine. (Gramophone)
"Opera Rara's performance is a fine one, conducted with stylish assurance by Maurizio Benini and sung by a good cast, able to to rise to the music's considerable technical challenges to achieve real expressive distinction." (BBC Music Magazine)
Kenneth Tarver, tenor (Aureliano)
Catriona Smith, soprano (Zenobia)
Silvia Tro Santafé, mezzo-soprano (Arsace)
Ezgi Kutlu, mezzo-soprano (Publia)
Andrew Foster-Williams, bass-baritone (High Priest of Isis)
Vuyani Mlinde, bass (Licinio)
Julian Alexander Smith, tenor (Oraspe)
London Philharmonic Orchestra
Maurizio Benini, conductor 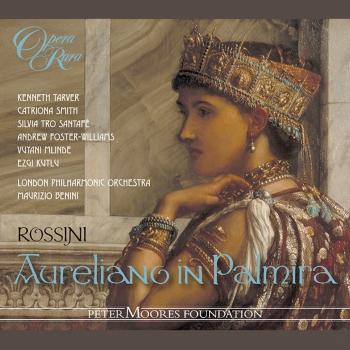 Booklet for Rossini: Aureliano in Palmira