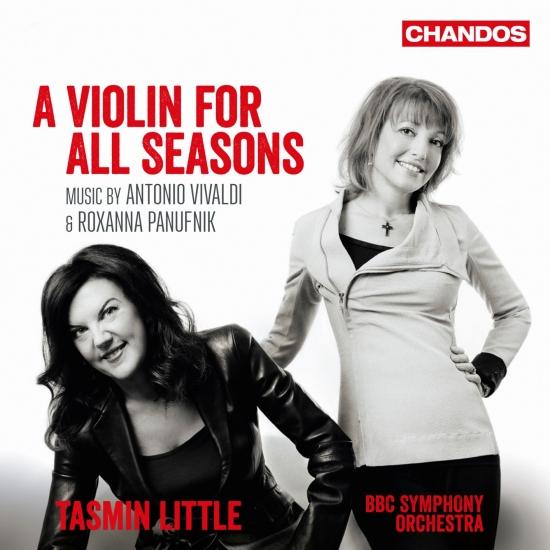 Info for A Violin for All Seasons

Encapsulating the voluptuous sound of the BBC SO’s strings, Tasmin Little is both the soloist and conductor in this unique coupling: Vivaldi’s ever-popular ‘Four Seasons’ meets Roxanna Panufnik’s Four World Seasons, the premiere recording of a set of highly inspirational pieces.
As a complete cycle, ‘The Four Seasons’ offers a set of vivid tableaux, imaginative, enticing, and wonderfully contrasted, with ample chance for the violin soloist to display technique, sensitivity, and colour.
These are qualities that the British composer Roxanna Panufnik also sought for her own Seasons tribute, Four World Seasons, written for the violinist. Three of the pieces are dedicated to her, while the fourth, ‘Autumn in Albania’, is dedicated to the memory of Panufnik’s father, the Polish composer Sir Andrzej Panufnik, who, his daughter says, was born, loved, and died in autumn.
“... Little simply responds to the music with an open-eyed freshness and fantasy that’s all the more remarkable when you consider how often she must have played these works. She is lively and conversational, and conveys a vivid sense of character to her colleagues... Little’s virtuosity comes spectacularly to the fore in Roxanna Panufnik’s Four World Seasons ... Panufnik has written a really effective response to Vivaldi, ideally tailored to Little’s artistry...” (Richard Bratby, Gramophone)
“... these are engaging performances, captured in warm but detailed sound. Added value comes in the shape of Roxanna Panufnik’s recent take on the seasons, commissioned by Little as a companion for the Vivaldi ... Little and the orchestra clearly enjoy the rich variety she provides.” (Martin Cotton, BBC Music)
"The addition of Roxanna Panufnik’s ‘World Seasons’ adds to the attraction of this modern-instrument recording of Vivaldi." (MusicWeb International)
Tasmin Little, violin & conductor
BBC Symphony Orchestra 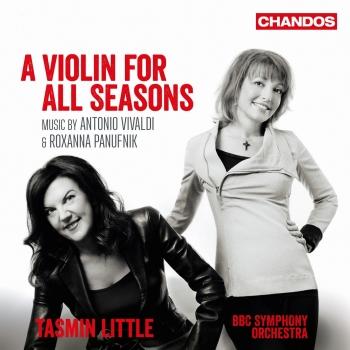 A Violin for All Seasons 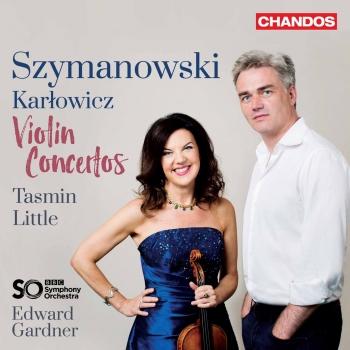 Booklet for A Violin for All Seasons