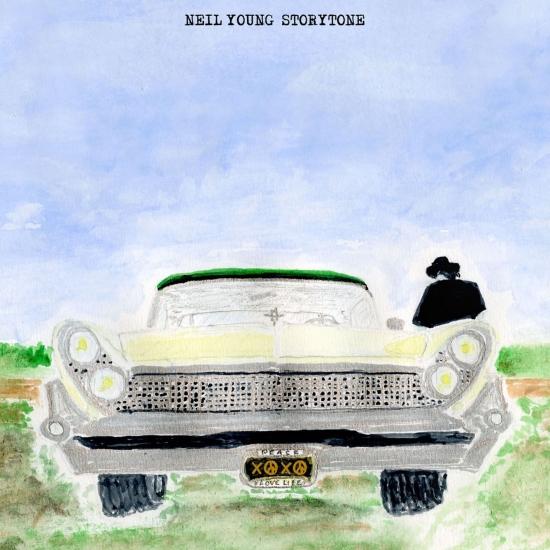 The Canadian singer-songwriter has recorded the album live in the studio with a 92-piece orchestra and choir. But if you prefer your Neil Young acoustic and gritty, then a deluxe edition offers a bonus disc including a solo version of Storytone. Listen to both versions of Who’s Gonna Stand Up? from the album below and you’ll see that the deluxe is surely essential.
"Ultimately "Storytone" is a mixed bag. It does contain a very good acoustic album although it is nowhere near past glories like "Harvest Moon" or "Comes a Time". Alternatively "Storytone's'' orchestra versions have that "listen once and put them away" quality. It appears a general rule that most great artists do their best work in the earlier part of their career although they punctuate this with late career defining masterpiece(s), Think Dylan's "Time out of Mind" or "Love & Theft", Leonard Cohen "Old Ideas" and more uniquely Bill Fay's "Life is People". Sadly Neil Young predictably unpredictable approach has yet to see any of his output over the past decade hit such high benchmarks. That said one of his better efforts was 2012's rocking 'Psychedelic Pill' which suggests in turn that its time for Young to replug the Gibson into a big amp, pick up the phone post haste and speak to Crazy Horse." (musomuso)
Digitally remastered