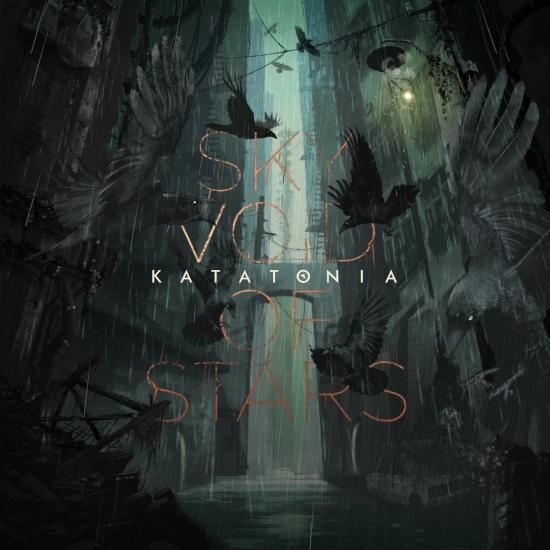 Info for Sky Void Of Stars

Acclaimed Swedish producer Dan Swanö used to protest over KATATONIA vocalist Jonas Renkse's love of dissonance. Where Renkse's longtime partner, guitarist Anders Nyström, preferred streamlined, conventional melodies, the frontman has long favored the opposite, whipping up circuitous, heady songs that made the listener work. In doing so, Renkse permanently unmoored KATATONIA's sound. The band's trajectory from (admitted) PARADISE LOST rip-offs to where they are today as dark progressive rock/metal practitioners is profound. And now that Renkse is KATATONIA's lone songwriter, the band can go in any number of directions. On their 12th studio album, "Sky Void of Stars", the Swedes do just that.
"Sky Void of Stars" represents a sharper turn toward guitar-driven territory as opposed to 2020's contemplative "City Burials". That much is clear on opener "Austerity", which begins with Renske stating, "I thought things would take off, but they cooled down…", before moving into a big, spacious chorus. The tension builds on "Colossal Shade" but takes a sudden turn on "Opaline". It's here where Renkse is able to turn weird into gold. The song starts with a poppy keyboard line and handclaps — sounds once unthinkable for KATATONIA — but saved when Renkse and company travel through familiar, textured pursuits until yet another undeniable chorus kicks in that is on par with "Onward Into Battle", a stalwart from 2009's "Night Is The New Day".
The howl of winding lead guitar melodies carries "Birds", providing the warm embrace of the band's unforgettable yesteryear. Subtle angles and textures color "Drab Moon" and "Sclera", both patented KATATONIA exercises in restraint built upon careful guitars and dynamic drumming. SOEN's Joel Ekelöf lends some guest vocals on "Impermanence", but it's up for debate why the similarly throated Ekelöf" is splitting duties with Renkse". Nevertheless, KATATONIA"'s edge remains on "Author", where pointed riffing and groove drive Renkse"'s familiar vocal refrains.
"Atrium", the album's lead single, properly summarizes KATATONIA circa 2023: A dash of the band's patented one-note guitar melody layering (circa "Brave Murder Day") hits quickly from the 1:23 to 1:27 mark. The guitar line is over before anyone knows it, yet sticks out like a sore thumb, signifying that KATATONIA hasn't forgotten where they came from. "Sky Void of Stars" is the embodiment of a band that no matter the change in presentation, is still the darkest and most varied in metal.
Jonas Renkse, vocals
Anders Nyström, guitar
Roger Öjersson, guitar
Niklas Sandin, bass
Daniel Moilanen, drums
Produced, mixed and mastered by Jacob Hansen 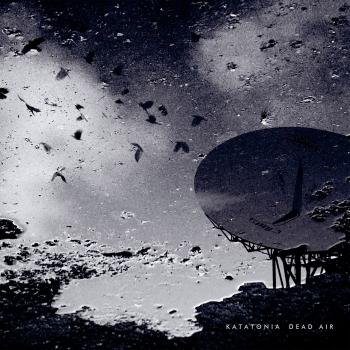 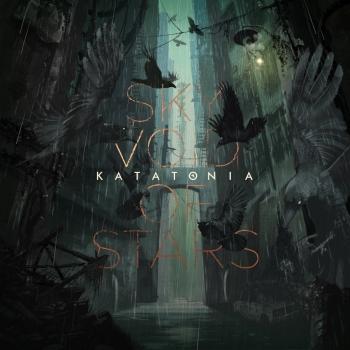 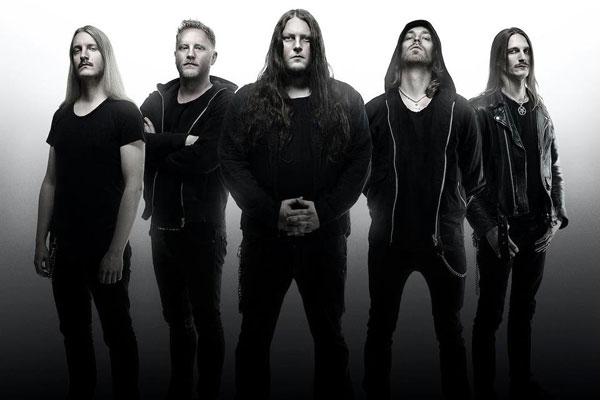 Katatonia
The passing of time brings longer shadows and darker thoughts to the human mind. Melancholy’s cry is never far from our ears, even in the happiest of times. But while there is no true answer to the meaning of our brief lives, music will always be a reliable and trustworthy companion through fear and uncertainty. Perhaps more than any other contemporary band, Katatonia have long displayed a masterful propensity for expressing the tears and torments of mortality, offering sumptuous glimmers of sonic hope to soothe our troubled souls. In 2016, Stockholm’s widely celebrated soldiers of sorrow will once again stir the blood and embolden our hearts with a brand new album that promises to further cement their already unassailable reputation.
The band’s story began in earnest 25 years ago when Jonas Renkse and Anders Nyström first joined forces to explore the limitless possibilities of the then burgeoning doom and death metal scenes. Bands like Paradise Lost and My Dying Bride were standard bearers for British melancholy, but Peaceville label mates Katatonia swiftly established themselves as Sweden’s idiosyncratic equivalent, releasing their debut album Dance Of December Souls at the end of 1993 and receiving immediate acclaim within the metal underground. With a sound that was both familiar and startlingly fresh, Katatonia’s early works exhibited plenty of the elegance and subtlety that would later typify the band’s work: 1996’s Brave Murder Day (featuring harsh vocals by Opeth’s Mikael Akerfeldt) proved a major milestone, eliciting rave reviews and taking its creators away from the doom mainstream and into unique, uncharted territory. 1998’s Discouraged Ones reaffirmed the Swedes’ blossoming mastery of dark metallic wonder; their steadily increasing fascination with the vivid hues of progressive rock and other non-metal elements enabling their sound to evolve exponentially with each successive creative splurge. The impact of Tonight’s Decision (1999) and Last Fair Deal Gone Down (2001) was equally undeniable. These were records that brimmed with ingenuity, melodic intuition and moments of emotionally devastating dynamism: the sound of Katatonia’s metal roots being allowed to assimilate a richer, more diverse array of influences and textures. …