Once Around the Room: A Tribute to Paul Motian Jakob Bro & Joe Lovano 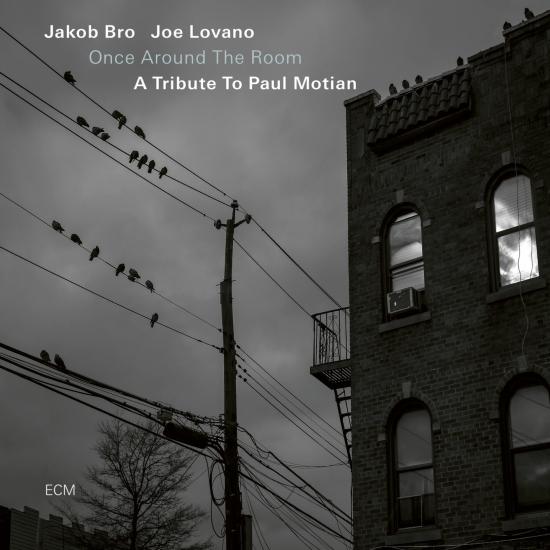 Info for Once Around the Room: A Tribute to Paul Motian 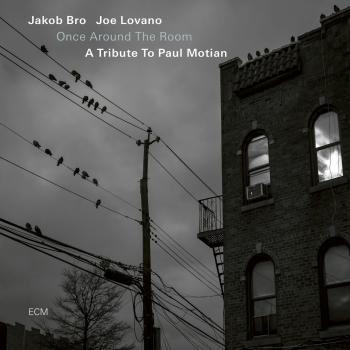 Once Around the Room: A Tribute to Paul Motian 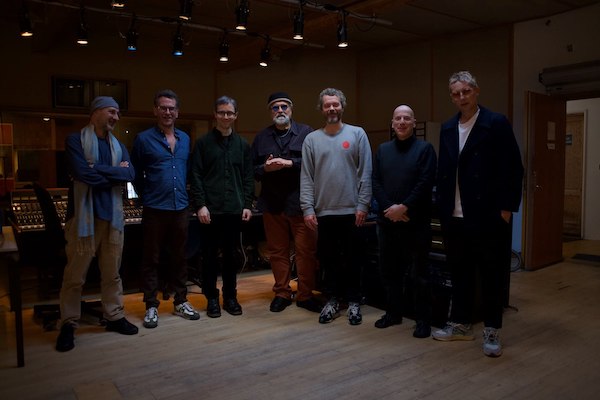 Jakob Bro
was born in Denmark in 1978. His father had a big band in which Bro began playing tambourine before he could even walk. Later, he switched from trumpet to guitar after discovering the music of Jimi Hendrix. He went on to study at Denmark’s Royal Academy of Music, Boston’s Berklee School and the New School in New York.
Bro is a former member of Paul Motian’s Electric Bebop Band and continues to play with the Tomasz Stanko Quintet alongside his projects as band leader. His own albums to date have featured an exceptional roster of musicians, including Lee Konitz, Bill Frisell, Paul Motian, Kenny Wheeler, Paul Bley, Chris Cheek, Thomas Morgan, Ben Street, Mark Turner, Craig Taborn, Kurt Rosenwinkel, Andrew D’Angelo, Chris Speed, George Garzone, Oscar Noriega, David Virelles and others.
Bro made his first ECM appearance as a member of drummer Paul Motian's twin-sax/triple-guitar band on the late drummer's Garden of Eden (2006). Three years later he returned, this time as a member of Tomasz Stanko's trans-European quintet on Dark Eyes. Finally, in 2015, the label released Gefion, Bro’s warmly received debut as leader of a trio featuring Californian bassist Thomas Morgan and the legendary Jon Christensen on drums. Mike Gates of UK Vibe praised the trio’s “landscapes of sound that are achingly beautiful, sparse, yet full bodied at the same time”. Of his trio work, Bro himself has said: “The trio has been the constellation that has allowed me to focus on my solo voice. It's an expression where I feel nothing is missing.”
A second ECM trio album, with Thomas Morgan and Joey Baron was recorded in November 2015.
“Much of my music is constructed around melodies. My compositions are almost like a song. But within the frame I set up with a melody, a lot of things can happen. New layers of music are constantly added to the vocabulary, and when you play, you unconsciously get to a new place.”
Joe Lovano
is a Grammy-winning saxophonist, composer, and arranger. Down Beat magazine has twice named him Jazz Artist of the Year, and he scored a prestigious trifecta in 1998: nominations for Musician of the Year, Improviser of the Year, and Best Tenor Saxophonist in the New York Jazz Awards. He also topped both the Down Beat readers and critics polls as Tenor Player of the Year in 2000. Lovano attended Berklee in the early 1970s and received an honorary doctor of music degree from the college in 1998. In the fall of 2001 he began a prestigious teaching residency in the Berklee Ensemble Department, known as the Gary Burton Chair in Jazz Performance. Since joining the Berklee faculty, the Blue Note artist has several albums as a leader and appeared on dozens of other recordings. He is also a faculty member in the Berklee Global Jazz Institute. Lovano has collaborated with many legendary musicians, including McCoy Tyner, Hank Jones, Joshua Redman, Bill Frisell, Branford Marsalis, Jim Hall, and Paul Motian.

Booklet for Once Around the Room: A Tribute to Paul Motian