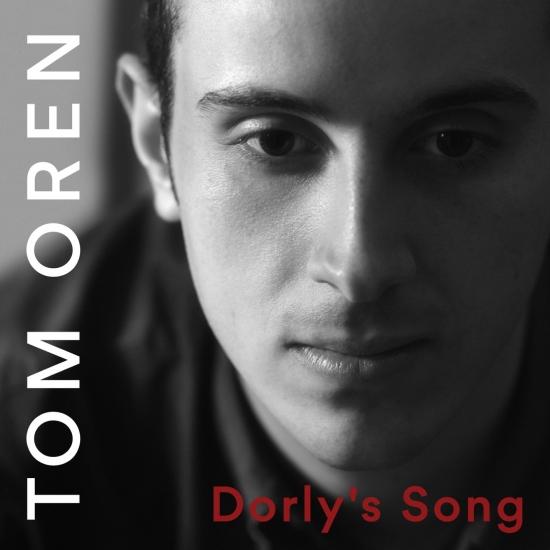 Dorly’s Song, the debut album by Israeli-born pianist Tom Oren, winner of the 2018 Thelonious Monk Institute of Jazz International Piano Competition (renamed for the Herbie Hancock Institute of Jazz in 2019). The album is an intimately personal project for Oren, offering his interpretations of songs composed by his mother, Dorly Oren Chazon, a highly regarded pianist and composer in Oren’s native Israel.
Dorly’s Song consists of ten pieces, almost all of which were written before Oren was born. They represent some of the most formative influences of his life, as indelible in their own way as a nursery rhyme or a first musical passion. Oren’s renditions reframe these songs as jazz standards, boasting vibrant melodies ripe for improvisational flights,together with his fine collaborators: drummer and old friend Eviatar Slivnik along with bassist Barak Mori and special guest saxophonist Eli Degibri, both heroes of the younger musicians who have become key figures in the fertile Israeli-American jazz scene.
“My mother introduced me to the world of music,” Oren says. “It was really important to me to share her songs with the world. They are eclectic, beautiful and original, and define a major part of my identity as an artist.”
The album also serves to introduce Oren to the wider world, after his illustrious win in the Monk Competition. His talents were recognized by such luminaries as Herbie Hancock, Jason Moran, Monty Alexander and Danilo Pérez, all of whom served as judges for the 2018 edition. Oren is a recent transplant to New York City following his graduation from Berklee College of Music, where he studied with such influential professors as Joanne Brackeen, Ralph Peterson, Alain Mallet, Dave Santoro and Doug Johnson.
“I felt so grateful,” Oren says of the victory. “Meeting all of those amazing pianists seemed more like a conference than a competition. My mind was blown by every one of them; we all shared the same love and maybe a certain craziness. We were playing in front of jazz royalty, and this kind of recognition comes with a tremendous feeling of responsibility.”
For Oren, the responsibility of paying back that vote of confidence as well as its tacit admission into the American jazz community is paired with the responsibility he feels for his mother’s influence. Dorly Oren Chazon has composed scores and songs for a number of celebrated cinematic and theatrical productions in Israel, including such leading lights as filmmaker Avi Nesher and playwright Nisim Aloni. After the births of Tom and his brother she transitioned into music education, where she has invented and patented a number of learning devices.
It was with her encouragement that Oren began studying classical piano at the age of six. At the same time, his mother’s wide-ranging tastes instilled him with a love of multiple styles and genres; the first jazz album he remembers hearing was the Oscar Peterson Trio’s 1963 classic Night Train, which remains a profound source of inspiration for the versatile pianist. Oren shifted his focus more fully to jazz at age 11, when he began studying with the late pianist and educator Amit Golan.
Oren attended the Thelma Yellin High School of the Arts, whose alumni constitute a virtual who’s who of the heralded Israeli jazz scene: Eli Degibri, the Cohen siblings (Anat, Avishai and Yuval), Gilad Hekselman, Alon Yavnai, Omer Avital and others all preceded Oren at the school. He went on to study at the Rimon School of Music and the Israeli Conservatory of Music, before moving to the States to continue his education at Berklee.
“Berklee allowed and encouraged an incredible openness,” Oren says. “Whether it was jazz, classical, folk; they gave every musical idea the proper respect.”
Oren says he approached his mother’s songs in much the same way that he’d arrange any other piece of music, viewing them through his own personal lens while honoring the original intention, even heeding the lyrics on the tunes that originally had them. “Since she wrote so much for theater and cinema, everything exists to serve a particular story. It also allows for a lot of different influences to flourish in a legitimate way. So I just tried to tell the story and shed light on these beautiful melodies.”
The strength of those melodies is evident from the outset on Dorly’s Song. Degibri’s tenor flits like the titular “Night Butterfly” on the opening piece, while the trio exudes a sense of inquisitive mystery on “Under a Carob Tree,” highlighted by Slivnik’s shimmering cymbals. Oren’s subtle touch and his sensitive interaction with his triomates come to the fore on “Melody,” before Degibri reenters for the sly, swaggering “Mrs. Barbarelli” and the forlorn “Adolia.”
“Zoo” opens with the trio dancing elegantly, shifting midway into a spirited swing. Degibri’s breathy tone gives a smoky, after-hours vibe to the Monk-like rendition of “Don’t Let Me Wait for You,” which shines a spotlight on Mori’s eloquent bass and Slivnik’s whispering brushwork. The trio whirls transportively on “That Night I Heard” and captures the lush, crystalline beauty of “So Angela.” A gospel spirit pervades “Give Me Peace,” the valedictory closing cut.
Perhaps it’s in the blood, but Oren seems to have inherited the same gift for melody, which shines throughout his playing on Dorly’s Song. You don’t win a contest like the Monk Competition without virtuoso technique, and Oren possesses that at an exceedingly high level; but more importantly, his delicate touch and sweeping dynamics bring a sense of stunning drama and evocative emotion to his interpretation of each piece.
And of course, if Oren ever had any doubt or questions about his take on a particular piece, he could always count on a mother’s advice. “Schumann once said that you should always play like the composer is listening,” Oren laughs. “I always knew that the composer was listening throughout this process, and it was great to have my mom by my side.”
Tom Oren, 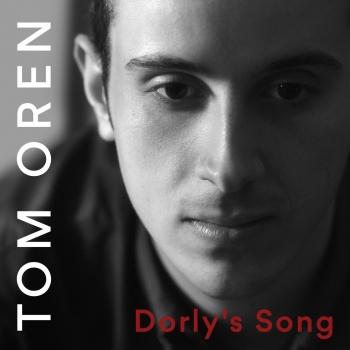 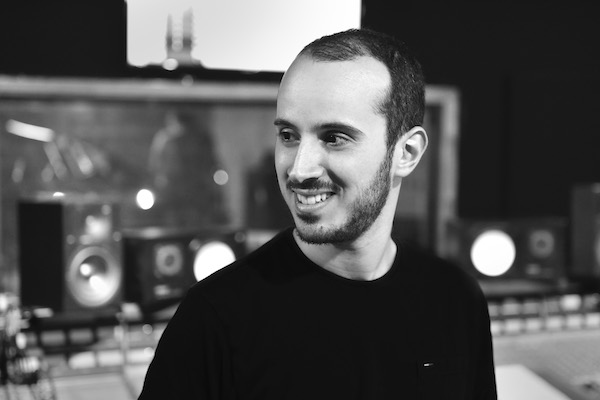 Tom Oren
is the celebrated winner of the 2018 Thelonious Monk Institute of Jazz International Piano Competition (currently the Herbie Hancock Institute). He was judged by a jury of piano giants: Herbie Hancock, Monty Alexander, Joanne Brackeen, Cyrus Chestnut, Jason Moran, Danilo Perez and Rene Rosnes.
Oren was born in Tel Aviv, Israel and began his music training at age six. An honors graduate of the Israeli Conservatory of Music Classical Department, as well as the Thelma Yellin High School of the Arts Jazz Department; he studied at the renowned Rimon Jazz Institute and attended Berklee College of Music on a full scholarship. In December of 2019, he graduated from Berklee with honors.
Oren's achievements include winning first prize in Rimon’s annual Jazz Musician Contest and numerous America-Israel Cultural Foundation Excellency Scholarships. As a pianist, an arranger and a composer, he has performed and recorded with a host of leading Israeli jazz musicians, most recently as a core member of the Eli Degibri Quartet.
Oren has appeared on world-class stages including the JazzAhead! Festival in Bremen, the Jazz à Juan Festival in Antibes, Jarasum Jazz Festival in Korea, the International Jazz Day celebration in Saint Petersburg, Russia, the Newport Jazz Festival and the Red Sea Jazz Festival, just to name a few.
In addition, Tom has just finished composing, arranging and recording his original music for the upcoming feature film "Victory's Pose", by internationally acclaimed filmmaker Avi Nesher.
Tom will release his debut album, Dorly’s Song, on Concord Records under the Concord Jazz imprint, due out October 30, 2020 on all digital platforms. The album is an intimately personal project for Oren, offering his interpretations of songs composed by his mother, Dorly Oren Chazon, a highly regarded pianist and composer in Oren’s native Israel.