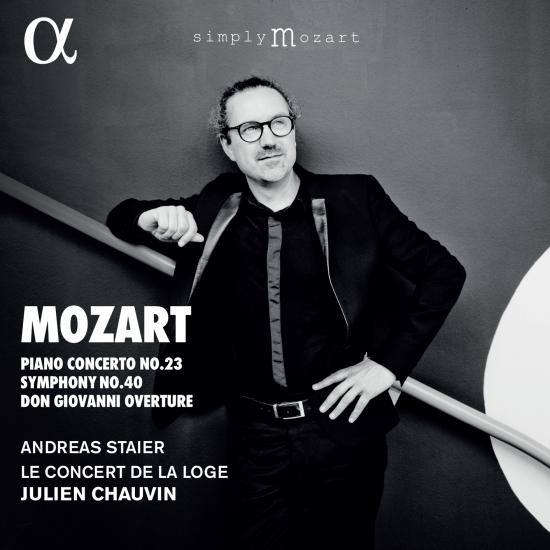 Julien Chauvin meets up with one of the great harpsichordists and fortepianists of our time, Andreas Staier, who is a leading interpreter of the Mozart concertos. He presents us with his vision of the Piano Concerto no.23 and its famous Adagio, ‘one of the most heart-rending slow movements ever written by Mozart . . . Performers often tend to take it too slowly, certainly thinking that this will accentuate the tragic side, but Julien Chauvin and I spontaneously agreed on a slightly faster tempo, which respects the basic pulse of this movement in siciliana rhythm. When you start with the right tempo, it’s amazing how the whole discourse comes together perfectly, in a very logical and simple manner’, says Staier, who plays a magnificent instrument by Christoph Kern after a 1790 fortepiano by Anton Walter, the great maker of Mozart’s time. Also on the programme is the Symphony no.40, in which, says Julien Chauvin, ‘Mozart explores types of writing that he pushes to their most extreme limits. This is the case in the finale, where we find a succession of dissonant disjunct intervals at the opening of the development which, on closer inspection, present us with the full chromatic scale (except for G natural, the symphony’s tonic). And so the twelve-note series was born!’
Andreas Staier, pianoforte
Le Concert de La Loge
Julien Chauvin, violin, conductor 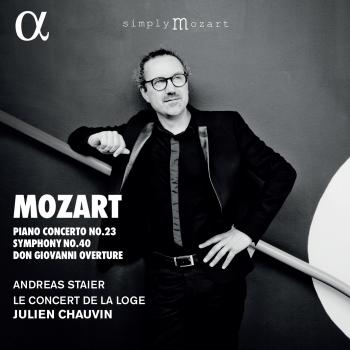 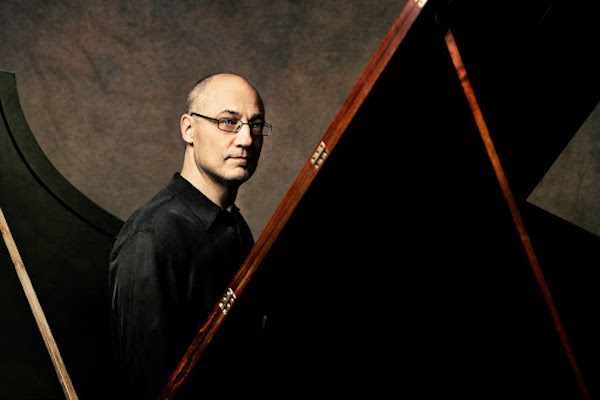 Andreas Staier
One of the world’s most prominent harpsichord and fortepiano performers, Andreas Staier embarked on a solo career in 1986 and, since then, his indisputable musical mastery has made its mark on the interpretation of baroque, classical and romantic repertoire. Born in Göttingen in 1955, Andreas studied modern piano and harpsichord in Hannover and Amsterdam. For three years, he was the harpsichordist of Musica Antiqua Köln with whom he toured and Asia with orchestras such as Concerto Köln, Freiburger Barockorchester, the Akademie für alte and recorded extensively. As a soloist, Andreas Staier performs throughout Europe, the United States Musik Berlin and the Orchestre des Champs - Elysées Paris. Andreas has been invited to leading international festivals and major venues across Europe, America and Japan, including Konzerthaus Wien, Philharmonie Berlin, Gewandhaus Leipzig, Wigmore Hall London, Concertgebouw Amsterdam, Théâtre des Champs-Elysées Paris, Sala Filarmonica Rome, untory Hall Tokyo, and Carnegie Hall New York. He and is regularly invited as a guest soloist by the BBC. Other projects include performances in South Korea, a tour of South Asia (Taiwan, China) and his debut in South America, with a major invitation to perform with the Orquestra Sinfônica do Estado de São Paulo in April 2017. Andreas has recorded extensively for BMG, Teldec Classics and harmonia mundi France, the latter since 2003. His catalogue boasts numerous awards including a Diapason d’or for his ‘Am Stein vis-à-vis’ with Christine Schornsheim (Mozart), the 2002 Preis der Deutschen Schallplattenkritik and, in 2011, the Baroque Instrumental Gramophone Award for his CPE Bach concerti recording with the Freiburger Barockorchester. ‘Variations Diabelli’, was met with great critical acclaim: Diapason d’Or, E/Scherzo, G/Gramophone, 10/10 Classica and Disc of the Month of the BBC Music Magazin. Since, he has recorded a harpsichord recital, ‘Pour Passer la Mélancolie…’, Brahms’ latest works (clarinet sonatas with Lorenzo Coppola and op118 for solo piano) and has also released the highly acclaimed recording of Bach’s harpsichord concertos together with the Freiburger Barockorchester, all for harmonia mundi.