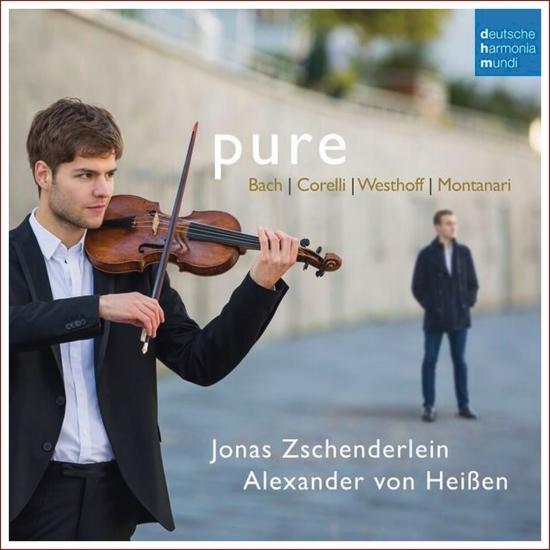 Brilliant mixture of well known and rather unknown highly virtuosic violin music from the 18th Century. Inspired by Johann Sebastian Bach and the importance of this works for various Italian composers of the time. Including a violin sonata by Johann Paul von Westhoff (1656-1705), a German Baroque composer and violinist. One of the most important exponents of the Dresden violin school, he was among the highest ranked violinists of his day, and composed some of the earliest known music for solo violin. There are actually no other recordings of this second violin sonata available.
Jonas Zschenderlein and Alexander von Heissen are both members of the baroque boy group “4 Times Baroque” whose trademarks are fresh, energetic and thrilling performances. Their debut album on DHM, called “Caught in Italian Virtuosity” (19075818232), was a big success and has been highly praised by the critics. According to contemporary sources, Antonio Maria Montanari (1676-1713) experimented with enharmonic microintervals. His high standing as a violinist suggests that he would have had a teacher-pupil relationship with many talented players in Rome, especially after the death of Arcangelo Corelli, including, perhaps, Pietro Antonio Locatelli. Montanari's works have yet to be studied in depth. Actually there are only two other recordings of his violin sonata in d minor available on the market.
Jonas Zschenderlein, violin
Alexander von Heissen, harpsichord 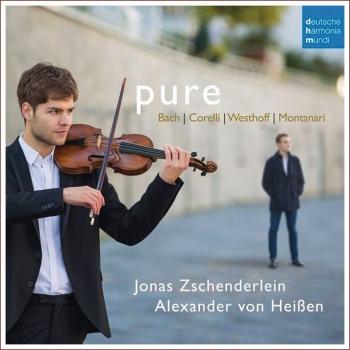 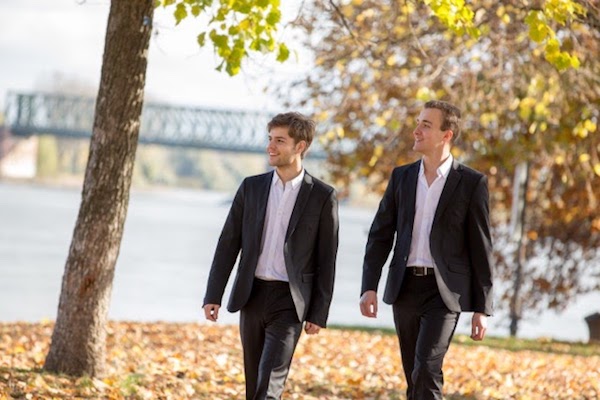 Jonas Zschenderlein
He started to play the violin at the age of 5 and with only 11 years old he began to play the baroque violin. Already as a teenager he was playing with professional early music groups, and founded his own ensembles „Concerto +14“ and „4 Times Baroque“.
Between 2008 and 2014 he was leader of the youth baroque orchestra ‘Bachs Erben’, which performs without a conductor and is coached by members of the Akademie für Alte Musik Berlin.
Jonas plays regularly with many early music ensembles throughout Europe, such as Bachakademie Stuttgart, The English Concert, Dunedin Consort, Dorothee Oberlinger (Ensemble 1700), Anima Eterna Brugge, Balthasar Neumann Ensemble, and Il Pomo d’Oro, and he is in frequent demand as leader. He has performed – both as soloist or leader – at the Carnegie Hall, Wigmore Hall, Barbican Centre, Concertgebouw Amsterdam, Musikverein Wien, Philharmonie de Paris and in nearly all the major concert venues in Germany.
Born in Koblenz/Germany in 1995, Jonas Zschenderlein studied from 2009 until 2013 with Prof. Ariadne Daskalakis and Sebastian Gottschick at the University of Music and Dance (Hochschule für Musik und Tanz) in Cologne. From 2013 until 2014 he was taught by Prof. Susanne Stoodt at the University of Music and the Performing Arts (Hochschule für Musik und Darstellende Kunst) in Frankfurt am Main. Important influences during lessons on the baroque violin included François Fernandez, Petra Müllejans and Richard Gwilt.
Together with harpsichord player Alexander von Heißen he has recorded a CD with violin sonatas by Bach, Corelli, Westhoff and Montanari, which will be released for the label deutsche harmonia mundi/Sony in 2018.
He plays a violin built by an anonymous maker in northern Italy (Bologna) around 1750.
Alexander von Heißen
(born in 1995) is a harpsichordist and continuo-player from Germany.
Alexander is not only a fine soloist, but also impresses through his high ability of supporting his colleagues with a firm and creative way of continuo playing.
He has won several prices at various competitions: at the XXI. international Bach-competition in Leipzig, at the national german youth competition (Bundeswettbewerb "Jugend musiziert") he won two times the first price and was awarded a special price of Deutsche Stiftung Musikleben. He also won the chamber music award of Polytechnische Gesellschaft Frankfurt am Main and was awarded the audience price at Biagio Marini Competition in Neustadt an der Donau.
Both as a soloist and chamber musician he played at the international Handel Festival Halle, Thüringer Bachwochen, Rheingau Musik Festival, Rheinvokal and in Alte Oper Frankfurt. He appeared on stage with other musicians like Dorothee Oberlinger, Luca Pianca, Andreas Scholl, Dmitry Sinkovsky or Reinhard Goebel.
As an an accompanist he attended at projects at the University of Music Mainz and the University of Music and Performing Arts in Frankfurt.
He started playing the harpsichord at the age of 13 and had his first lessons with Diez Eichler at Dr. Hoch's Konservarorium in Frankfurt. Since 2014 he is studying harpsichord with Eva Maria Pollerus at Frankfurt University of Music and Performing Arts. Additionally he is having lessons in pianoforte with Jesper Christensen and Jazz piano with Christoph Spendel. He took part in master classes with Pierre Hantaï, Skip Sempé, Christophe Rousset and Andreas Staier.
He is generously supported by Neumann Stiftung and Yehudi Menuhin's "Live music now"- Foundation.