An Appointment with Mr. Yeats (2022 Remaster) The Waterboys 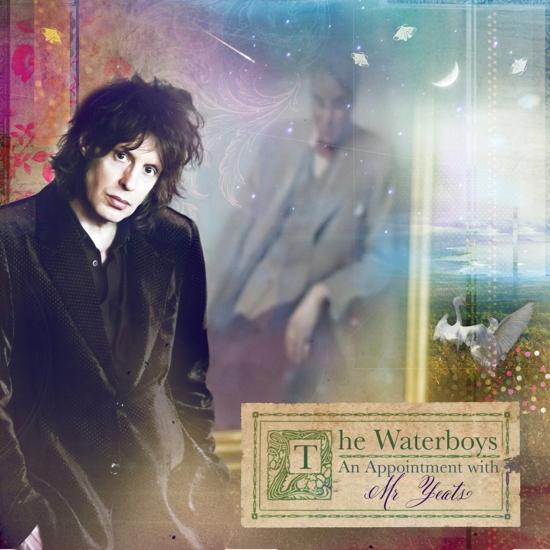 Info for An Appointment with Mr. Yeats (2022 Remaster)

An Appointment with Mr Yeats sees the words of W B Yeats, Ireland's greatest poet, merged with the music of The Waterboys, one of Britain and Ireland's greatest bands, in a truly unique and ambitious musical undertaking. The album was first released in 2011, and has been remixed and remastered for re-issue, now containing 6 previously unreleased bonus tracks.
Waterboys vocalist Mike Scott first set Yeats to music in 1988 when he wrote a musical accompaniment for the classic poem The Stolen Child, included on their seminal album Fisherman's Blues. Scott's love of literature flows throughout the work of The Waterboys. Scott explained: "I grew up in a house full of books so literature and language have always been important to me. Working with other peoples' words is something that comes as natural to me as working with my own. In a way it's even more immediate; I've always found writing music an easier process than the writing of lyrics, and setting words of the quality of Yeats' to music is an enormous privilege and treat."
An Appointment with Mr. Yeats is a unique opportunity for lovers of great music and great literature to celebrate the union of song and word in one spectacular record.
"An Appointment With Mr. Yeats is a tremendous tribute to one of Ireland’s greatest literary figures. It is obvious The Waterboys have put a lot of thought into the structuring of the melodies and their efforts have paid off." (goldenplec.com)
"The idea that the poetry of Ireland's William Butler Yeats could be set to rock music and captured adequately (let alone eloquently) by Mike Scott and his Waterboys sounds pretentious at the least. Yet, they proved it possible with "Stolen Child" on Fisherman's Blues, then with "Love and Death" off Dream Harder. Yeats and Scott share not only iconic status among their followers, they are also regarded as iconoclasts. The former was born a Catholic, became an atheist, and eventually found spirituality in nature and the occult. He was a celebrated poet and playwright but became a hard-willed, even ruthless politician in his defense of Irish freedom and unity. The latter is a controversial rocker and producer who has aspired to be a mystic, a social and political raconteur, a poet, and a traditional and postmodern balladeer. Also like Yeats, Scott's art has been adventurous: he's taken chances that have not always netted him critical -- or commercial -- success. An Appointment with Mr. Yeats contains 14 tunes adapted from the Irish poet's works that are wedded to musical compositions by Scott (with fiddler Steve Wickham and Catalonian trombonist Blaise Margail helping on the charts). These last two are members of a ten piece Waterboys that include its members keyboardist James Hallawell, multi-instrumentalist Kate St. John, bassist/co-producer Marc Arciero, flutist Sarah Allen and vocalist Katie Kim (who steals the show on the simple and sparse "Sweet Dancer," one of the set's finest moments.) The opener, "The Hosting of the Shee," begins with Celtic reggae but becomes a Celtic rocker with swooping strings and layered guitars. On "News for the Delphic Oracle," cabaret music gets transformed into Celtic cinematic stomp. There are hints of Scott's last proper album, The Book of Lightning, evidenced by "September 1913" with soulful jazz piano by Hallawell, and "Politics" with its horn charts that could have been lifted from Dexys Midnight Runners' debut album, Searching for the Young Soul Rebels. The all-too-brief "An Irish Airman Foresees His Death," with its organs and Rhodes piano, get underscored by a military snare drum and Scott's voice haunting in the verses. The only misstep is that "Let the Earth Bear Witness," with its hymnodic reverence, should have closed the set instead of the ethereal "Faery's Last Dance," but that's a minor quibble. Scott and his band have pulled off a gloriously wide-ranging celebration in An Appointment with Mr. Yeats; it is the Waterboys' strongest effort since Room to Roam." (Thom Jurek, AMG)
Mike Scott, 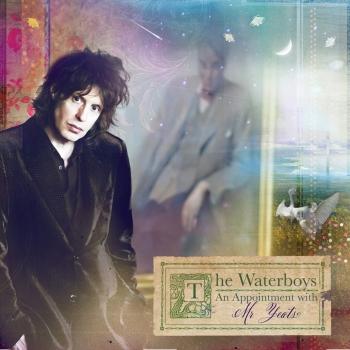 An Appointment with Mr. Yeats (2022 Remaster) 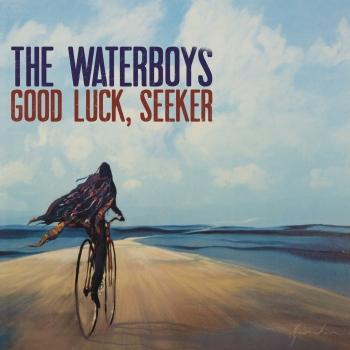 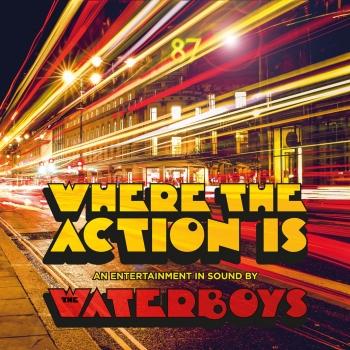 Where The Action Is 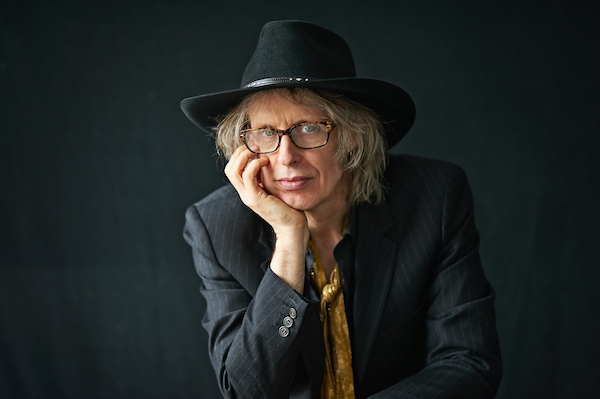 The Waterboys
are a band formed in 1983 by Mike Scott. The band's membership, past and present, has been composed mainly of musicians from Scotland, Ireland and England. Edinburgh, London, Dublin, Spiddal, New York, and Findhorn have all served as homes for the group. The band has played in a number of different styles, but their music is a mix of Celtic folk music with rock and roll. After ten years of recording and touring, they dissolved in 1993 and Scott pursued a solo career. They reformed in 2000, and continue to release albums and tour worldwide. Scott emphasises a continuity between The Waterboys and his solo work, saying that "To me there's no difference between Mike Scott and the Waterboys; they both mean the same thing. They mean myself and whoever are my current travelling musical companions."
The early Waterboys sound was dubbed "The Big Music" after a song on their second album, A Pagan Place. This musical style was described by Scott as "a metaphor for seeing God's signature in the world." It either influenced or was used to describe a number of other bands, including Simple Minds, The Alarm, In Tua Nua, Big Country, the Hothouse Flowers and World Party, the last of which was made up of former Waterboys members. In the late 1980s the band became significantly more folk influenced. The Waterboys eventually returned to rock and roll, and have released both rock and folk albums since reforming. Their songs, largely written by Scott, often contain literary references and are frequently concerned with spirituality. Both the group and its members' solo careers have received much praise from both rock and folk music critics, but The Waterboys as a band has never received the commercial success that some of its members have had independently. Aside from World Party, The Waterboys have also influenced musicians such as Eddie Vedder, Johnny Goudie, Colin Meloy of The Decemberists,Grant Nicholas of Feeder,James Marshall Owen, and Miles Hunt of The Wonder Stuff; both Bono and The Edge from U2 are fans of the band.