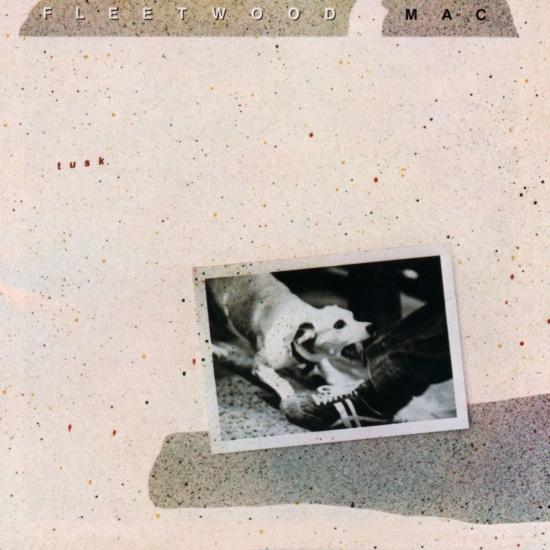 Fleetwood Mac's magnum opus of 1979 is considered by some to be their greatest work. And while you are probably familiar with the hits, you may not realize that this recording is full of gems like Christine McVie's gorgeous 'Brown Eyes' and Lindsey Buckingham's rousing and infectious 'I Know I'm Not Wrong.'
'The album opens with the muted, Christine McVie song, “Over and Over,” an odd choice to start the record; no doubt used to signal that this is not “Rumours II.” That’s followed by “The Ledge,” with distorted guitars and cavernous percussion played at double-speed; it sounds like nothing Fleetwood Mac has ever done. And, that’s the point. After the runaway success of the previous record, leader Lindsey Buckingham tried very hard to sabotage the album. His tracks are full of bile and fury. This is not to say that Tusk doesn’t have its moments. Christine McVie turns in the closest thing to a hit single in “Think About Me,” and the transcendent “Brown Eyes,” a song that’s barely there, but stark and beautiful. Stevie Nicks delivers a couple of her most grandiose statements, in “Sara” and “Sisters of the Moon.” Even Buckingham has his moments, in the sinister “Tusk,” and the ethereal “That’s All For Everyone.” The real problem with Tusk is that it’s just too long (originally released as a 20-track, double LP). Pull off, say eight of the tracks, and you’ve got yourself a much better and focused album. Instead, Tusk lies somewhere between a masterpiece and an all out mess.' (Tony Peters)
'With this album, we wanted to get a more raw sound,' engineer Richard Dashut explains. with an eye toward fully accomplishing this, guitarist Lindsey Buckingham set up a studio in his home and worked out his material for the album there. 'I wanted to experiment more with different sounds and different ways to record them,' says Lindsey. 'I wanted to get back to harder, rawer feeling, and I felt that couldn't be achieved as easily or truly in a sophisticated studio situation.' Much of Lindsey's work at home is retained on the finished album.
Lindsay Buckingham, vocals, guitar
Christine McVie, vocals, keyboards, synthesizer
Stevie Nicks, vocals
John McVie, bass
Mick Fleetwood, drums, percussion
Recorded at The Village Recorder, Los Angeles, California
Engineered by Ken Caillat, Richard Dashut, Lindsey Buckingham
Produced by Fleetwood Mac, Richard Dashut, Ken Caillat
Digitally remastered