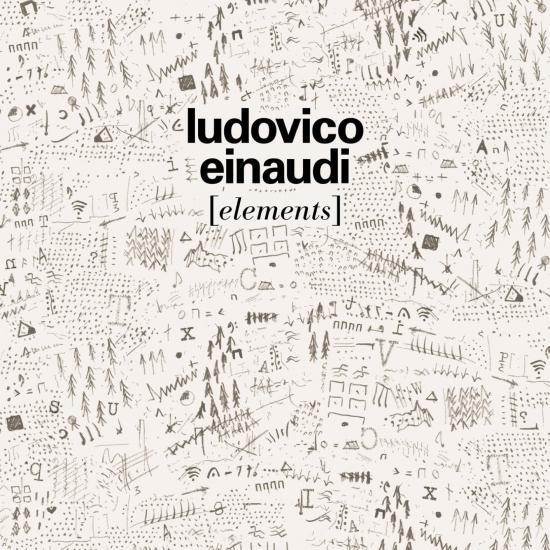 Alt-classical composer and pianist Ludovico Einaudi returns with a brand new album „Elements“. Following on the worldwide success of In a Time Lapse, Ludovico Einaudi presents his new work, Elements. The work's sound is lush and deep and interwoven with a freshness that naturally blends Einaudi's piano with acoustic and electronic sounds. In addition to his usual collaborators, the album also features the Amsterdam Sinfonietta, Berlin-based electronic musician Robert Lippok, Brazilian percussionist Mauro Refosco and South African violinist Daniel Hope.
'Elements sprang from a desire to start anew, following a different path of knowledge. I saw new frontiers - on the edge between what I knew and what I didn't know - that I had long wanted to explore... gradually, everything came together in a dance, as if all the elements were parts of the same world, and myself within it.' (Ludovico Einaudi) 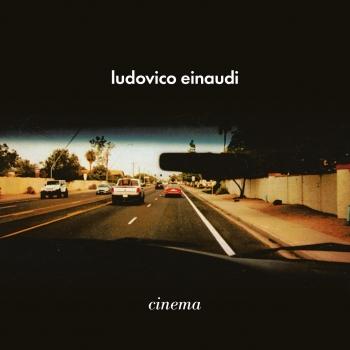 Ludovico Einaudi
Luminous, emotive, effortlessly lyrical and always supremely refined the music and performance of Ludovico Einaudi have attracted an ever growing audience over the last two decades whose diversity and devotion are without parallel. He has released a series of chart-topping albums with sales of over a million copies, sells out the most prestigious concert halls worldwide, composed a string of award-winning film scores and routinely tops audience polls becoming an internet phenomenon. With a unique musical alchemy that draws on elements of classical, rock, electronica and world musics he has rendered traditional ideas of genre and audience divide obsolete and become not only one of the best known composers in the world today but almost certainly the best loved too.
Ludovico was born in Turin, Italy and trained as a classical composer and pianist at the Milan Conservatorio before continuing his studies with Luciano Berio, one of the most important composers of the twentieth century avant-garde. His career began with a series of prestigious commissions for institutions such as the USA’s Tanglewood Festival and Paris’ IRCAM but he turned away from what seemed a glittering classical career to forge his own musical path, giving him the freedom to reconcile his wider-ranging influences.
It was a bold strategy but one quickly rewarded, when Ludovico’s electric harp suite ‘Stanze’ (1997) was first played on BBC Radio the switchboard jammed with listeners. It was a similar story with his next release ‘Le Onde’ (1998), a solo piano cycle he performed himself. A listener-organised campaign made it Ludovico’s breakthrough and a permanent fixture atop the Classic FM charts. This upswell of grass roots activity, snowballing with the onset of the internet and social media, has allowed Ludovico to build a uniquely close relationship directly with his audience.
‘Le Onde’ also ignited Ludovico’s career in Film & TV music and he has since composed many award-winning scores including ‘Doctor Zhivago’ (2002) and ‘Sotto Falso Nome’ (2004) which also became successful albums in their own right. In recent years Shane Meadows’ acclaimed film ‘This Is England’ (2006) and its television sequel ‘This Is England ‘86’ (2010) have brought a BAFTA nomination for Ludovico and introduced his music to a huge new audience, Countless television programmes feature his music and the ad world has incorporated it in campaigns for brands including American Airlines, Vodafone, Sony Blu-ray and John Lewis.
Ludovico built on the impact of ‘Le Onde’ with a series of albums notable for their exuberant experimentation. ‘Eden Roc’ (1999) saw an array of guest musicians and instruments ranging from electric guitar to the Armenian duduk. ‘I Giorni’ (2001) deepened this engagement with world music in Ludovico’s second collection for solo piano. His ‘best of’ collection from these first four albums ‘Echoes: The Einaudi Collection’ (2003) has since sold more than 100,000 copies.
As Ludovico’s fame grew, his concert schedule naturally grew along with it and became an increasingly important part of his life. It immediately led to two new albums, Diario Mali (2005), a collaboration with kora virtuoso Ballaké Sissoko and his first live solo album ‘La Scala Concert 03.03.03’ (2003), recorded in his adopted city of Milan.
The release of ‘Una Mattina’ (2004) saw more ‘firsts’, it was Ludovico’s debut album on new and current record label Universal and also his most ‘classical’ to date. Largely written for solo piano, it leapt to the top of the UK Classical album chart and gave him his first sold-out UK tour.
Now one of the most popular composers in the UK and throughout Europe, at home Ludovico’s reputation scaled even loftier heights and thus on May 26th, 2005 in Rome, Ludovico Einaudi was awarded the ‘Ordine al Merito della Repubblica Italiana’ (or ‘OMRI’) the senior order of Knighthood bestowed by the Italian Republic.
The stage was set for ‘Divenire’ (2007) his most musically ambitious album yet and his greatest commercial success to date. ‘Divenire’ gathered many of the musical ‘streams’ that had flowed through Ludovico’s career and expanded on them with the help of The Royal Liverpool Philharmonic Orchestra and a battery of digital effects.
On release it became a phenomenon, topping classical charts throughout Europe and crashing the Italian pop charts. With sales in excess of 300,000 copies and a BRIT awards ‘Album of the Year’ nomination, Ludovico embarked on his biggest tour yet, 80 dates across Europe. One was captured for his second live album ‘Live In Berlin’ (2008) and it all culminated at a memorable concert at London’s Royal Albert Hall.
With people around the globe now clamoring to see him Ludovico became a permanent fixture on the road, traveling to new audiences in India, Japan and the USA. Along the way he formed a collaboration with Robert Lippock of post-rock band ‘To Rococo Rot’ and the results would be heard in two albums released in 2009, one featuring Ludovico as ‘band member’, the other as a solo artist.
First was ‘Cloudland’ (2009) the debut from ‘Whitetree’ - comprising Ludovico on piano, Robert Lippok on electronics, and Robert’s brother Ronald Lippok on drums - which has a sunny African feel amid the cutting-edge electronics and percussion.
‘Nightbook’ (2009) Ludovico’s seventh solo album was a perfect contrast. Meditative and introspective it charts an inward voyage through dreams and the shadows of the psyche with evocative use of electronics. Ludovico calls it his ‘Dark Side of The Moon’ and though challenging, it too found immediate resonance with his audience who once again took Ludovico to the summit of the charts and back into the concert halls.
The ‘Nightbook’ tour produced ‘The Royal Albert Hall Concert’ (2010) a double CD and DVD documenting Ludovico’s concert at the venue in March 2010. Drawing on every part of a now distinguished career, it shows a composer and performer at the very height of his creative powers.