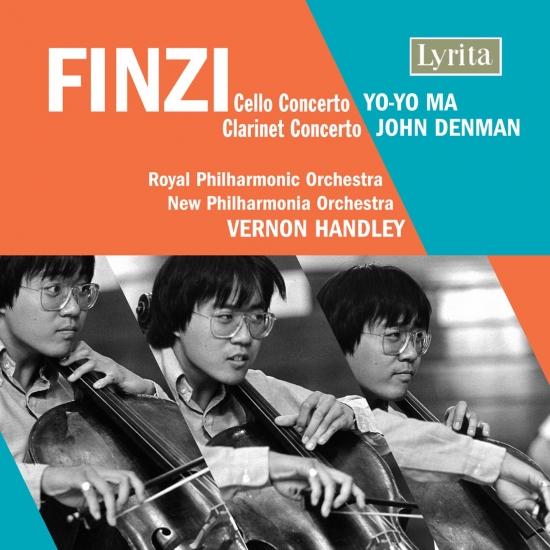 "Before he lost interest in classical music, at the very beginning of his career, Yo-Yo Ma made this outstanding recording of Finzi's magnificent Cello Concerto. It's still the finest available, though it faces strong competition from Naxos, offering without question the most dramatic and exciting account on disc of the first movement. This matters hugely, because the piece can hang fire if there isn't sufficient contrast between its first two parts. Ma plays magnificently: he's by turns impassioned and richly lyrical, and far less bland than he later became. Don't get me wrong: I have nothing against his current preoccupation, "World Music", save for the fact that his Silk Road colleagues play that music so much better than he does. Well, here he is, fresh, young, and full of life. He never made a finer recording.
Clarinet soloist John Denman also plays his concerto with an extremely limpid, cantabile tone, and both here and in the Cello Concerto Vernon Handley offers his usual excellent work as accompanist. Handley's remake of the Cello Concerto for Chandos also was a big disappointment compared to his work here, not just interpretively but also sonically. These performances benefit further from Lyrita's by now legendary engineering at its very finest. Finzi may have been a minor master, but a master he certainly was, and this disc remains the best way not just to sample these two marvelous concertos, but to hear why Ma was such a promising young artist." (David Hurwitz, ClassicsToday)
"The Cello Concerto was in many ways the composer's swansong… The beautifully slow movement is deeply searching and draws on an Elgarian quality, a poignant nobility. Yo-Yo Ma's wistfully introspective approach - this was his debut recording - captures its gentle intensity and Vernon Handley proves an inspired partner, particularly in the central movement with its exquisite opening and close. There are many recordings of the gorgeous Clarinet Concerto... but John Denman's account is as seductive as any; again Handley is a superbly understanding partner." (Gramophone Magazine)
"[Ma's] is not a big performance but a greatly inspired one, and many will like his lightness of touch in the finale...John Denman's performance is entirely seductive. And in both works Vernon Handley's sensitive accompaniment brings first-rate playing" (Penguin Guide)
John Denman, clarinet (tracks 1-3)
Yo-Yo Ma, cello (tracks 4-6)
New Philharmonia Orchestra (tracks 1-3)
Royal Philharmonic Orchestra (tracks 4-6)
Vernon Handley, conductor 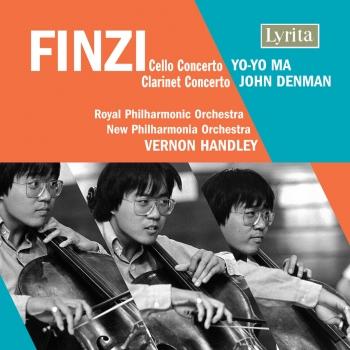