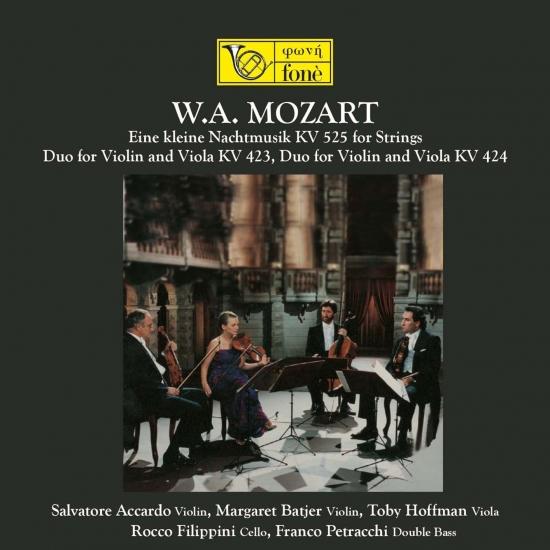 "Mozart is a touchstone of the heart. If I want to do something especially dear to someone, I sit down at the piano and play them a piece by Mozart." With these sentences, the great Mozart interpreter Edwin Fischer has said something essential. From every note of Mozart speaks an extremely sensitive and delicate, loving and at the same time masculine powerful character, which expresses itself with inventiveness and a mastery perhaps only comparable to Bach. That is why it is so difficult to play Mozart's music "correctly", as it often expresses the deepest with the smallest number of notes. Technical mastery alone is not enough. There must also be the ability of the heart to feel and create music as a form of genuine, loving communication with fellow human beings. No other classical composer, for example, entitled a movement with the epithet "amoroso" (Mozart's designation for the Andante of the B flat major Sonata K. 281).
"Beethoven est superbe, mais Mozart est sublime". It would be absurd to ask which of the two is the "deeper". For a long time, Beethoven was considered the composer who expressed the transcendent, the ineffable, especially in his last works.
Indeed, in the variations of his last piano sonata Opus 111, this profundity is "palpable" - everyone feels it, interpreter and listener alike. Mozart's profundity, on the other hand, is incomprehensible and therefore much more difficult to grasp. One can only speak of this mystery of Mozart in metaphors. His sonatas look at us like the gaze of a child, unfathomable, unfathomable. We feel the same way about them as we do about a Goethe poem: it is simply there, and one can hardly believe that it ever once did not exist. The spontaneity and apparent lightness of Mozart's work has led generations of music lovers to believe that Mozart composed without effort, "like a bird sings". In reality, behind this creation lies an infinitely arduous, tireless process of learning and working. Similar to Johann Sebastian Bach before him, Mozart studied numerous works by older and contemporary masters and constantly worked on his own perfection. The result of this combination of God-given talent and diligently acquired mastery was recognised by no one better than Joseph Haydn: "I tell you before God, as an honest man, your son is the greatest composer I know by person and name: he has taste, and above that the greatest compositional science" (quoted in a letter from Leopold Mozart to his daughter in Salzburg, 16 February 1785).
Salvatore Accardo, violin
Margaret Batjer, violin
Toby Hoffman, viola
Cynthia Phelps, viola
Rocco Filippini, cello 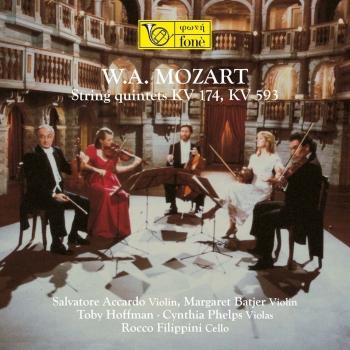 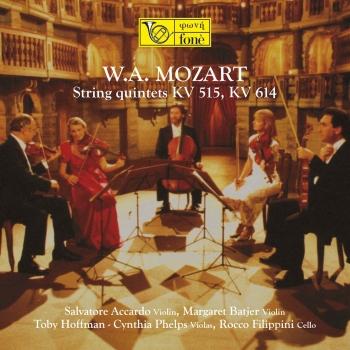 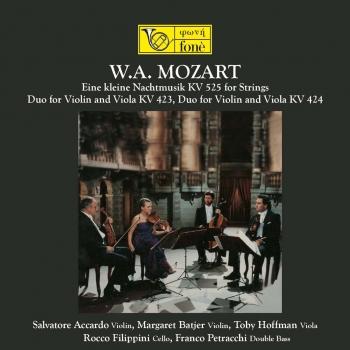 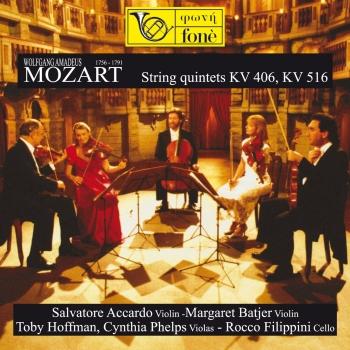