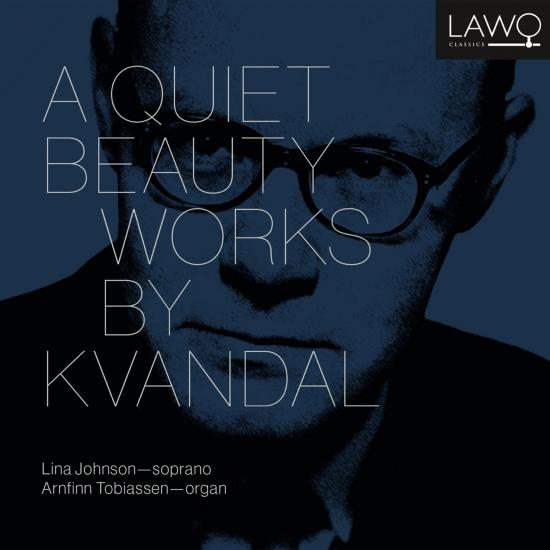 Info for A Quiet Beauty - Works by Kvandal

There was a time in Norway when the position of organist was one of the most natural points of departure for a career as a professional musician. If one was interested in composing or writing texts about music, the post of church musician was a secure profession. Edvard Grieg had plans to become an organist while he was betrothed to his Nina in the 1860s. Church composers such as Knut Nystedt, Conrad Baden and Egil Hovland were organists, but also Klaus Egge and Edvard Fliflet Bræin received a comparable education. Arne Nordheim studied to be a church musician at the same time as Johan Kvandal, who graduated in 1951. Nordheim’s path led away from the organ gallery, but Kvandal found his place there, in Vålerengen Church in Oslo from 1959–1974. Although he was also a music critic, and a highly respected one for the newspapers Morgenposten and Aftenposten, he held on to his post as church musician.
Most of the works on this album were composed during the Vålerengen period, 1959—1974, though some came earlier, and some later. “Fantasi for orgel” (Fantasy for Organ) is one of his very last works, composed three years before his death. Here he decisively marks the end of his career on the organ bench, both with dissonant contemporary sounds and with strains of inspiration from the realm of traditional folk music. It is a finale worthy of this towering church composer.
How engaging were the religious texts for Kvandal? He used them regularly, also in church music not found on this recording. He said in an interview in Aftenposten in 1984 reprinted in the Festschrift, after having told of a week-long performance of Wagner’s Ring: “It became a kind of closing of the ring in me. Quite simply put, at this time I rediscovered my childhood faith and the wonder I felt at the forces in play governing our lives.”
Lina Johnson, soprano
Arnfinn Tobiassen, organ 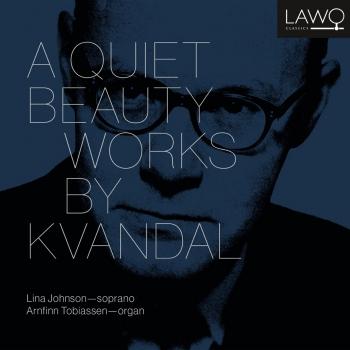 A Quiet Beauty - Works by Kvandal 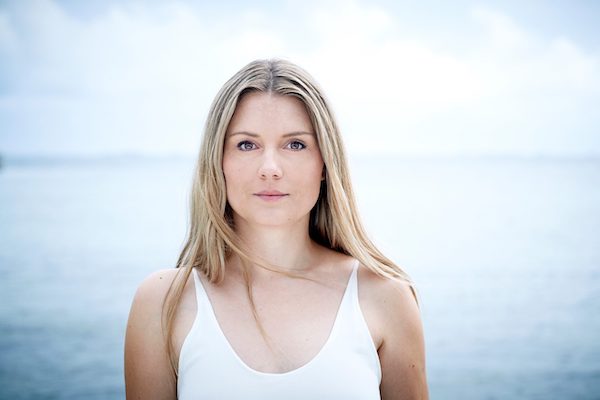 Lina Johnson
Starting off with the role of DESPINA in Guy Joosten's Cosi fan Tutte at the Royal Danish Opera in 2011, Lina Johnson has embarked on an operatic carreer performing soubrette, lyric coloratura and belcanto repertoire, as well as concert repertoire like Mozart concert arias, Händel's Messiah and Orff's Carmina Burana. She has been described with a natural stage presence and a beautiful, clear and expressive lyric coloraturavoice.
She attained her musical education at the NTNU Music Conservatoire in Trondheim, the Norwegian State Academy of Music in Oslo, The Royal Danish Music Academy in Copenhagen, and the Opera Academy in Copenhagen. She recieved the Léonie Sonning talent prize in 2008. Her dedication to chamber music and lied repertoire was rewarded with 2nd prize in the Kokkola Nordic Lied competition in Finland in 2007, and a nomination for the Wigmore Hall Kohn Opera Voice Fellowship in 2011. In 2012 she was a finalist in the Wilhelm Stenhammar International Singing Competition. In 2010 she was picked out for the Mozart recidency at the Aix-en-Provence festival.
Lina Johnson made her operatic debut at Copenhagen Opera, The Royal Danish Theatre, as NAJADE in Robert Carsens' Ariadne auf Naxos in 2009, and has since done the roles of CONSTANCE in Dialogues des Carmelites, MUSETTA in La Bohème, DESPINA in Così fan tutte in this theatre. The season 2012/13 she performed the role of KÖNIGIN DER NACHT at Opera Sør in Norway, made her debut at the Norwegian National Opera in Oslo as ADÈLE in Die Fledermaus, performed the role of GENOVIEFFA in Suor Angelica and covered LAURETTA in Gianni Schicchi at the Royal Danish Theatre. The 13/14 season included ADINA in L´elisir d´amore at the Oscarsborg Opera in Norway, VESPETTA in Telemanns' Pimpinone at the Norwegian National Opera, Händel’s Messiah with Århus Symphony Orchestra, and FRASQUITA with the Trondheim Symphonic Orchestra.
The 2014/2015 season included GILDA in Rigoletto with the Oscarsborg Opera, a concert with the repertoire of the famous castrato singer Farinelli, world premiere of Steingrimur Rohloff's danish opera Babel at Hofteatret in Copenhagen, ROSINA in Il Barbiere di Siviglia at the Norwegian National Opera, VIOLETTA VALERY in La Traviata at Copenhagen Opera Festival, THE MESSIAH with Malmö Symphony Orchestra and with Homens Barokk Copenhagen, concerts at Bergen International Music Festival, and Bach kantatas BWV 159, BWV 197 and Magnificat BWV 243 in D-Major with the Aalborg Symphonic Orchestra.
The 2015/2016 season included ÁDELE in Die Fledermaus at Oscarsborg Opera, OSCAR in Un ballo Maschera with Opera Nordfjord, DIE KÖNIGIN DER NACHT in Die Zauberflöte at The Norwegian National Opera, WIFE in the world premier of Rolf Wallins first opera Elysium at the Norwegian National Opera, CLORINDA in La Cenerentola at the Teatro Verdi di Trieste, ADELE in Die Fledermaus at Teatro Verdi di Trieste, KÖNIGIN DER NACHT in Die Zauberflöte with Odense Symphony Orchestra, MUSETTA in La Boheme with Opera i Bjørvika, and AMINA in La Sonnambula at Opera Hedeland.
The 2016/2017 season includes the roles of GILDA in Rigoletto and PAPAGENA in Die Zauberflöte at Teatro Verdi di Trieste, THE DIVA with The Norwegian National Ballet at Theatre Champs Elysees in Paris, SOPHIE in Der Rosenkavalier at NCPA Beijing, Brahms Requiem with Trondheim Symphonic Orchestra, and The Matthew Passion with the BBC Philharmonic in Manchester.