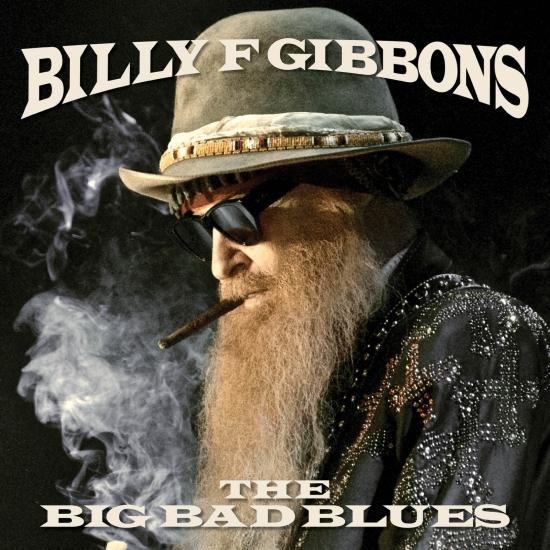 Info for The Big Bad Blues

ZZ Top guitar giant Billy Gibbons will release his second solo album The Big Bad Blues on Concord Records on 21 September. It’s the follow-up to his much-admired Afro-Cuban inspired album of 2015, Perfectamundo.
The focus of the new set is the lifetime love of blues and rock ‘n’ roll that has fuelled Gibbons’ entire career. Its 11 tracks showcase a combination of his new blues originals and interpretations of such numbers as ‘Rollin’ and Tumblin’’ and ‘Standing Around Crying.’
“We successfully made our way through those uncharted waters with the Cubano flavour of Perfectamundo and completed the journey,” says Gibbons, explaining how the new project differs from the last. “The shift back to the blues is a natural. It’s something which our followers can enjoy with the satisfaction of experiencing the roots tradition and, at the same time, feeling the richness of stretching the art form.”
Gibbons, a Rock and Roll Hall of Fame inductee with ZZ Top, is proud to acknowledge the blues roots that helped make him one of the most noted artists to come from that tradition over the past several decades. The blues influenced him “right from the beginning,” he says, “and it’s never let up. There’s something very primordial within the art form. Nobody gets away from the infectious allure of those straight-ahead licks.”
Moving on to cite specific blues heroes, Gibbons adds: “I suspect Jimmy Reed did me in early on. The inventiveness of that high and lonesome sound remains solid and stridently strong to this day. We could go on to mention the line-up of usual suspects, Howlin’ Wolf, Muddy [Waters], all three Kings [B.B., Albert and Freddie]. The lengthy list of champions are forever carved in stone.”
“Billy has an incredibly deep knowledge of the great blues tradition and has carried that tradition forward in his music throughout his incredible career,” says Concord Records president John Burk. “Therefore, it seemed natural to do a project that centred on his musical roots, and the music that so inspired him from the very beginning.”
Of the players on The Big Bad Blues, Gibbons notes: “From deep in the heart of Texas, our Hammond organ specialist, Mr. Mike Flanigin, stepped forward and accepted the invitation to step from the B3 bench to take on the task of pounding the ivory 88s. Great piano stuff from Mike ‘The Drifter’ Flanigin. Master of the Fender Bass-guitar, Joe Hardy lent his low-down sound with his fearless funkiness, SO fine!
“Also, in the mash-up mix, the man-with-the-backbeat-plan, Greg Morrow. G keeps the skins alive and kickin’. And while we’re on that backbeat thang…Matt Sorum steps forward with his super-syncopation, thrashing the skins like no buddies business. Alabama–come-California soulster Austin Hanks roughs up the riffs with his left-handed six-string electric. Have mercy!”
Gibbons himself shares harmonica duties with James Harman. “James is the fastidiously fierce follower of the real deal when it comes to blowing’ the harp,” he says. “As for the album content, check it out…hey now! Something old, something new, something borrowed, something blue.
“It’s no secret there are several favorites from the way-back starting with not one, but two, from the Bo Diddley catalogue [‘Bring It to Jerome,’ ‘Crackin’ Up’]. We dusted off an old Gretsch Duo-Jet guitar, which put it squarely with that infamous Bo Diddley sound. Once covered, we made way into another side—a much earlier number from Muddy Waters, ‘Standing Around Crying.’ The ragged edges with the meanness of James’ bad self on harp seemed to fit the bill to enter the line-up.” 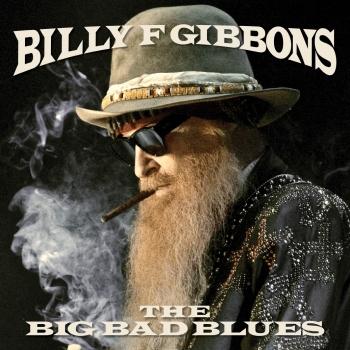 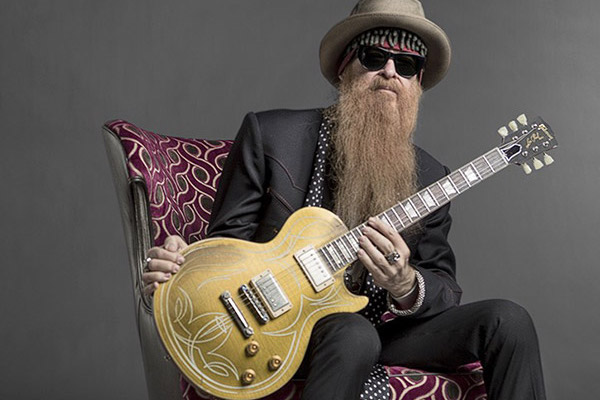 Billy Gibbons
Along with the late Stevie Ray Vaughan, ZZ Top guitarist Billy Gibbons is unquestionably one of the finest blues-rock guitarists to ever emerge from Texas. Born on either March 4 or December 16, 1950 (both dates have been given in the past), and raised in Houston, Texas, Gibbons grew up in a home that favored both classical and country sounds, but upon discovering Elvis Presley via an appearance on The Ed Sullivan Show, Gibbons became transfixed by rock & roll. It wasn’t long before he discovered other early rock & rollers (Little Richard) as well as bluesmen (Jimmy Reed) via a local radio station. Soon after receiving a Gibson Melody Maker electric guitar and a Fender Champ amp for Christmas in 1963, Gibbons began emulating his heroes — forming his first band when he was 14 (the Saints). The guitarist later joined a group around the mid-’60s called the Coachmen, who specialized in more psychedelic-based sounds, inspired by the likes of Jefferson Airplane, Jimi Hendrix, and the local Texas outfit 13th Floor Elevators (led by a young Roky Erickson). Gibbons’ band eventually changed their name to the Moving Sidewalks, issuing a lone album in 1968, Flash, although an early single, “99th Floor,” would later receive attention when included years later on the Pebbles: Vol. 2 compilation. While the Moving Sidewalks never made a splash outside of Texas, Gibbons must have been pleased when Jimi Hendrix (with whom the Sidewalks toured with around this time) began endorsing the guitarist as one of his favorite new players to the media.
Rio Grande Mud When the Moving Sidewalks folded in 1969, Gibbons sought to form a more straight-ahead, boogie/blues-rock-based band, and after hooking up with a pair of other fellow Texans, bassist Dusty Hill and drummer Frank Beard, ZZ Top were born. The power trio slowly but steadily built up a solid following, largely due to Gibbons’ tasty guitar playing and muscular riffs (especially evidenced on such renowned tracks as “La Grange” and “Tush”). Over the course of five classic albums over a six-year span (1970’s self-titled debut, 1972’s Rio Grande Mud, 1973’s Tres Hombres, 1975’s Fandango, and 1976’s Tejas), ZZ Top became one of the country’s top rock bands before taking a three-year break. When they returned, the musical climate had changed considerably, and ZZ Top opted to change with the times — as a more modern, electronic sound was merged with their blues-rock roots on such albums as 1979’s Deguello and 1981’s El Loco. But with the release of 1983’s Eliminator, the new approach came together for the group, while both Gibbons and Hill happened to come across a gimmick that will be forever associated with the group: long and stringy beards that grew down to their chests. It didn’t hurt that the group was responsible for some of MTV’s most popular video clips of all time (which always seemed to primarily focus on good-looking girls and a snazzy 1933 Ford three-door coupe, rather than the bandmembers), “Give Me All Your Loving,” “Sharp Dressed Man,” and “Legs.” Gibbons and Hill also became known for their assortment of matching and outlandish guitars, which were also always on display in their videos.
La Futura But the trio’s newly acquired commercial direction caused some consternation among longtime fans, and by the mid-’90s, new ZZ Top albums failed to sell as well as their earlier titles had, although a large and loyal following still flocked to their shows. Following 2003’s Mescalero, ZZ Top parted ways with RCA and it took them nearly a decade to deliver a new album: the Rick Rubin-produced La Futura appeared on American in 2012. Gibbons quickly followed that album with his first-ever solo project, the Cuban-inflected Perfectamundo, where he was supported by a group called the BFG’s. Perfectamundo appeared in November 2015.
A longtime vintage guitar collector, Gibbons owns some of the world’s most cherished and rare guitars, including a particular instrument that he’s become synonymous with, a 1959 Sunburst Les Paul Standard (which he dubbed “Pearly Gates”). In addition to music, Gibbons supposedly owns several automotive-related patents in his name, is an avid painter, and collects rare African art and artifacts, amassing so many that he was forced to store them in a warehouse in Houston. Besides recording with ZZ Top, Gibbons has been known to go by the alias Justis Walkert, appearing on recordings by Jeff Healey (Feel This) and the Rainer & Das Combo (The Texas Tapes). But it’s obviously Gibbons’ exceptional playing with ZZ Top that he’s best known for, as the guitarist has influenced a wide variety of players over the years, including the Meat Puppets’ Curt Kirkwood and Pantera’s Dimebag Darrell, to name just two.