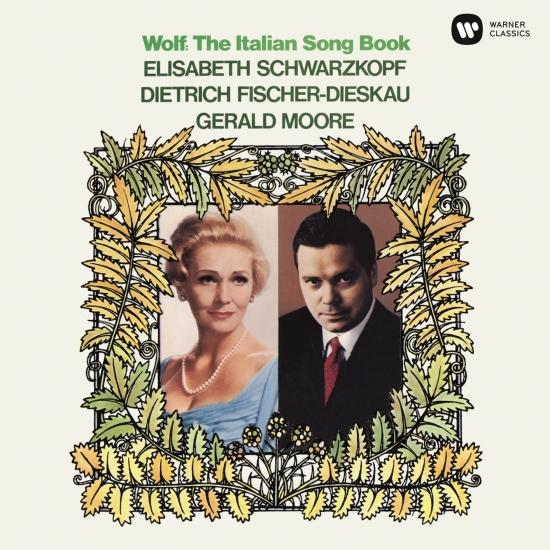 Italian songbook is a collection of 46 Lieder (songs for voice and piano) by Hugo Wolf (1860–1903). The first 22 songs (Book 1) were composed between September 1890 and December 1891, and published in 1892. The other 24 songs (Book 2) were composed between March and August 1896, and published the same year. The time lag between the two volumes was caused by Wolf's long-proposed opera, Der Corregidor (1895), which might have been inspired by his personal love triangle with his friend’s wife Melanie Köchert. The 46 lyrics of the songs were taken from an anthology of Italian poems by Paul Heyse (1830–1914), translated into German and published with the title of Italienisches Liederbuch in 1860.] Despite Heyse’s diverse poetic selections, Wolf preferred the rispetto, a short Italian verse usually consisting of eight lines of ten or eleven syllables each, as a result of which the songs are short.
Regular readers will not need reminding of my inordinate love of Wolf's song and especially of the Italian Songbook. For many the beginning and end of that volume's performance lies in the set made in the mid-1960s and rightfully reissued here in EMI's Great Recordings of the Century. Whatever passing reservations one may have about the readings of Schwarzkopf and Fischer-Dieskau, there can be no doubt that the composer would have been delighted by the way the pair sing every song off the words, neglecting no detail in their projection of the text.
I examined the interpretations in great detail in my chapter on the work in Song on Record 1 (CUP: 1986) and again in these pages when the set first appeared on CD in 1990. Hearing this expertly remastered CD, stretching to 79 minutes, I felt no need to revise my opinions. By and large, the mastery of tone and technique displayed by both artists is arresting. The reservations I made then remain and can be easily contrasted with the many felicities in the performances. In the soprano's case they can be illustrated by just two songs. Schwarzkopf catches to perfection the bored girl's feelings towards her boyfriend's excruciating violin playing in 'We lange schon', with Moore displaying his incomparable skills in the famous postlude, but in the immediately preceding 'Du denkst mit einem Fackhen', the singer's manner is uncomfortably artificial. Thank goodness, there are many more examples of the best of Schwarzkopf, not least in the scorn and rejection of `Schweig einmal still' and in the consoling intimacy of that masterpiece `Wir haben beide'.
In the man's songs, Fischer-Dieskau's amazing command of tonal nuance and word-painting is evident throughout. Nothing escapes his intellect or vocal skills. Many of the glorious love songs are unlikely ever to be delivered again with such velvet tone or such a seductive legato. His Achilles' heel discloses itself in only a few pieces, as when he goes through his tone in an unnecessarily forceful climax to `Dass doch gemalt'. As a whole his partnership with the ever-perceptive Moore provides a wealth of pleasure. One should never forget that Walter Legge, a lifelong Wolf advocate dating back to the 1930s, was the mastermind behind this set." (Alan Blyth, Gramophone)
Elisabeth Schwarzkopf, soprano
Dietrich Fischer-Dieskau, baritone
Gerald Moore, piano
Digitally remastered 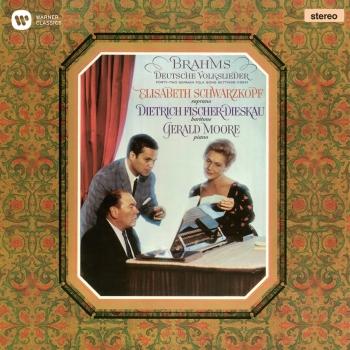 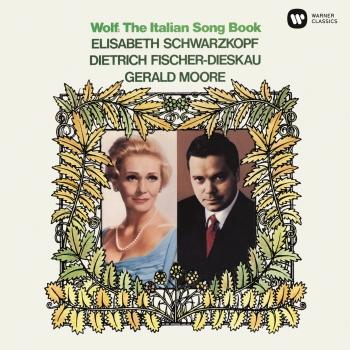