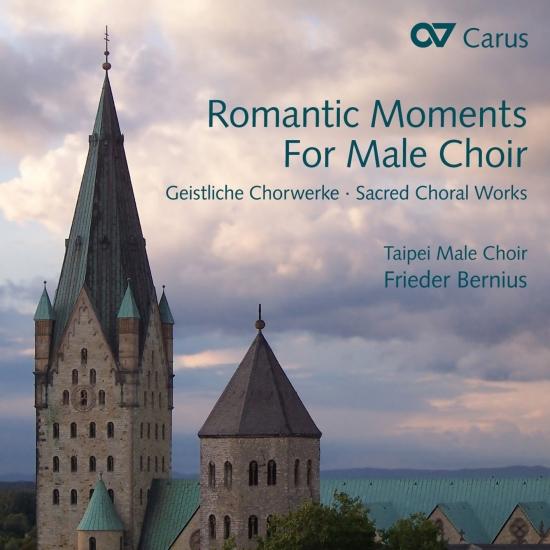 Together with Frieder Bernius the multiple prizewinning singers of the Taipei Male Choir have completed a album recording featuring sacred works for men's choir from the beginning and flowering of German men's choirs in the early 19th century. There are numerous charming rarities to be discovered, among others by Franz Liszt, Georg Joseph Abbe Vogler and Conradin Kreutzer. The choir succeeds, with admirable dedication, in achieving the diverse timbres demanded by these today often unknown works. Since its founding in 1994 the Taipei Male Choir has been invited to sing at many international choir festivals and has been honored with many prestigious prizes.
"Not just a ‘pops’ programme, then, but a searching trawl through a fascinating choral literature. Strongly recommended." (Brian Morton, Choir & Organ)
Sonntraud Engels-Benz, organ
Taipei Male Choir
Frieder Bernius, conductor 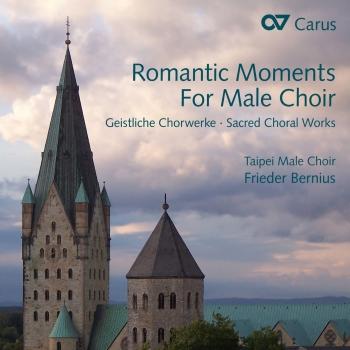 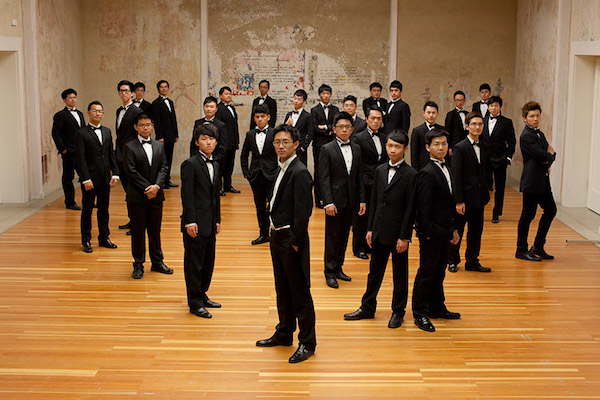 The Taipei Male Choir
was founded in 1997. Since then, the choir has been invited to many international choral festivals and has won several important awards. In 2006, Taipei Male Choir was selected as No. 1 male choir in the world rankings list from INTERKULTUR Foundation and climbed to No. 6 position among all choirs in the world. The choir has toured extensively in Asia and Europe and collaborated with many internationally renowned choral conductors such as Frieder Bernius (Germany), Craig Hella Johnson (USA), Hans-Christoph Rademann (Germany), Ko Matsushita (Japan), Damijan Mo?nik (Slovenia), Jacek Sykulski (Poland) and Florian Helgath (Germany). Taipei Male Choir has released three CDs of classical and contemporary male choral music. The first and the latest recordings won the Best Performance Award at 2011 Golden Melody Award in Taiwan. In 2012, the choir celebrated its 15th season. It joined forces with the renowned German ensemble Die Singphoniker to premiere The Fire of Innocence in the Darkness of the World by German composer Enjott Schneider, a symphonic poem for solo singers, male choir and organ. In December that year, the choir ended the celebration with a concert of newly commissioned male choral music from 13 international composers. In 2014, the choir commissioned and premiered work by Filipino composer Alejandro D. Consolacion II. Since 2005, the choir has invited nine choirs and ensembles from Germany, Japan, Poland and Australia to perform and hold workshops in Taiwan. It has continuously received funding from the Taiwan’s government for its outstanding artistic achievements and efforts in culture exchange. The conductor of the Taipei Male Choir is Nieh Yen-Hsiang.
Frieder Bernius
work has earned great worldwide recognition. He is in demand internationally as a conductor and as a teacher. His principal artistic collaborators are the ensembles he founded himself, the Kammerchor Stuttgart, the Barockorchester Stuttgart, the Hofkapelle Stuttgart and the Klassische Philharmonie Stuttgart. As a guest conductor, he has collaborated repeatedly with, for example, the SWR Vokalensemble Stuttgart, the Deutsche Kammerphilharmonie Bremen, the Stuttgarter Kammerorchester and the Streicherakademie Bozen. Great stylistic versatility is Frieder Bernius’s hallmark. Whether he conducts vocal works by Monteverdi, Bach, Händel, Mozart, Beethoven, Fauré and Ligeti, stage music by Mendelssohn or symphonies by Haydn, Burgmüller and Schubert, his work always aims for a sound that is at once unmistakably personal and at the same time oriented towards the original period sound ideal. He devotes himself equally to the rediscovery of 18th century operas and to first performances of contemporary compositions. He is particularly interested in the musical history of southwestern Germany. Carus-Verlag has awarded Frieder Bernius a Golden CD for his complete recording of the sacred music of Felix Mendelssohn Bartholdy. The award was presented to him during the German Choir Festival in Stuttgart 2016. The sale of over 250,000 recordings, which has been acclaimed with a number of awards, has made a not insignificant contribution to what today is the obvious presence of Mendelssohn's complete œuvre in the concert repertoire.